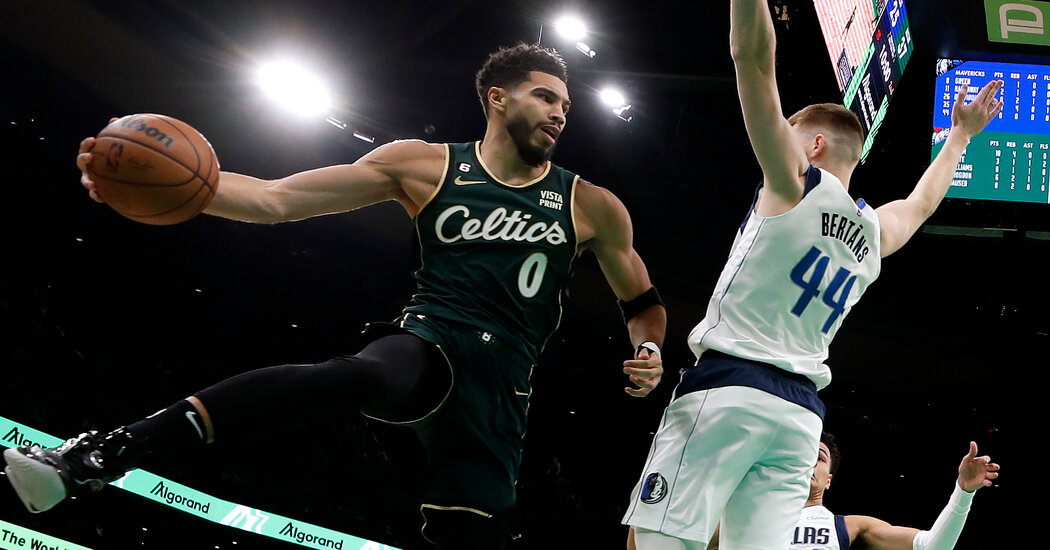 In his absence, Smart, who’s 6 foot 3, has spent more time guarding opposing centers than he would favor. After he averaged 1.7 steals a game last season, when he won the N.B.A.’s Defensive Player of the 12 months Award, Smart is averaging just 1.1 steals this season, a dip that could be attributed to his playing out of position.

“Because I’m guarding the post a lot, you don’t need to gamble an excessive amount of,” Smart said. “It’ll be different when Rob is on the market and I can gamble. But without him, I actually have to be solid for my team and control that back line.”

The Celtics were all about grinding opponents to smithereens last season, once they led the league in defensive rating. Ime Udoka, who was in his first season because the team’s coach, made defense his priority, and it was a winning strategy. Within the playoffs, Boston advanced to the N.B.A. finals before falling to Golden State in six games.

Mazzulla, though, was made interim coach on the eve of coaching camp after the Celtics suspended Udoka for the season for unspecified “violations of team policies.” (In keeping with two individuals with knowledge of the situation who weren’t authorized to debate it, Udoka had a relationship with a female subordinate.)

But while Mazzulla was an assistant under Udoka last season, he has not tried to copy Udoka’s approach. As a substitute, Mazzulla has done things his own way — by recognizing the team’s unique offensive abilities. Entering Tuesday, the Celtics were leading the league in scoring, 3-pointers, 3-point percentage and offensive rating.

It is usually value noting that, as a component of Boston’s off-season trade for Malcolm Brogdon, the Celtics gave up Daniel Theis, a defense-minded center. The trade, in fact, was value it: Brogdon, a degree guard, has been terrific coming off the bench, and Theis has yet to play for the Indiana Pacers this season due to an injured knee.