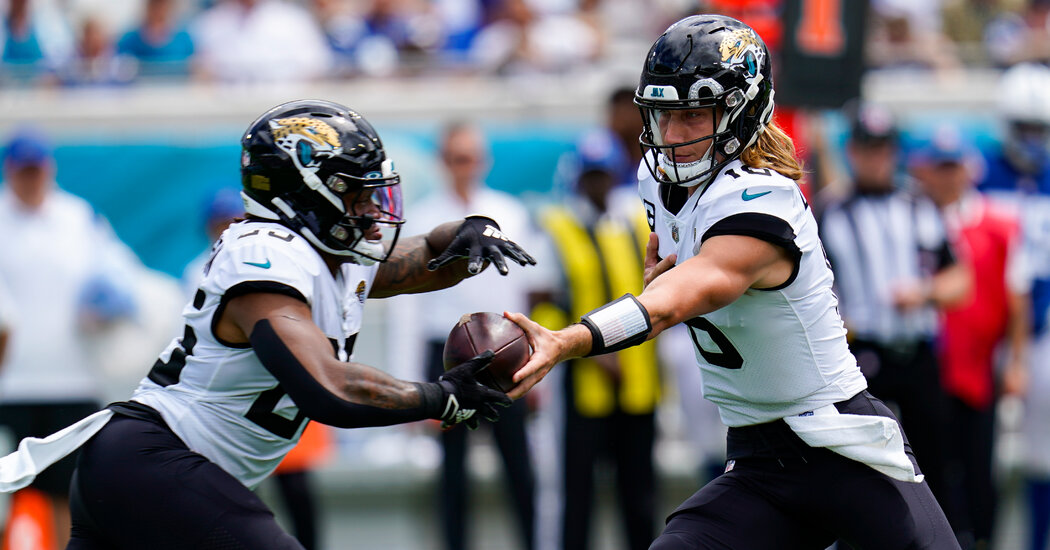 The N.F.C. is home to Brady and Aaron Rodgers, future Hall of Famers grouchily fortifying their positions among the many league’s all-time pantheon, followed by a crowd of familiar veterans with well-established limitations. Jalen Hurts of the Eagles is the one young N.F.C. quarterback playing well immediately, though Kyler Murray of the Cardinals keeps things interesting.

Most A.F.C. teams also aggressively improved themselves within the off-season: playoff hopefuls just like the Dolphins and Broncos through daring trades, weaklings just like the Jaguars, Jets and Houston Texans through multiple first-round draft picks. Consequently, the A.F.C. boasts a deep, intriguing pool of second-tier contenders and upstarts. The N.F.C. is downright feudal by comparison.

Look past the Buccaneers, Packers, Rams and Eagles and also you’ll find:

The two-1 Dallas Cowboys, whose familiar foibles make them unimaginable to take seriously;

The 1-2 San Francisco 49ers, whose best offensive player up to now this season has been punter Mitch Wishnowsky;

The 1-2 Arizona Cardinals, a parking-lot pickup team with a playbook of stapled-together cocktail napkins;

The two-1 Chicago Bears, whose games seem like colorized footage from the Great Depression;

The 1-2 Atlanta Falcons, whose salary-cap situation is a ghost story told by accountants across the campfire;