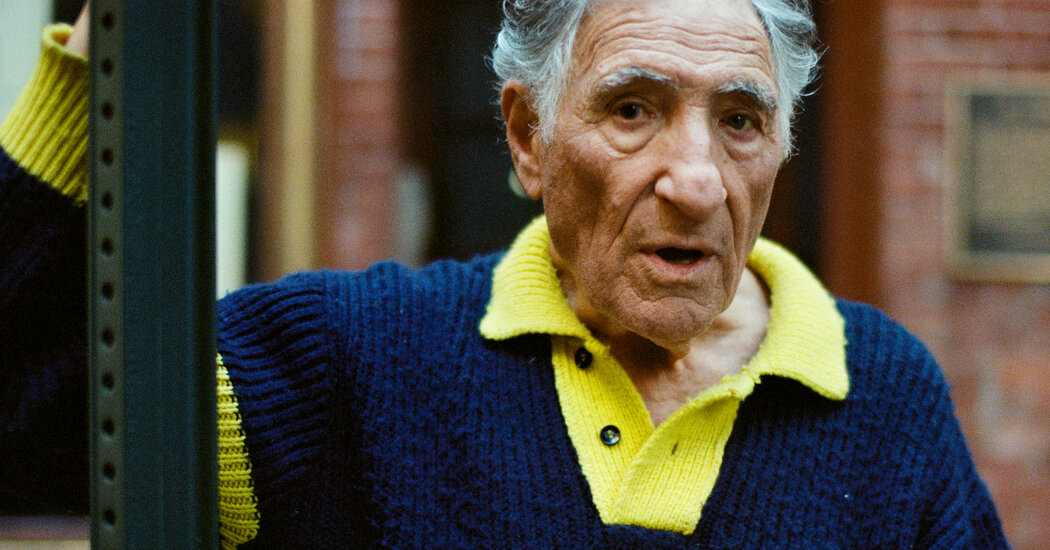 “Have we met before?” Judd Hirsch asked enthusiastically as he strode right into a French bistro last month. “I’ve met everybody before. Perhaps we met while you were a baby and I said, ‘I’ll see you while you’re older.’”

Whenever you invite Hirsch, the veteran actor and raconteur, on a lunch date, you’re going to listen to stories on top of stories — stories you knew you wanted and stories you didn’t know you were going to get.

The easy he took his seat, Hirsch spun a tale in regards to the afternoon’s dining spot, Boucherie West Village, whose constructing once housed the Off Broadway theater where he co-starred in the unique 1979 production of “Talley’s Folly” by Lanford Wilson.

Because the actor told it, an agent affiliated with the play wanted to switch Hirsch because his role within the hit sitcom “Taxi” was going to conflict with a planned Broadway transfer for “Talley’s Folly.”

As a substitute, Hirsch helped bring the play to the Mark Taper Forum in Los Angeles, where he performed it that summer and fall during his downtime from “Taxi.” The next winter, Hirsch said proudly, “I got here back and did it on Broadway, and it won the Pulitzer Prize.”

Riding on similar waves of showbiz know-how and sheer bravado, Hirsch can currently be seen barnstorming his way through an important portion of “The Fabelmans,” the director Steven Spielberg’s semi-autobiographical coming-of-age drama.

Hirsch has only a number of minutes of screen time, playing Boris, the cantankerous great-uncle of its adolescent protagonist, Sammy Fabelman (Gabriel LaBelle). However the 87-year-old actor makes every frame count as he delivers a galvanic speech to the young Spielberg stand-in, exhorting him to commit to his artistic aspirations while warning that they might be in perpetual conflict with the needs of his family.

Hirsch’s unexpectedly intense performance in “The Fabelmans” — the most recent in a decades-long profession spanning stage, screen and a 1972 business for JCPenney polyester slacks — would appear to be a testament to his endurance in a singularly fickle industry.

But while he’s glad for the plum opportunity in a prestigious year-end film, Hirsch couldn’t quite point to any particular reason he ought to be having fun with one other moment within the highlight immediately.

“I don’t know why I get any part that someone else can play,” he said. “Or why I don’t get one after I do need to play it. But I’m sufficiently old to know that’s OK.”

Though he’s long split his time between Los Angeles and Latest York, Hirsch was born and raised in Latest York, and didn’t expect much for himself after studying acting at HB Studio within the early Sixties. “I never thought I’d play anything greater than a construction employee, criminal or some schlubby guy,” he said.

As a substitute he went on to play quite a lot of distinguished roles on television (“Taxi,” “Dear John,” “Numbers”), in film (“Bizarre People,” “Independence Day,” “Uncut Gems”) and onstage (“I’m Not Rappaport”).

Presently, when Hirsch wasn’t kibitzing playfully with a waiter (“You don’t mind if I don’t speak French?” the actor said, looking over his menu. “I could say a few of those words with a French accent”), he was just as keen on sharing anecdotes from an era when he wasn’t well established.

There was, as an example, the fateful introduction he received while visiting Universal to audition for a TV movie within the early Nineteen Seventies.

A lady working there began to indicate him around to other people within the office: “That is so-and-so,” Hirsch recounted. “And that is so-and-so. That is Mr. Spielberg, and he’s sitting behind a desk, and on his desk is ‘Jaws,’ which I had no idea was anything. And she or he said” — his voice dropped to a stage whisper — “‘He’s going to be very big.’”

“He wouldn’t have known of me,” Hirsch said of the fleeting encounter. “Take a look at all of the Spielberg movies since — and I’m not in any of them.”

But their trajectories intersected again a half-century afterward “The Fabelmans.” The dramatist Tony Kushner (“Angels in America”), who wrote the screenplay with Spielberg, said that the Boris character was based on an actual member of the director’s clan.

The actual-life Uncle Boris “had worked in some animal handling within the early days of Hollywood and he had been within the circus,” said Kushner, who has collaborated with Spielberg on “Munich,” “Lincoln” and “West Side Story.” Kushner added that the actual Boris “had lived a wild, itinerant life, and that had made him a fearsome figure to his sister, and to his nieces and nephews.”

The scene written for the fictional Boris was intended to impart a lesson about the associated fee of pursuing a creative life, Kushner said: “Art has an influence that one only imagines one controls. Whenever you access it, for those who’re really practicing it, it’s going to take you to the reality. And the reality is typically going to be very dangerous.”

Hirsch, who was forged after a video conversation with Spielberg, said his preparation was far less weighty.

“He said you possibly can play it with an accent or not,” Hirsch recalled. “After I read it, I said, what schmuck wouldn’t? He’s going to should prefer it this fashion because I’m not going to do it another way.”

Hirsch said he could channel the frantic passion of the film’s Boris, who feels frustrated that his message just isn’t reaching young Sammy. However the actor said there was just one moment he was “truly scared to do,” when the scene required him to get physical with LaBelle.

“I line the child up against the wall and I say, ‘Take a look at me — have a look at me,’” Hirsch said. “In any case that, I would like him to see what I needed to undergo.”

LaBelle said he encouraged Hirsch to “beat the [expletive] out of me.”

He added, “It’s not like I’m hanging on the side of a plane. I’m just getting my face pinched.”

Whether his “Fabelmans” performance garners any attention for a year-end film award, Hirsch noted that he had been down this road before.

Hirsch said he was actually relieved he didn’t win for “Bizarre People,” during which he played a psychiatrist treating a traumatized teenager (Timothy Hutton). Each men were nominated as supporting actors, and Hirsch suggested that Hutton — who ultimately won — was more deserving of the respect.

“I said, what’s the worst thing that might occur to me?” Hirsch explained. “I win this rattling thing after which have to take a look at him and make excuse, excuse, excuse — ‘They made a terrible mistake, it must have been you.’”

After a server asked him if he would love some black coffee (“That’s the standard color, isn’t it?” Hirsch replied without missing a beat), the actor resumed delving into his trove of stories from projects that didn’t earn him any trophies or recognition.

He spoke of his performance within the 1978 drama “King of the Gypsies,” during which his character is shot by Eric Roberts and falls out an apartment window to his death.

“So I said who’s going to try this?” Hirsch recalled. “They said, ‘You.’ I said, ‘OK.’ I arrive on the set and there’s one in all those enormous air mattresses on the street.”

Hirsch said he filmed three takes of his fatal fall, but while the finished sequence within the movie shows him taking gunfire and toppling out the window, the part where his character lands on a automobile was performed by a stuntman.

“Luckily I didn’t should hit a automobile,” he said. “Otherwise, you and I might not be talking here.”