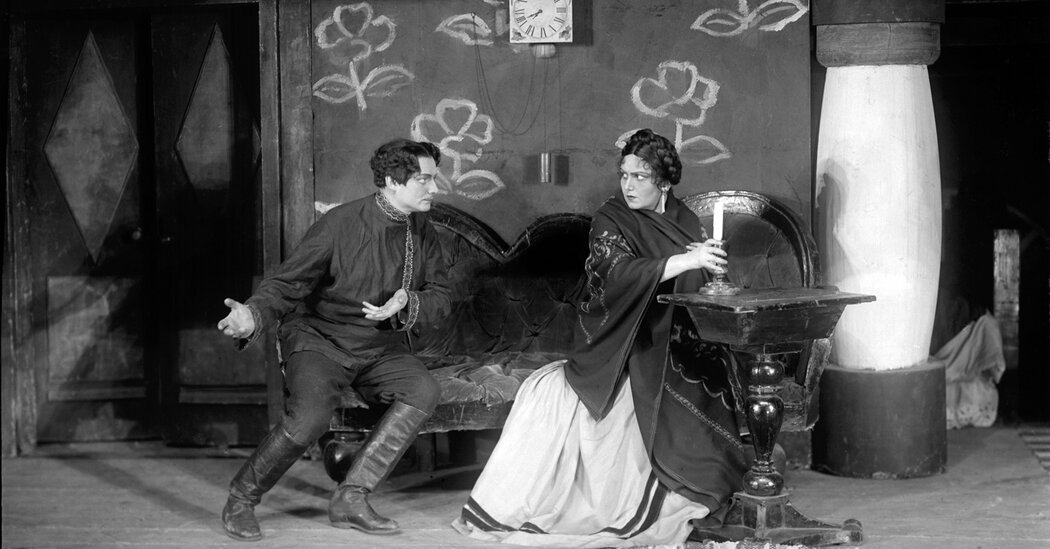 Their writer was an opportunistic journalist named David Zaslavsky, a former bundist (Jewish socialist political movement member) desperate to exhibit fealty to the Party and to Stalin. Shostakovich knew him and possibly came upon that he had written the reviews. Zaslavsky used what he was paid for them to settle his Communist Party membership dues.

When Stalin exited the Bolshoi performance of the opera in disgust, Kerzhentsev launched an arrow at his rival Alexander Shcherbakov, the primary secretary of the Union of Soviet Writers. Shcherbakov had praised the unique Leningrad production of “Lady Macbeth” in a letter to Stalin. Stalin redirected that letter to Kerzhentsev, whose arrow struck Shostakovich.

Zaslavsky’s takedown of “Lady Macbeth” is vulgarly imaginative, centering on Shostakovich’s desire to “tickle the perverted tastes of bourgeois audiences with its twitching, screeching, neurasthenic music.” It “quacks, hoots, pants and gasps for breath with a purpose to present the love scenes as naturalistically as possible.” And “‘love,’” Zaslavsky added, “is smeared throughout the opera in its most vulgar form.”

There are not any love scenes, and the circuslike music of the Act I sexual assault is musically linked to the rating’s other episodes of brutality, something Zaslavsky neglected to say in his condemnation. Nor did he mention that “bourgeois audiences” in the USA didn’t hear the entire panting. It was censored, and, to accommodate conservative critics like Ruth Knowles of the Clean Amusement Association of America, the boudoir scene was concealed behind a curtain.

For Stalin, Zaslavsky served his intended purpose. “Yes, I remember the article in Pravda,” he told a cultural official. “It gave the proper policy.” The journal of the Union of Soviet Composers scrambled to reprint Zaslavsky’s articles and devoted several issues to shaming Shostakovich for his “leftism.”

There are conflicting accounts of Shostakovich’s response to the scandal. Before, Bolshoi dancers remembered him playing through the rating of “The Vibrant Stream,” laughing like a toddler. After, he turned up on the theater on the lookout for his rating in a panic saying he’d do “every thing they need me to.” He was frightened, but he also appeared to be offended, for himself and for Russia, hurt that his art had now to be in some way like Pravda itself — that opera, ballet and the opposite arts needed to read in black and white.