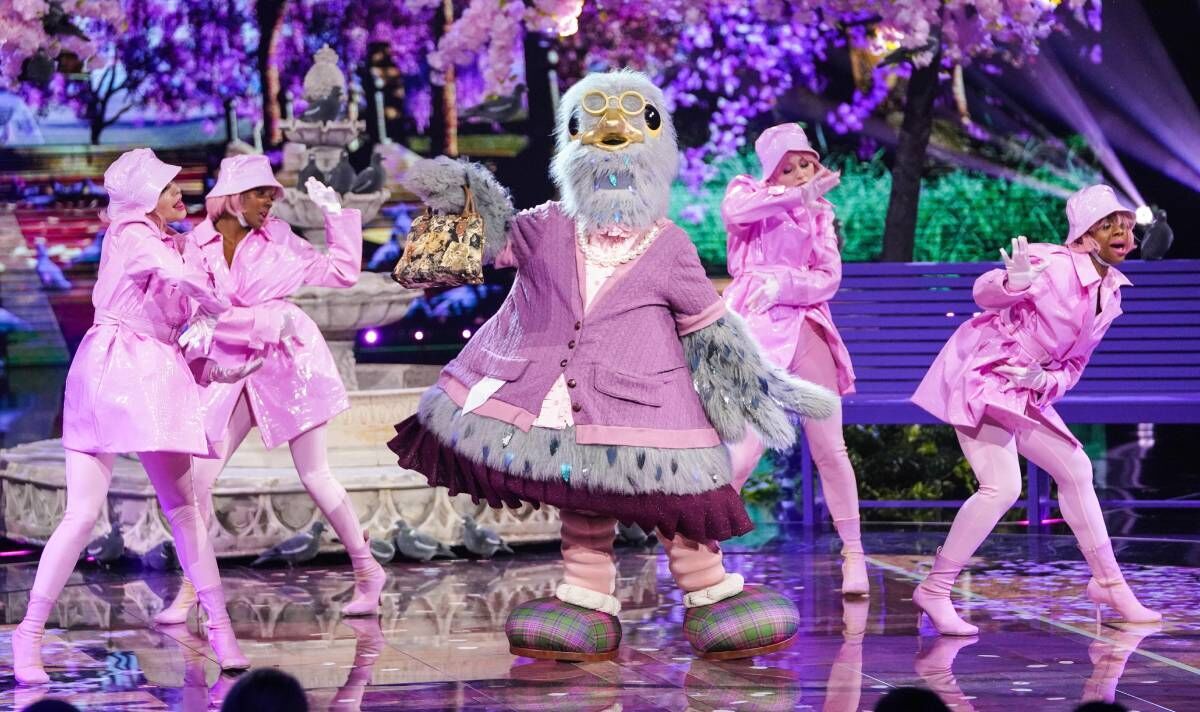 The Masked Singer UK has returned for its fourth outing with a recent bunch of characters to analyse. The second episode of the ITV series introduced Pigeon, an enormous bird wearing granny clothing who immediately got fans’ support along with her enthusiastic performance. Viewers have since been predicting that the celebrity behind Pigeon may very well be a very well-known TV personality.

WARNING: This text incorporates spoilers from The Masked Singer.

The second episode of The Masked Singer welcomed some recent faces to the stage, including the sassy Pigeon.

While initially describing herself as an “old bird”, fans soon clocked on that this wasn’t the case, as she danced to TLC’s No Scrubs.

The judges weren’t entirely sure who it may very well be with singer Rita Ora speculating it was Love Island host Maya Jama and presenter David McCall theorising it to be comedian Emily Atak.

Talk Show host Jonathan Ross joked it might be Queen Consort Camilla Parker-Bowles but comic Mo Gilligan had one other idea which fans have agreed with.

His answer got loads of support from the live audience who cheered when he got here up with the previous The Only Way is Essex star.

When Pigeon appears on stage, she is seen carrying a handbag which has two carrots hanging out of it.

Jordan Lee Clapham guessed this was a reference to the ex-Dancing on Ice star appearing on the panel show 8 Out of 10 Cats.

He said: “The episode concluded with a special bonus round of the ‘carrot game’, where captain Katherine Ryan attempted to influence Gemma that she had a carrot in her box… when she didn’t.”

Pigeon will once more be performing this evening, Saturday, January 22, in a bid to impress the live audience and panellists.

She goes to be facing Rhino, Jacket Potato, Rubbish and Fawn for his or her second performance.

Last week, it was Cat and Mouse who was kicked out of the competition and were revealed to be Spandau Ballet’s Martin Kemp and his wife, singer Shirlie Kemp.

Before them, singer Lulu was uncovered as Piece of Cake and former footballer Chris Kamara as Ghost in week one.

The Masked Singer is offered to observe on Saturday at 7pm on ITV.