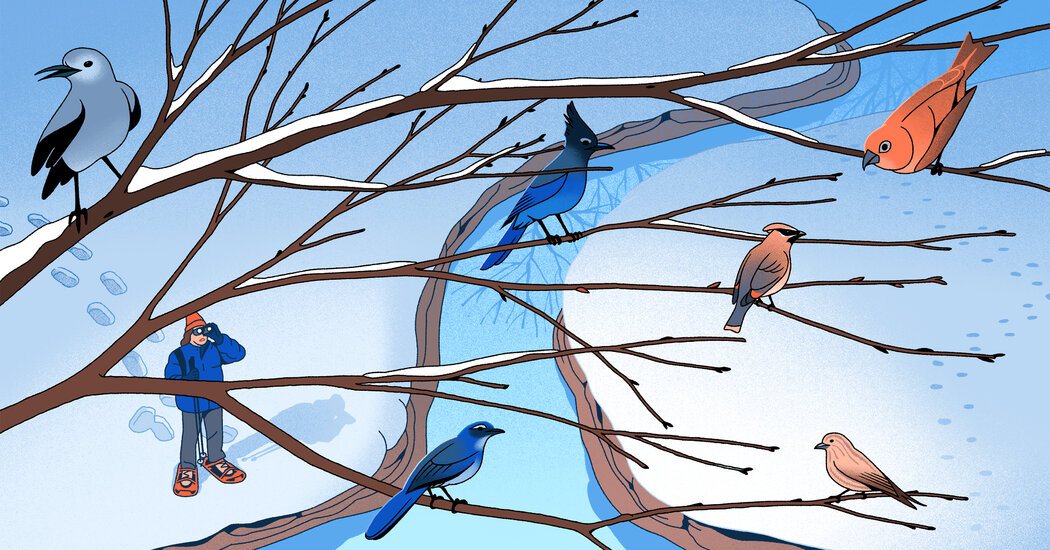 A coyote walking the freshly groomed cross-country ski trails greeted us on the nearby Snowmass Club Golf Course, where we scanned a pond for ring-necked geese, a diving duck with distinctive tattoo-like white, black and grey bills. They were sharing the ice flows with Crayola-bright mallards with vivid orange legs and velvet green heads.

“Geese are in breeding plumage in winter, so that they are at their finest,” Ms. Weiss said.

We looked for brown-capped rosy finches, that are endemic to Colorado and driven down from the high mountains in winter, at a group of feeders at a non-public home nearby within the hills above the Aspen airport (Ms. Weiss is well-known amongst local birders who often allow her access to their feeders). As an alternative, we found a flock of house finches, one other of pine siskins and a diminutive downy woodpecker.

“Nobody knows the precise formula to get rosy finches to their feeders,” Ms. Weiss remarked of the prized birds that otherwise spend their time amongst 14,000-foot peaks, often called “14-ers.” “It’s incredible to see a flock of 150 gorgeous high-altitude birds that occur in Colorado and nowhere else on the planet. They usually’re easier to seek out than to scale a 14-er.”

We ended our tour at Hallam Lake, admiring the fortitude of American dippers, bathing in a snow-banked stream. The continent’s only aquatic songbird, the dark, plump, fastidious birds are considered a harbinger of fresh water.

Despite the cold, nearly 4 hours surveying nature sped by.

“Birding is a superfun option to engage with a landscape and get to realize it on a deeper, type of meditative level,” Ms. Weiss summarized. “You possibly can ignore all the pieces else as you’re watching the birds treasure-hunt.”

While snow muffles the terrain, obscuring the specifics of a forest under an insulating blanket, it could be an important revealer, too. Snow records the frequency of passing animals that so often we cannot see, their tracks telltale within the impressionable landscape.

Interpreting the forest habitat, ACES guides lead nature snowshoe tours departing twice day by day in ski season from Aspen Mountain and the nearby Snowmass ski area ($44 if you’ve a lift ticket, $75 should you don’t).