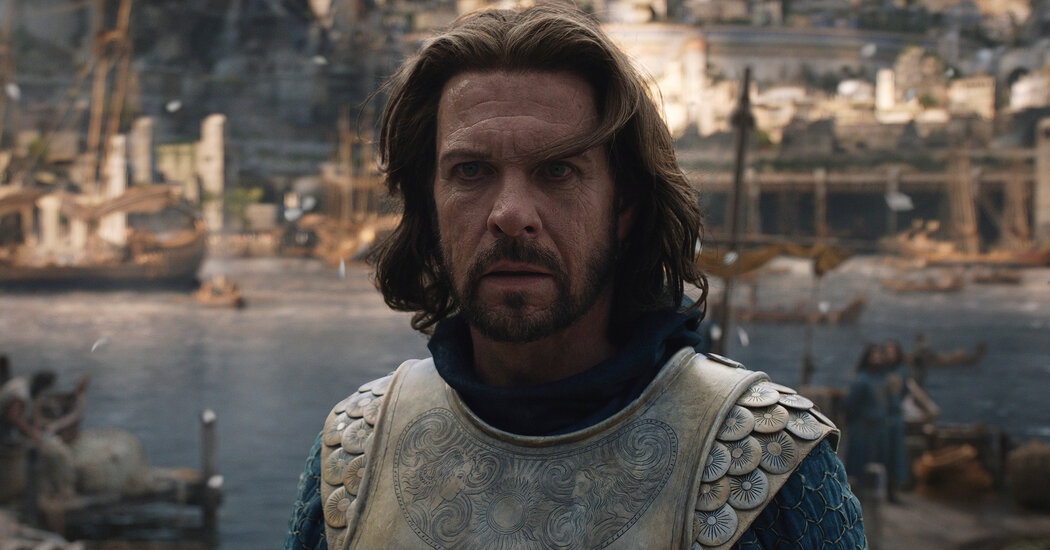 We only get hints about Elendil’s past on this episode. We discover out he has a daughter named Eärien (Ema Horvath). He also has a son, Isildur (Maxim Baldry), who’s in training for the ocean guard, but who would fairly defer his commission to pursue the decision he feels toward their ancestral lands. “There’s nothing for us on the western shores,” Elendil replies, mysteriously. “The past is dead.” Put a pin in that. For now, just note that this family, for whatever reason, is trying very hard to rebrand themselves as sea folk.

The orcs are back, and scarier than ever.

Last week, a stray orc terrorized Bronwyn and her son within the Southlands; and while the beast was suitably imposing, it was nowhere near as muscular or fearsome as the opposite orcs we’ve got seen in “The Lord of the Rings” movies. I wouldn’t say the identical concerning the orcs that kidnapped the Silvan elf Arondir at the top of Episode 2, and who in the beginning of this episode carry him off to their prison pit, “For Adar.” (This explains the episode’s title, although we don’t see the actual Adar until the very end, in silhouette.)

The prison sequences are equal parts horrifying and thrilling, as Arondir and his fellow elf captives plot an escape that seems downright inconceivable, given the dimensions and viciousness of the orc guards. This week is light on blockbuster-quality motion, until Arondir turns his shackles into weapons, whipping the chains around and leaping through the air. His gusto only makes it all of the sadder when the escaping elves get pierced by arrows as they struggle to crawl out of the pit.

The Harfoots may look friendly, but they’ve a flinty side.

At the beginning of the series, we’re told that the lifetime of a Harfoot is superior to other Middle-earth races, since the halflings haven’t any responsibilities. They simply eat and play, having fun with what the land provides. However it is rarely quite that easy, is it? The Harfoots must do plenty of work to cover their existence, for one thing. Also, during their regular migrations — which they’re preparing for originally of this episode — they leave friends and relations behind in the event that they can’t sustain.

Certainly one of the more haunting scenes this week involves the Harfoots paying tribute to their fallen, in a ceremony led by the elder Sadoc (Lenny Henry), who talks about how, “In life, we couldn’t wait for them,” before leading his people in the decision “We wait for you!” as he reads the departed’s names.