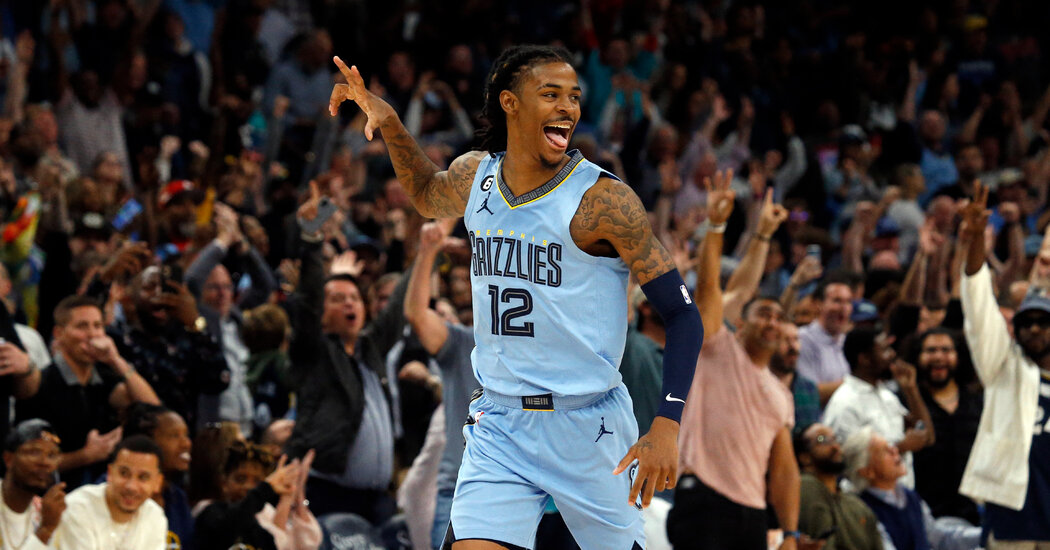 The Grizzlies also appear to know confidence is contagious.

After an October win over the Sacramento Kings, the rookie Jake LaRavia was chosen for the postgame interview on the team’s local broadcast after he scored a profession high 13 points. Jones joined the interview and chanted, “Shoot the ball, Rook!” as LaRavia spoke, and Jackson patted LaRavia on the top. Adams arrived just a few seconds later and hugged LaRavia around his shoulders before leading the group in a cheer — a version of the Spanish word for “yes” — made famous by the soccer star Cristiano Ronaldo.

Their energy has carried over from last season, but they’re still working on becoming whole for an additional run to the playoffs. Jackson is anticipated to return from his foot injury inside the following month or so. Danny Green, 35, whom the Grizzlies acquired in a summer trade with Philadelphia, has not played yet because he’s recovering from a knee injury.

The Grizzlies were tied with Portland for the second-best record within the Western Conference entering Sunday’s games. They’ve fumed about each loss as if it counted for greater than just one in all the season’s 82 games.

Months remain until they’ll have one other probability to attack the playoffs, so that they aren’t talking about that much, right away.

But they’ve talked about it. Bane and Morant have discussed winning a championship together in Memphis in the future. Morant signed a five-year extension in July. Bane is under contract through the 2023-24 season but can negotiate an extension next summer.

“Not saying this 12 months or next 12 months — who knows when it comes,” Bane said of winning a championship. “But that’s our goal before we move on to our next step in life, whatever which may be.”

He said it with the quiet confidence of somebody who believes this is simply the start.