‘The Triangle of Sadness’ Wins Palme d’Or at Cannes 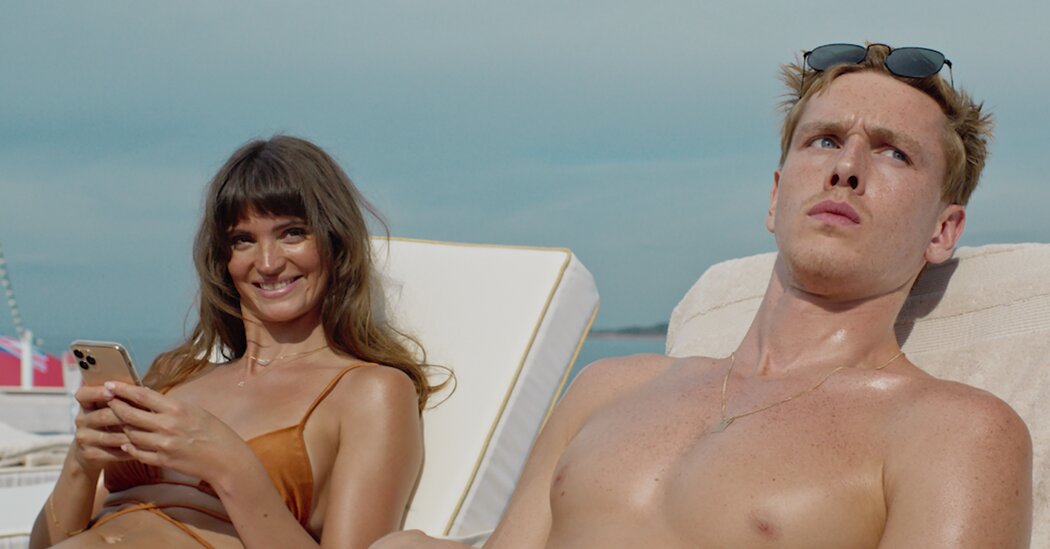 CANNES, France — The satire “Triangle of Sadness,” from the Swedish director Ruben Ostlund, won the Palme d’Or on the seventy fifth Cannes Film Festival at a ceremony here on Saturday. A blunt, ugly sendup of sophistication politics, the movie had sharply divided critics.

The awards ceremony ran a comparatively painless 90 or so minutes, one other reminder that the emphasis at Cannes stays on the flicks themselves, not the accompanying circus. Held contained in the magnificent Grand Lumière Theater contained in the festival’s headquarters — with the nine-person jury watching from the stage — the awards confer critical legitimation and generate much-needed public relations for movies that, years into the pandemic, are headed right into a still-difficult world for art cinema.

The Grand Prix — the festival’s second prize — was split between “Close,” from the Belgian director Lukas Dhont, and “Stars at Noon,” from the French auteur Claire Denis. “Stars at Noon” was brutalized by critics, nevertheless it wasn’t wholly a shock that it won an award: Vincent Lindon, the president of this 12 months’s jury, has appeared in several of Denis’s movies. “Close,” a critical and audience favorite about two 13-year-old boys whose friendship is tragically tested, drew warm applause from the Lumière audience.

The Jury Prize, the third prize, was split between two very different dramas: “EO,” a heartbreaker a few donkey from the Polish auteur Jerzy Skolimowski, and “The Eight Mountains,” a coming-of-age story from the Belgian filmmakers Felix Van Groeningen and Charlotte Vandermeersch. Skolimowski, 84, began his acceptance speech by thanking (and naming) all six of his donkeys — including a bit of beauty called Taco. For her part, Vandermeersch appeared to surprise her co-director and partner by repeatedly kissing him right before he began his acceptance speech.

The South Korean director Park Chan-wook won the director prize for “Decision to Leave,” an entertainingly twisty thriller (which riffs on Hitchcock’s “Vertigo”), which was a critical favorite. “That is so cool,” Park said in English on taking the stage, though he also added an expletive.

The screenplay award was given to the engrossing (and chatty) drama “Boy from Heaven,” from the Swedish director Tarik Saleh. The film traces the political intrigues swirling around a young Egyptian student, a Sunni Muslim, soon after he begins studying at a strong religious university. After accepting his award, Saleh dedicated his prize to young Egyptian filmmakers: “Raise your voices, and tell your stories.”

In one among the larger surprises of the evening, the most effective actress went to Zar Amir Ebrahimi, the star of the widely disliked true-crime drama “Holy Spider,” from the Iranian-born director Ali Abbasi. She plays a journalist who faces the indifference and misogyny of the police as she tracks down a serial killer. The very best actor prize was given to Song Kang-ho, the sensible South Korean actor (“Parasite”), for his sensitive, soulful performance as a baby trafficker in “Broker,” the most recent from the Japanese auteur Hirokazu Kore-eda.

A special prize to commemorate the festival’s seventy fifth anniversary was given to Jean-Pierre and Luc Dardenne, who were in competition again with “Tori and Lokita,” about two undocumented African immigrants in a cruel, profoundly inhospitable Belgium. The Dardennes are amongst essentially the most justly honored filmmakers within the history of Cannes, having won the Palme twice (for “Rosetta” in 1999 and “The Child” in 2005). This award was hard-earned.