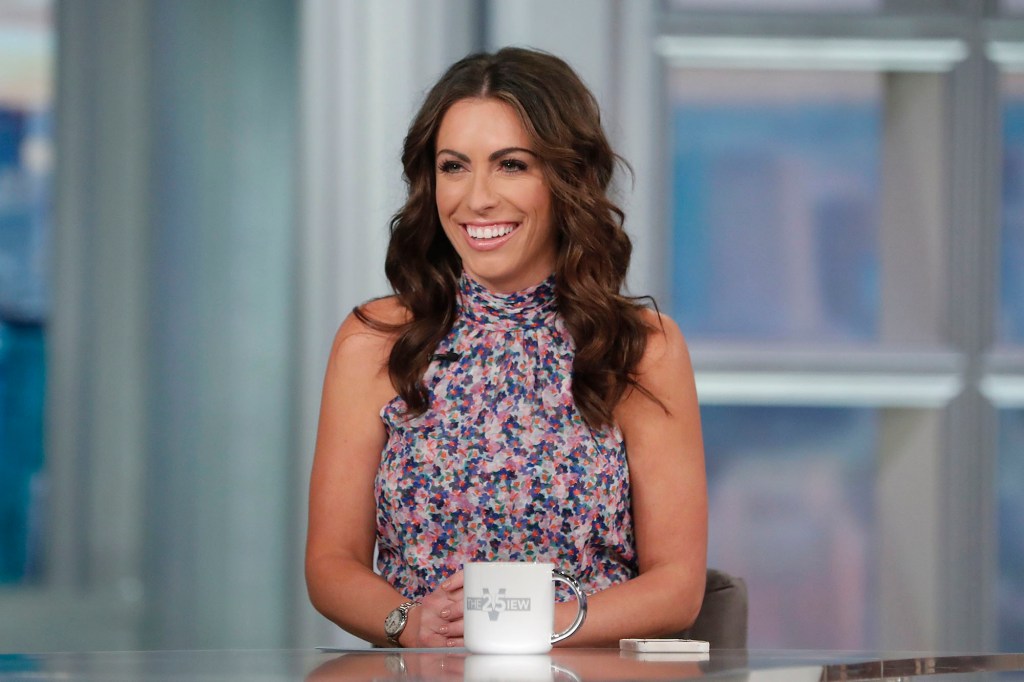 One other polarizing season of “The View” is wrapping up this summer — and a bombshell “hot topic” about who the following conservative co-host might be is about to drop, The Post can exclusively report.

The daytime juggernaut, which celebrated 25 glorious, feather-ruffling years this week, is about to announce who will replace self-proclaimed “mountain mama” Meghan McCain after her “miserable” and abrupt exit last summer.

A bevy of right-sided guest hosts have been cycling through on-air audtions for the highest spot — and an insider has revealed those repeat tryouts are those to observe out for relating to the everlasting gig.

“You might be beginning to see familiar faces time and again,” the source told The Post. “I’d expect an announcement before the season ends on August 5.”

The source added: “If you happen to watch the show, you possibly can see people who find themselves coming back commonly to affix the co-hosts on the table. It is a useful experience for the show. And it was at all times the plan to be certain that they had a seat on the table.”

In other words — the informed guessing game is on, so concentrate!

Alyssa Farah Griffin as guest co-host on “The View” on May 24, 2022. Griffin is the front runner for the everlasting position. ABC via Getty Images

Probably the most frequent repeat guest co-hosts include Alyssa Farrah Griffin, the 33-year-old former communications director for President Donald Trump, and former GOP communications director Tara Setmayer, 46. Each are being considered for the everlasting seat — with some sources hinting that Farrah is prone to be the frontrunner.

Note: Within the two long, long-winded months since McCain’s exit, Griffin has been a mainstay every month — and even made an prolonged appearance in June. No other guest host racked up that tally this season. 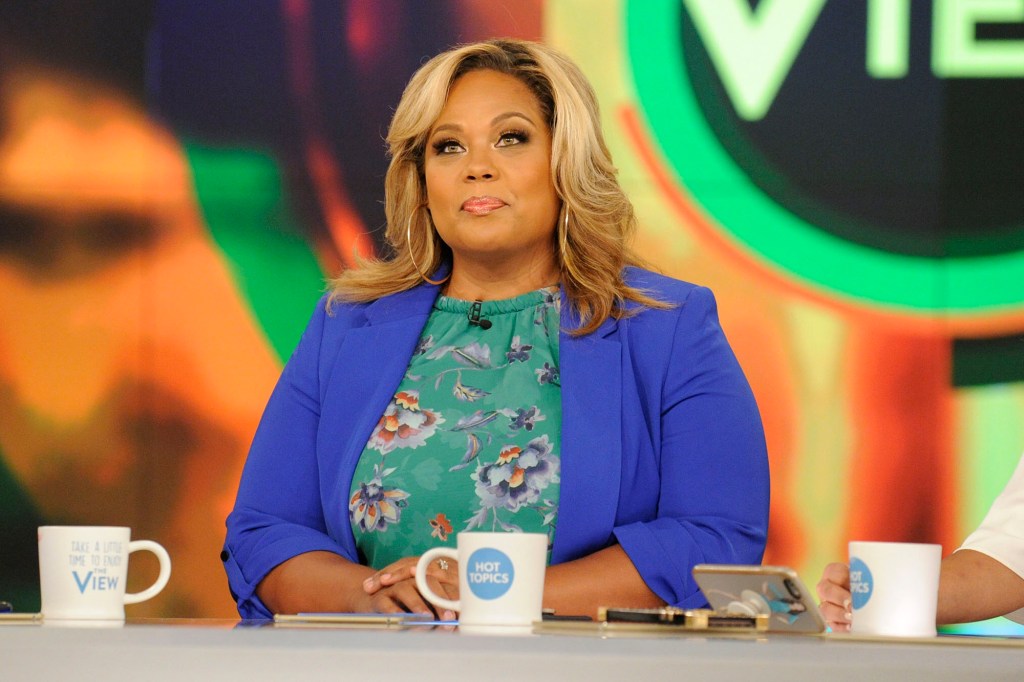 A rep for ABC has not responded to The Post’s request for comment.

Meanwhile, conservative writer and media pundit Ann Coulter previously told The Post she can be willing to tackle the role.

“Yes, after all I’d [take the job] but they are going to never pick me,” Coulter, 60, said. “[It seems] they don’t mean what they are saying. You is likely to be exposing a double-secret requirement: Have to be a dumb, easy-to-push-around Republican.”

The present ladies of the talk show —  Whoopi Goldberg, Joy Behar, Sunny Hostin, and Sara Haines — are set to go on hiatus next week and can return to complete out the remaining of the season on July 11.

The twenty sixth season will pick back up after Labor Day.

The brand new co-host announcement will come on the heels of several scandals and dramatic incidents which have plagued — or promoted, depending in your fan stance — the show over the past season. 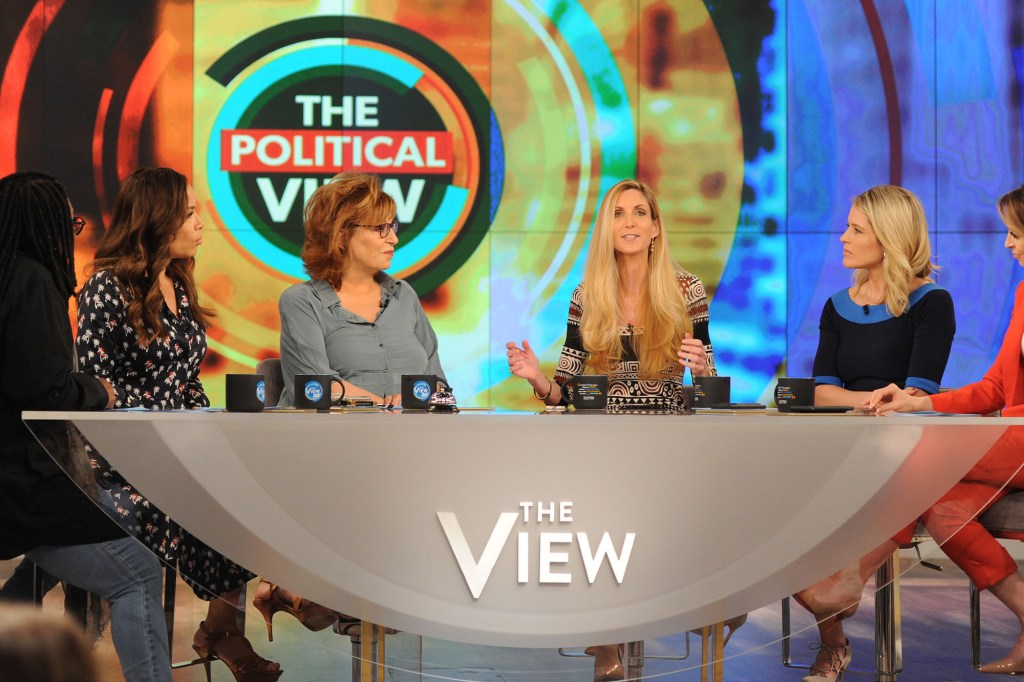 Ann Coulter told The Post she doesn’t think she has a shot on the much-coveted conservative slot on “The View.”Disney General Entertainment Con

In February, the at all times controversial Goldberg, 66, was suspended from the ABC network after saying the Holocaust was “not about race.”

The following month, Behar, 79, suffered a dramatic fall, face-planting in front of the live studio audience — and the 2 million-plus viewers at home.

Despite their nonstop parade of hoopla, it appears nothing can shake the women of “The View.” They continue to be the reigning daytime chat champs while others drop like flies.

While “The View” is renewed for a twenty sixth season, other daytime talkers are struggling. “The Talk” hit a recent rankings low three months after Sharon Osbourne’s dramatic exit, and “The Real” was canceled after eight seasons in April.

And in May, Ellen Degeneres said her goodbye after 19 years on the air.

The “conservative” slot comes with its own specific set of challenges, in response to former stars who filled the coveted slot.

“At once, we still do need a very conservative voice,” legal eagle co-host Hostin, 53, proclaimed because the hunt for a recent conservative forged mate heated up. “I also imagine it’s really essential to not have someone on the panel who spreads misinformation, who adheres to the large lies, who’s an anti-vaxxer, because I believe that’s dangerous.”

The longest running right-wing host, Elizabeth Hasselbeck, survived on “The View” for 10 seasons, from 2003 to 2013. But it surely was not without struggles. On May 23, 2007, Hasselbeck got into an infamous on-air “split screen” argument with co-host Rosie O’Donnell regarding the war in Iraq, which she supported and O’Donnell opposed.

The heated moment was caught on camera and made waves nationwide on the time.

“We had a respectful understanding of one another’s roles. At any time when we got in a fight, she would talk it out,” McCain, 37, said of Behar in her audio memoir “Bad Republican.” “The thing that makes me really, really sad is there was a time period that I got along rather well together with her.”

The 2 clashed countless times over politics concerning Joe Biden’s meeting with Russian President, Vladimir Putin, Donald Trump, the handling of mask mandates, etc. Things took an actual turn in January 2021, when only two days after McCain returned from maternity leave, Behar told her she didn’t miss her in any respect.

“I had postpartum anxiety. After I was back, I used to be really nervous. It was like starting TV all once again. I felt unsteady. I used to be attempting to make a joke, ‘You missed me a lot.’ If you happen to watch the clip, her response could be very sharp,” McCain continued, adding that Behar didn’t apologize to her, though she cried throughout the industrial break and had a panic attack in her office when the show ended.

John McCain’s proud daughter’s fellow conservative panelist pal — Abby Huntsman — preceded McCain’s exit in January 2020. On the time, she said it was to assist out her dad, Republican politician Jon Huntsman Jr., along with his Utah gubernatorial campaign.

Nevertheless, Huntsman, 36, later admitted the honest reason for her departure: The show’s workplace environment, she said, “didn’t reflect my values” and was “rewarding people for bad behavior.”

Welp: Good luck to the brand new hire — and take a bit time to enjoy your possibly short-lived view!