The Way of Water dominates box office for 2nd week 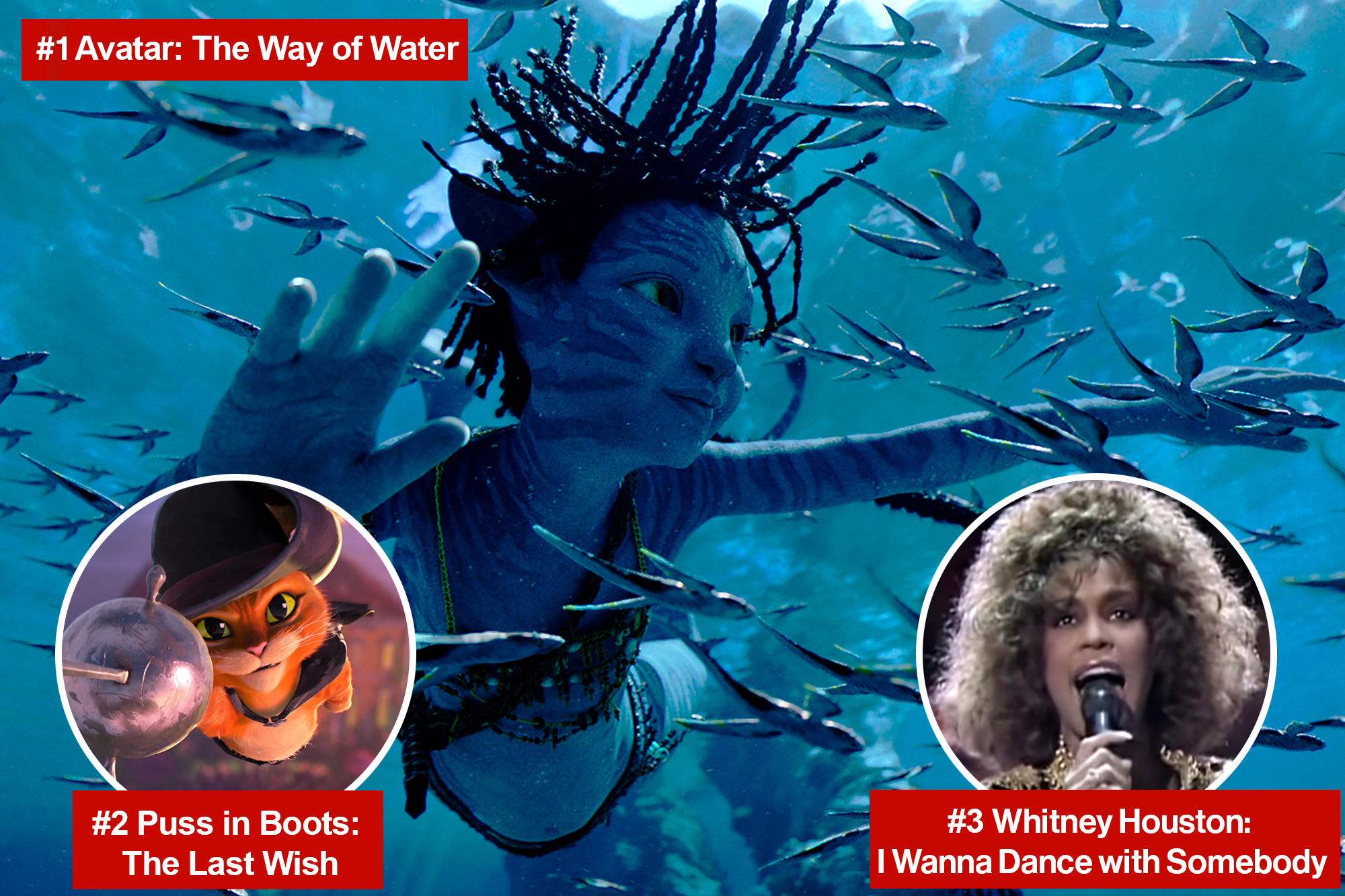 “Avatar: The Way of Water” blew its competition out of the water again Friday.

For the second straight week, the James Cameron sequel led the box office, and on Friday alone, pulled in $19.5 million in sales.

Antonio Banderas, who plays the titular role, “treats this self-absorbed Spanish kitty who continuously speaks within the third person prefer it’s his Hamlet,” The Post said.

The biopic “Whitney Houston: I Wanna Dance with Someone” got here in third with just over a $2.7 million tackle its opening night.

The Post called the musical drama, which stars Naomi Ackie, “a travesty.”

“Black Panther: Wakanda Without end,” which was in second place last week, got here in fourth, earning $1 million.

The dark comedy “Violent Night” moved to fifth on Christmas weekend, from third last week, with $970,000 in sales.