‘The Wire’ at 20: A Baltimore Photographer Considers Its Impact 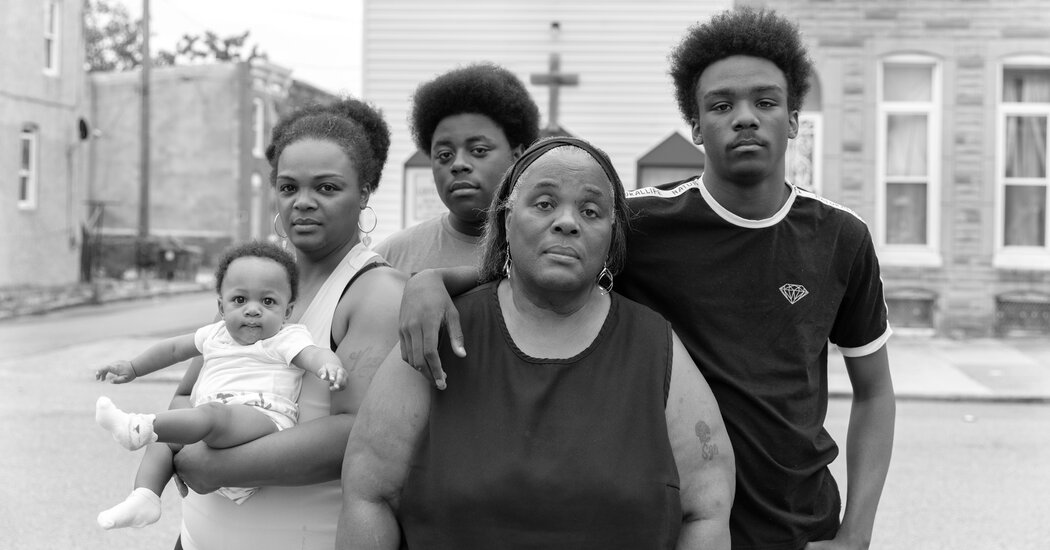 A Baltimore photographer considers the HBO drama’s impact on the town where he was raised, 20 years after the show’s debut.

Photographs and Text by Gioncarlo Valentine

I used to be born and raised in Baltimore. I used to be in middle school when “The Wire” was made — it filmed near McCulloh Homes and likewise sometimes near Harlem Park, where my school was situated. Back then everybody thought, wow, that is Baltimore’s moment. It was a really exciting experience for the town.

I used to be too young to look at “The Wire” in middle school. After I saw it in college, I assumed the acting was really wonderful. Wendell Pierce, who played Bunk Moreland, is considered one of my favorite actors, and as a queer person, I assumed Michael K. Williams’s Omar was really beautiful — how gentle he was together with his partner in contrast to how ferocious he seemed on the earth. That type of stuff was stellar.

But there was little or no concerning the interior lifetime of Baltimore, and little celebration of any aspect of the town. It showed only this flattened idea of Baltimore as: drugs, poverty, criminality, corruption, violence. If you’re watching television, as a Black person, you should see Blackness rendered with humanity, rendered as you understand it on the earth. I don’t imagine that the show succeeded in showing that.

But I used to be interested in how the community felt. Who liked it, and why? What has it been like for you 20 years after the show was filmed in your neighborhood? What did “The Wire” do — or not do — for Baltimore?

I do know what I believe, but I desired to know what other people thought.

Michael Turner Jr., an adult day care employee who grew up in West Baltimore: I definitely feel prefer it was being honest about Baltimore. We’ve a ratchet, raw-ass city, and so they gave ratchet and raw in “The Wire.”

Carnell Burrow, the owner of Every thing Auto Repair, in West Baltimore: “The Wire,” it brought back memories of the early ’80s. The East Side and the West Side, the fact of individuals being killed and putting them within the vacant buildings. The reality is the reality — “The Wire” didn’t do it. I believe it made a whole lot of other cities type of look as much as Baltimore.

Gilda Bain-Pew, a resident of the Reservoir Hill neighborhood of West Baltimore: I definitely see out on Pennsylvania, people sell drugs. The cops sit on the corner in a automotive, prefer it’s perfectly OK. I don’t understand that. You already know the repercussions of what drugs do to the community, and also you sit there and permit it to occur? I don’t get it. I don’t get it.

I believe if you happen to grow up and also you watch “The Wire,” you’re like: “My city got it occurring. They did a complete show about us.” So you work, OK, those people showed you individuals who were famous inside their communities due to drug dealers that they were. So if you happen to can’t get fame doing something else, and that’s how you might be big-time in your community, that’s what you do.

Peggye Butler, a retired elementary schoolteacher who taught for 18 years for Baltimore City Public Schools: The positiveness of the show, for me, was that there was life in spite of everything of the drug addiction, in spite of everything of the deaths. And if people could have just grabbed hold of that — that there was life after that. But no one could grab hold of that.

Selena Noble, who lives near the locations used as “Hamsterdam” within the show: I assumed it was great that they were doing something. I mean, I didn’t like the way in which people were going to portray Baltimore. However it was nice that the people decided to do it here and, you understand, make something for our town.

Wendell Blaylock, who’s from Northeast Baltimore: It’s positive within the sense that this city dropped at the forefront considered one of the best scripted television shows ever, in my view. The bad side is a whole lot of people see that as an outline not only of Baltimore, but urban America overall. Like that’s all we do. And it’s not the case.

Leslie Davis, who didn’t watch “The Wire” until recently: I didn’t want to look at “The Wire” because I’m from here. Every thing that they portraying on TV, I literally see daily. So I just didn’t wish to see it portrayed to the masses the way in which that they did.

Jacob Marley, who was in elementary school when the show got here out: It created a template for media to come back.

I feel like there’s almost like a popularity contest with, like, essentially the most violent and dangerous cities in America. We definitely have just a little little bit of an edge on us that type of overshadows all the things else occurring due to shows like this, and due to things that the show’s based on.

Cheyanne Zadia on the character Snoop, played by Felicia Pearson: I can’t name too many shows that, from an actual relatable Baltimore perspective, showed a lesbian in that way on television during that point.

James Scott Sr., a West Baltimore resident who watched “The Wire” when it aired: It was one of the best thing that ever happened to this city. Because people could relate to different characters: the tough guys, the weak guys, the down-low guys, all of that. I just needed to see it every week, and I wasn’t really a TV man. But when that got here, I loved it.

Benjamin Warner, a author and lecturer at Towson University who has volunteered in Baltimore schools: It stays a type of voyeuristic place of danger to people outside the town. Particularly for educated, middle-class white people, it’s an odd point of pride — kind of in a negative way. It’s a technique to say that you just come from a spot that’s kind of “tough” or “dangerous” without actually having to interact with that community.

Having worked in a pair city schools now, considered one of the things “The Wire” did was humanize students or young people who find themselves in public schools in West Baltimore.

A few of those characters have stuck with me for 20 years, particularly the children.

Maurice Braxton, who lives in West Baltimore: A number of people spend time in Chicago and know that Chicago will not be what you see in, say, “Chicago P.D.” “The Wire” has been different for us. Because regardless of where I’ve gone, after I tell people I’m from Baltimore, they immediately consider “The Wire.”

The indisputable fact that there’s the legacy — that’s the unlucky thing. It must have just been a TV show, and other people say it was an incredible show and moved on. But they conflated “The Wire” with reality. It’s not Baltimore’s reality.

Tamira Hall, who lives in West Baltimore: The sport hasn’t modified; the players have modified.

It was great TV. But it may well’t be divorced from the indisputable fact that it’s painting an image of a city and real life for real people. That’s the rub for me, the stress that I struggle with. The impact is regrettable.