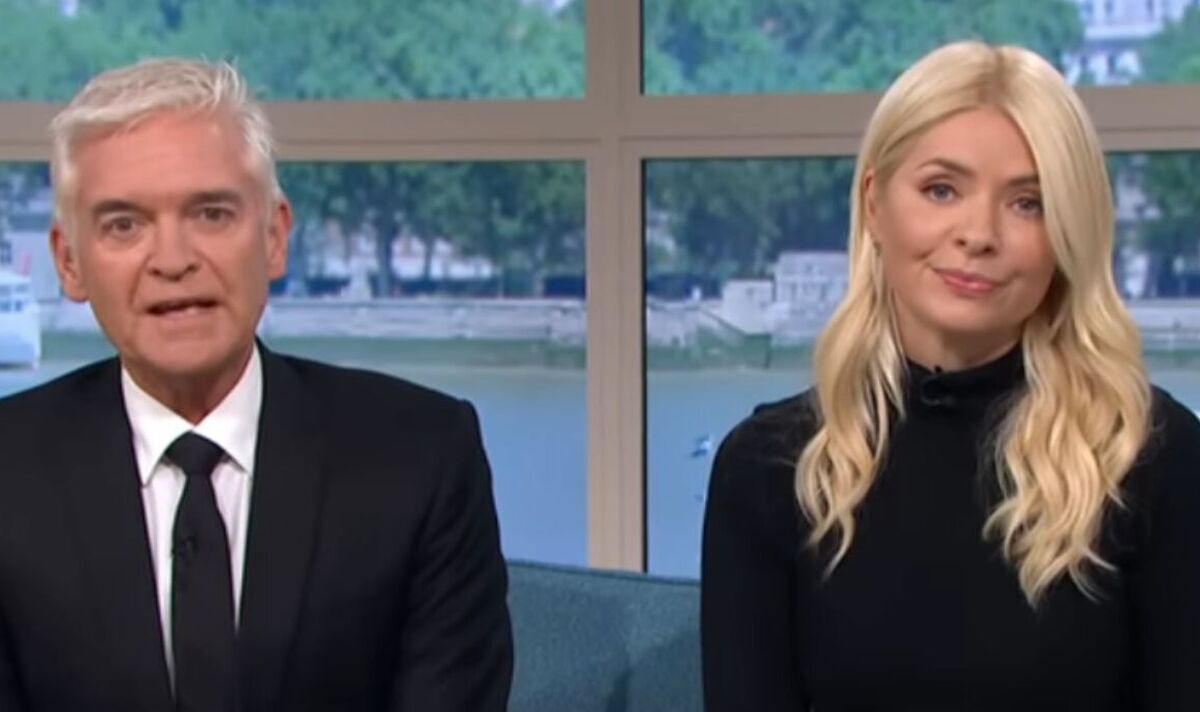 Holly Willoughby and Phillip Schofield have sparked a backlash online following their visit to Westminister Abbey where they paid their respects to Queen Elizabeth II. 1000’s of individuals have been queuing for hours outside overnight, simply to spend just a few minutes marking the monarch’s life. Celebrities like Susanna Reid and David Beckham were among the many members of the general public, who waited for hours to be let in.

Nonetheless, viewers were left furious when Sky News footage showed Holly and Phillip being let within the press’ entrance.

Many indignant fans have taken to social media to air their frustrations, with many threatening to “boycott” This Morning.

Ocean Jasper raged: “That’s the word I used to be on the lookout for! SMUG #HollyWilloughby and #PhilipScofield are SMUG & ENTITLED. They will not be statesmen or royalty! They think they’re higher than us! Boycott #This Morning.”

James H commented: “Who’s able to boycott This Morning from Tuesday? We are able to show OUR respect for what they did. ITS OUTRAGEOUS. People queuing for +12HRS within the cold & rain and so they can just jump the queue. Disgusting!” (sic)

Ruben Govinden fumed: “#PhilipScofield do you’ve gotten any respect in any respect for the people you claim to be concerned about? I’m disgusted that #ThisMorning sanctions this appalling behaviour. I expect an apology or walk away. Your selection.”

Phillip and Holly are yet to handle the criticism publicly, but ITV have confirmed the duo were at Westminster to film a segment for This Morning.

An ITV source has since said to Express.uk that Holly and Phillip had a press accreditation to be there and were at Westminster Abbey alongside a number of other broadcasters and national press outlets for an item that can be broadcast on Tuesday’s show.

The source added: “Holly and Phillip weren’t capable of pay respects in the identical way that the queueing public would have, subsequently [were] not jumping that queue.”

Despite the backlash, Susanna Reid and David Beckham are among the many celebrities praised for queuing with the general public.

Earlier this week, the Good Morning Britain presenter shared an insight into the queuing process.

Taking to social media, she shared a snap of Westminster Abbey at night.

She wrote: “Evening – together with my lovely mum and her excellent friend, I actually have just experienced a moment in history – witnessing the Queen lying in state in Westminster Hall. Without delay majestic and peaceful.

“Should you are planning to queue listed below are our suggestions. We joined at 1.23pm near Butlers Wharf and entered Westminster Hall at 8.43pm – 7 hours 20 mins.

“Wear the comfiest shoes you own. Go together with someone in case you can, although everyone within the queue was friendly.”

She added: “Don’t carry an excessive amount of in a bag – water is freely available and there are plenty of cafes along the route. Also loads of toilets. I put my phone on low battery mode and it lasted all the time.

“The primary a part of the queue is for wristbands. Ours got out at Tower Bridge about an hour after we began queuing. There is no such thing as a queue jumping – people waited patiently for wristbands and once you’ve gotten one you possibly can leave the queue for snacks/loo stops & slip back in.”