Thom Bell, a Force Behind the Philadelphia Soul Sound, Dies at 79 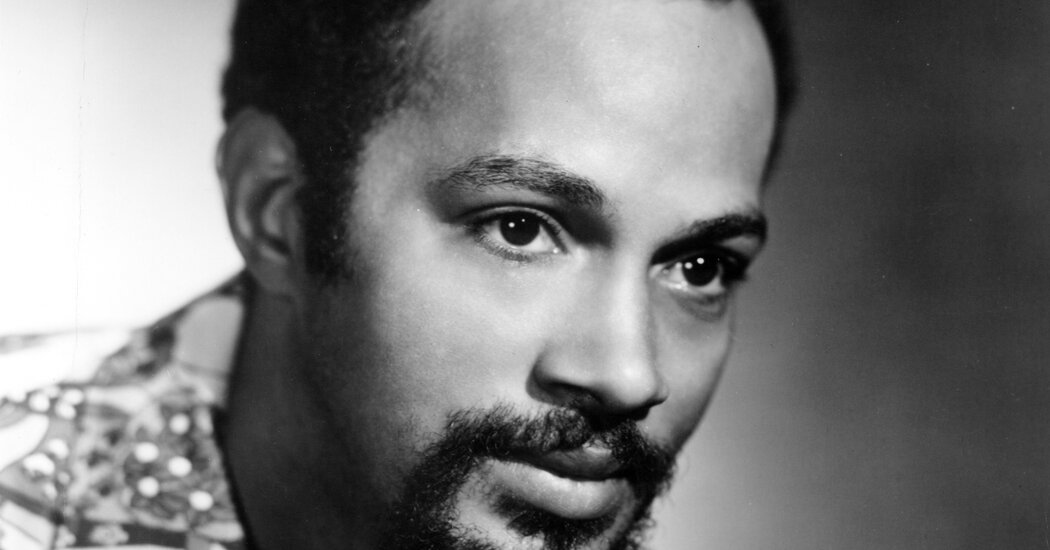 Thom Bell, the prolific producer, songwriter and arranger who, as an architect of the luxurious Philadelphia sound of the late Sixties and ’70s, was a driving force behind landmark R&B recordings by the Spinners, the Delfonics and the Stylistics, died on Thursday at his home in Bellingham, Wash. He was 79.

His death was confirmed by his manager and attorney, Michael Silver, who didn’t cite a cause.

Together with Kenny Gamble and Leon Huff, Mr. Bell was a member of the songwriting and production team — the Mighty Three, as they were called (and as they branded their publishing company) — that gave birth to what became often known as the Sound of Philadelphia. Renowned for its groove-rich bass lines, cascading string choruses and gospel-steeped vocal arrangements, the Sound of Philadelphia rivaled the music being made by the Motown and Stax labels in popularity and influence.

A classically trained pianist, Mr. Bell brought an uptown sophistication and melodic inventiveness to Top 10 pop hits just like the Delfonics’ “La-La (Means I Love You)” (1968) and the Spinners’ “I’ll Be Around” (1972). He was particularly adept as an arranger: On records like “Delfonics Theme (How Could You),” strings, horns and timpani construct, like waves crashing on a beach, to stirring emotional effect.

He also wrote the arrangement for the O’Jays’ propulsive Afro-Latin tour de force, “Back Stabbers,” a No. 3 pop hit in 1972.

Mr. Bell had a knack for incorporating instrumentation into his arrangements that was not typically heard on R&B recordings. He employed French horn and sitar on the Delfonics’ “Didn’t I (Blow Your Mind This Time)” (1970) and oboe on the Stylistics’ “Betcha by Golly, Wow” (1972). Each records were Top 10 pop singles, and “Didn’t I,” which was later covered by Recent Kids on the Block, won a Grammy Award for best R&B vocal performance by a duo or group in 1971.

“The musicians checked out me like I used to be crazy. Violin? Timpani?” Mr. Bell said of his first session with the Delfonics in a 2020 interview with Record Collector magazine. “But that’s the world I got here from. I had a three-manual harpsichord, and I played that. I played electric piano and zither, or something wild like that.”

“Every session,” he went on, “there was at all times one experiment.”

Mr. Bell, who typically collaborated with a lyricist, said that his chief influences as a songwriter were Teddy Randazzo, who wrote tearful ballads like “Hurts So Bad” for Little Anthony and the Imperials, and Burt Bacharach.

“Randazzo and Bacharach, those are my leaders,” Mr. Bell told Record Collector. “They tuned me in to what I used to be listening to in a more modernistic way.”

The recording engineer Joe Tarsia, the founding father of Sigma Sound Studios, where a lot of the hits related to the Sound of Philadelphia were made, was keen on calling Mr. Bell the “Black Burt Bacharach.” (Mr. Tarsia died in November.)

Coincidentally, Mr. Bell’s first No. 1 hit single as a producer was Ms. Warwick’s “Then Got here You,” a 1974 collaboration with the Spinners. (He also won the 1974 Grammy for producer of the yr.)

His other No. 1. pop single as a producer was James Ingram’s Grammy-winning 1990 hit, “I Don’t Have a Heart,” co-produced by Mr. Ingram.

Mr. Bell produced dozens of Top 40 singles, a lot of which were certified gold or platinum. His influence on subsequent generations of musicians was deep and wide; quite a few contemporary R&B and hip-hop artists, amongst them Tupac, Nicki Minaj and Mary J. Blige, have sampled or interpolated his work.

Thomas Randolph Bell was born on Jan. 27, 1943, in Philadelphia. His father, Leroy, a businessman, played guitar and accordion. His mother, Anna (Burke) Bell, a stenographer, played piano and organ and encouraged young Tom (he only later began spelling his name Thom) and his nine brothers and sisters to pursue music and other arts — in Tom’s case, the piano.

He was in his early teens when he first gave thought to pop music. The precipitating event was overhearing Little Anthony and the Imperials’ “Tears on My Pillow” on the radio while working at his father’s fish market.

“I fell in love with the entire production,” he said of the epiphany he experienced in a 2018 interview with The Seattle Times. “I listened to the background, the bass, loads greater than just the lyrics.”

Mr. Bell and his friend Kenny Gamble teamed up and made a go of it as a singing duo called Kenny and Tommy. They met with little success, however the experience confirmed Mr. Bell’s desire to pursue a profession in pop music. He soon found work playing piano in the home band on the Apollo Theater in Harlem and on the Uptown Theater in Philadelphia, and he was eventually invited to play on the soul singer Chuck Jackson’s 1962 hit, “Any Day Now.”

But he got his big break — coming while he was working at Cameo-Parkway Records in Philadelphia as, amongst other things, the touring conductor for Chubby Checker — when he wrote “La-La (Means I Love You)” with William Hart, the lead singer of the Delfonics.

Within the late Sixties, while continuing to collaborate with the Delfonics, Mr. Bell re-established ties with Mr. Gamble and his creative partner Leon Huff. He became a part of their team at Sigma Sound Studios and, ultimately, the Sigma Sound house band, MFSB (the initials stood for “Mother Father Sister Brother”).

By the early Nineteen Seventies, Mr. Bell had began working as producer, arranger and songwriter (most frequently with the lyricist Linda Creed), first for the Stylistics and later for the Spinners, whose profession he helped revitalize after it had stalled at Motown.

He remained energetic because the ’70s progressed, whilst the Sound of Philadelphia was being eclipsed by disco and rap. But aside from successful collaborations with Johnny Mathis, Elton John, Deniece Williams and Mr. Ingram, the hits quit coming.

Mr. Bell had moved to Tacoma, Wash., in 1976 together with his first wife, Sylvia, who suffered from health issues that her doctors believed may be alleviated by a change of climate. The couple divorced in 1984, and shortly afterward Mr. Bell remarried and moved to the Seattle area. He settled in Bellingham in 1998, having by then retired from the music business.

He was inducted into the Songwriters Hall of Fame in 2006 and the Musicians Hall of Fame 10 years later. In 2016, he received a Grammy Trustees Award, an honor that recognizes nonperformers who’ve made significant contributions to the sector of recording. (Mr. Gamble and Mr. Huff received the award in 1999.)

Mr. Bell is survived by his wife of just about 40 years, Vanessa Bell; 4 sons, Troy, Mark, Royal and Christopher; two daughters, Tia and Cybell; a sister, Barbara; 4 grandchildren; and 4 great-grandchildren.

Early in his profession, Mr. Bell was met with questions on his often unconventional production and arrangements, particularly his extensive use of European orchestral conventions on R&B records.

“No person else is in my brain but me, which is why among the things I take into consideration are crazy,” he told Record Collector magazine. “I hear oboes and bassoons and English horns.

“An arranger told me, ‘Thom Bell, Black people don’t hearken to that.’ I said, ‘Why limit yourself to Black people? I make music for people.’”