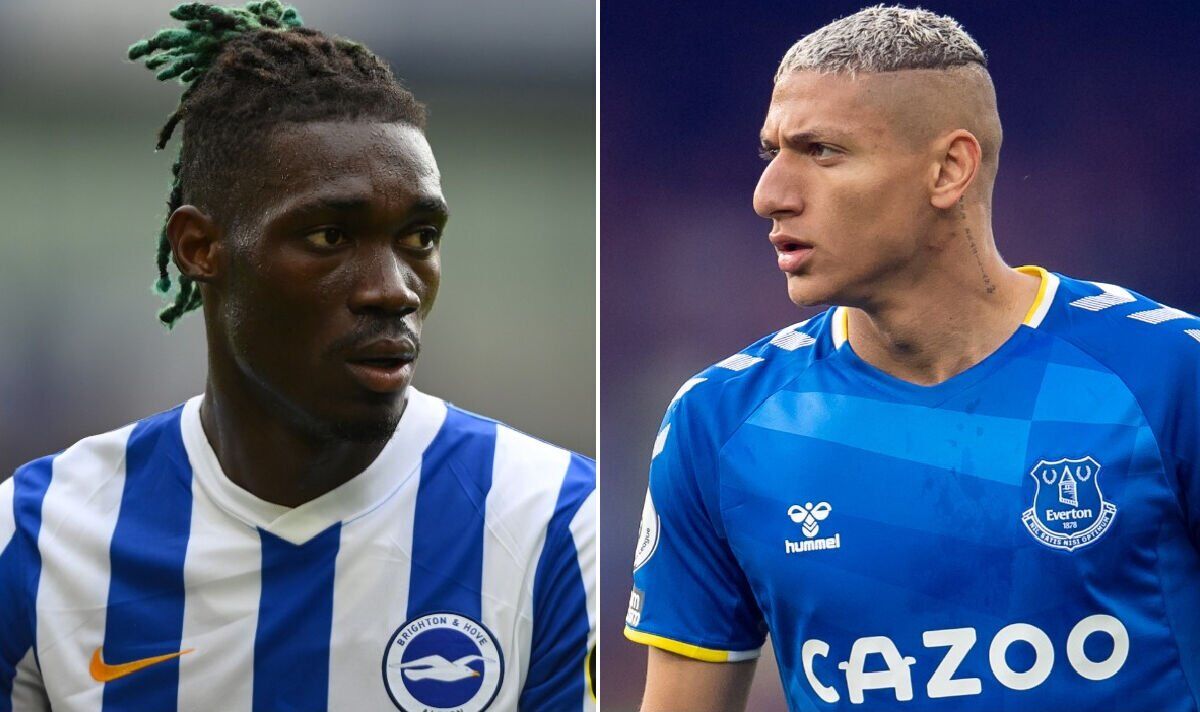 Tottenham boss Antonio Conte desires to make one other 4 signings this summer as he closes in on Yves Bissouma as his third addition of the window. Spurs have already brought in Ivan Perisic and Fraser Forster on free transfers and have reportedly now agreed a deal price around £25million to sign Brighton midfielder Bissouma. But Conte still wants more recent recruits and Express Sport have a look at 4 players who could satisfy the Italian’s demands.

Conte wants to herald one other forward to supply competition to Harry Kane, Son Heung-min and Dejan Kulusevski and Everton’s Richarlison is his preferred option. The Brazilian, 25, seems to think it’s time for a step up after 4 years with the Toffees.

Richarlison scored 10 goals and provided five assists in 30 Premier League appearances in a relegation-battling Everton team last term and offers versatility up top. He can play because the centre-forward over Kane or as a left or right-sided winger.

While Spurs can have to fork out £50m or so for him, Richarlison can be a serious upgrade on their current back-up offensive options. And at just 25 and wanting to prove himself at a better level, the South American stands out as the ideal recent attacker for Conte.

Conte desires to sign a creative midfielder and former Spurs playmaker Eriksen could possibly be the best option. The Dane spent the second half of last season at Brentford in his emotional return to football after a cardiac arrest at Euro 2020, and he flourished with one goal and 4 assists in 11 games.

The 30-year-old must now determine whether he desires to sign a longer-term cope with the Bees or a return to the Champions League. If he desires to play at the very best level again, Spurs can be the best destination despite his tumultuous move to Inter Milan in 2019 and he will probably be aware his old club have an interest.

Eriksen is flexible enough to be a central midfielder in addition to a No 10 and will subsequently fit into multiple systems under Conte. Signing him somewhat than spending £20m or £30m on an alternate midfielder, though his wages are more likely to be high, would also allow funds to be concentrated elsewhere.

In addition to a recent forward and a recent midfielder, Conte wants two more defenders and Express Sport understands Spurs will firm up their interest in Djed Spence with a £20million bid. There had been reports a £20m fee is already agreed but that isn’t yet the case.

The Middlesbrough right-back was sensible on loan at Nottingham Forest last term and Spurs are hopeful £20m will probably be enough to herald the England under-21 international who could possibly be an ideal option in the suitable wing-back role.

Still just 21, Spence has an extended profession ahead of him. And if Conte intends to stick to his wing-back formation on the Tottenham Hotspur Stadium, as is probably going, Spence could turn out to be the long-term right-sided solution at an inexpensive price.

Spurs also desire a left-sided centre-back this summer with Alessandro Bastoni having been the highest goal, however the Italian is staying at Inter Milan. Josko Gvardiol is a high-quality alternative but in addition seems keen to stay with RB Leipzig and will cost £70m.

But Villarreal’s Pau Torres is a long-time goal for Spurs and so they could revisit their interest within the Spanish international this summer. While Torres turned the Londoners down 12 months ago, they’re a special proposition now under Conte and with Champions League football.

Torres still matches the profile Spurs want and at 25 is experienced with loads of years in him still. Giovani Lo Celso also had a successful loan spell with Villarreal last term and the La Liga side wish to keep the Argentine. The Times say they’re readying a £21m bid but Spurs want more which raises the potential for a swap deal that may see Torres join Spurs in return for Lo Celso and money.