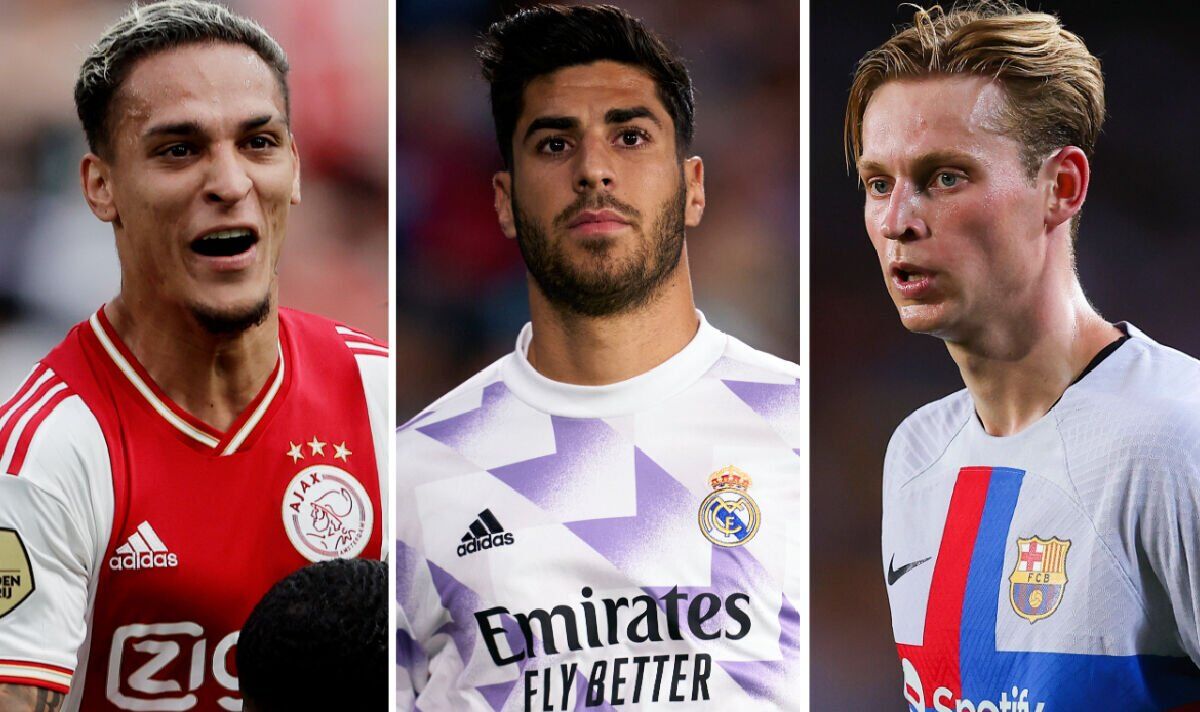 The summer transfer window closes on Thursday but there’s plenty more Premier League deals to be done before then. Manchester United and Chelsea could each make multiple additions before the 11pm deadline – and Express Sport keeps you updated on all the most recent news.

Chelsea are set to clinch the signing of Wesley Fofana from Leicester, who they beat 2-1 on Saturday. Everton’s Anthony Gordon and Barcelona’s Pierre-Emerick Aubameyang are also wanted by Blues boss Thomas Tuchel.

Manchester United are pursuing Ajax winger Antony with intent and had a £76million bid for the player rejected. The Brazilian is attempting to force a move to Old Trafford by refusing to play for the Amsterdam outfit.

Elsewhere, Liverpool could make a late move to sign a midfielder, Arsenal and Tottenham may raid Wolves for Pedro Neto and Adama Traore respectively and West Ham, Everton and Newcastle might be among the many other clubs to make more signings.