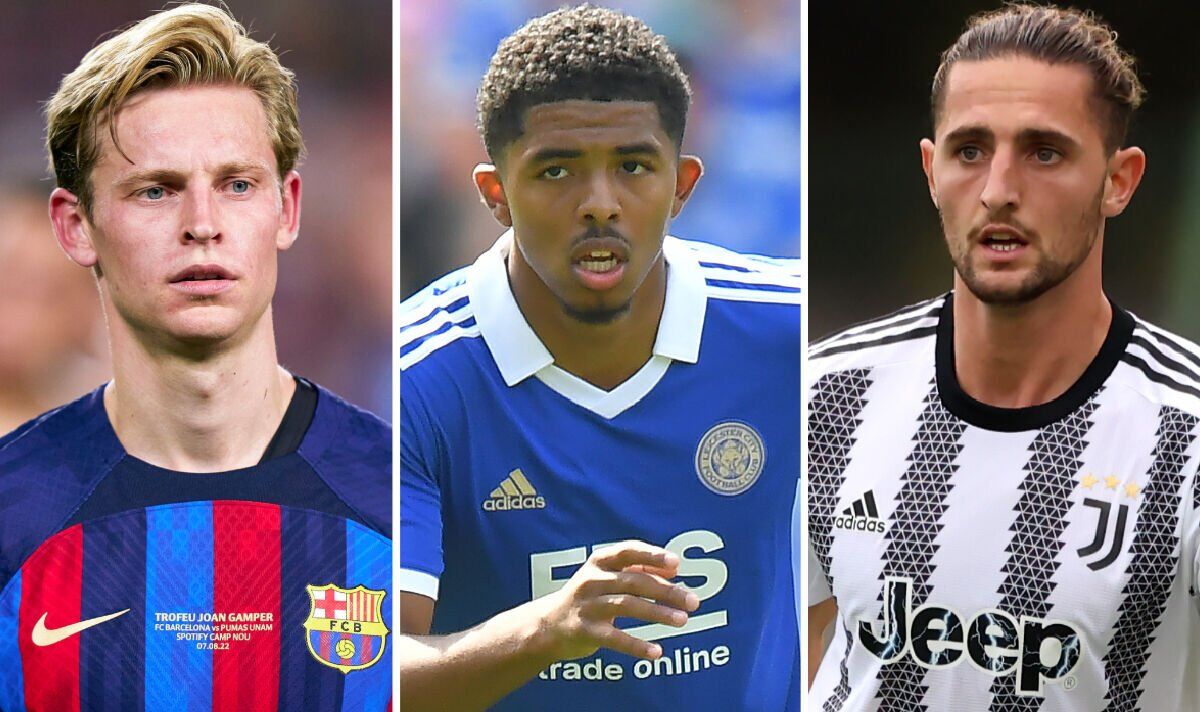 There’s lower than three weeks remaining of the summer transfer window and Premier League clubs including Manchester United and Chelsea are still scrambling to get deals over the road. The window closes at 11pm on September 1 and Premier League clubs have spent over £1.3billion in total up to now this summer with Chelsea the largest spenders up to now, forking out north of £160million.

However the Blues aren’t done yet. Barcelona striker Pierre-Emerick Aubameyang, the previous Arsenal captain, is a surprise goal while they want to rival Manchester United for Frenkie de Jong. Aubameyang’s Barca team-mate has been wanted by United all summer long.

However the £71million-rated Dutchman appears likelier to go to Stamford Bridge than United, who’ve recently ruled out signing Marko Arnautovic. Stuttgart’s Sasa Kalajdzic is a possible option up top.

United also proceed to work on a deal to sign Juventus midfielder Adrien Rabiot for a complete fee of around £19.5m. But there’s plenty occurring elsewhere too.