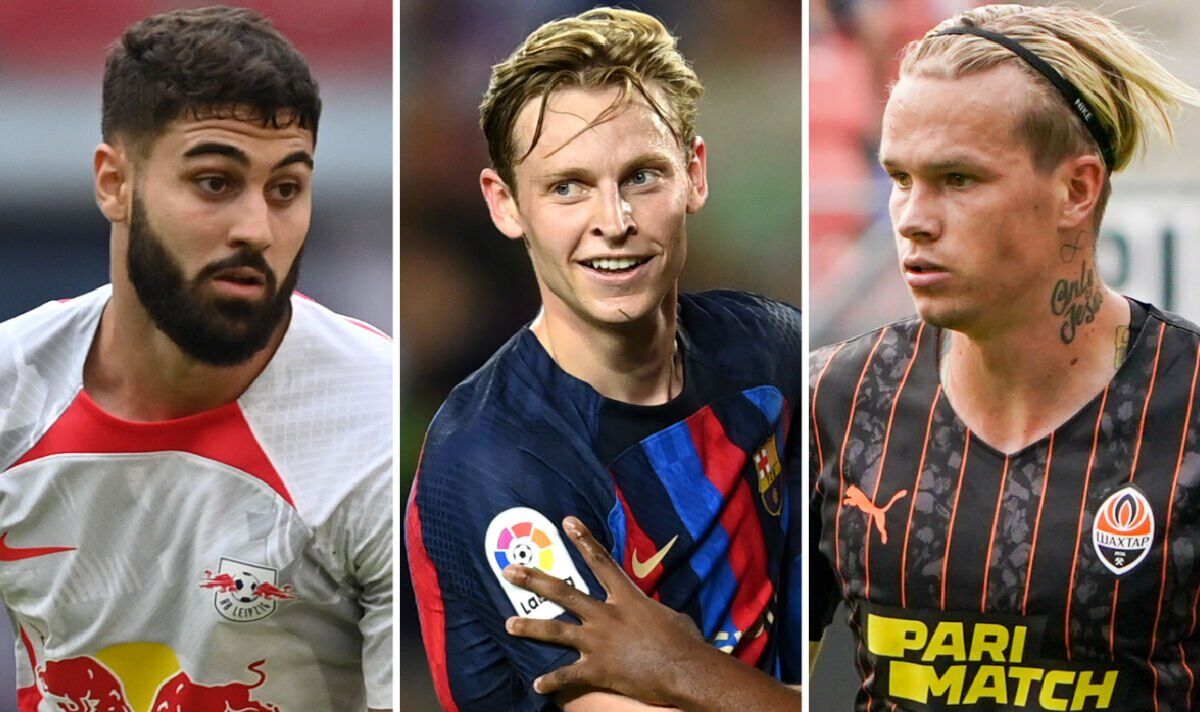 The summer transfer window closes tomorrow (Thursday) night with Premier League clubs short on time to get deals over the road. Manchester United and Chelsea are each poised to announce recent signings today in Martin Dubravka and Wesley Fofana but plenty more signings will follow before tomorrow’s 11pm deadline. Express Sport keeps you updated on all of the latest transfer news.

Man United yesterday announced the £85million signing of Antony from Ajax and the Brazil winger shall be joined by their sixth recent signing Dubravka, who joins on loan from Newcastle. The Red Devils have also been linked with a right-back and a striker however it is unclear if they may do more deals.

Chelsea are to verify the £70m signing of Fofana from Leicester while they’re in talks over a £77m agreement for RB Leipzig defender Josko Gvardiol, who would join next summer. The Blues also need to land Barcelona attacker Pierre-Emerick Aubameyang.

Liverpool could yet sign a midfielder before the deadline but have few major options while Arsenal may sign a midfielder or a winger, with Youri Tielemans, Pedro Neto and Mykhaylo Mudryk all options for the Gunners. Tottenham are still keen on Adama Traore but have yet to firm up their interest with a bid.