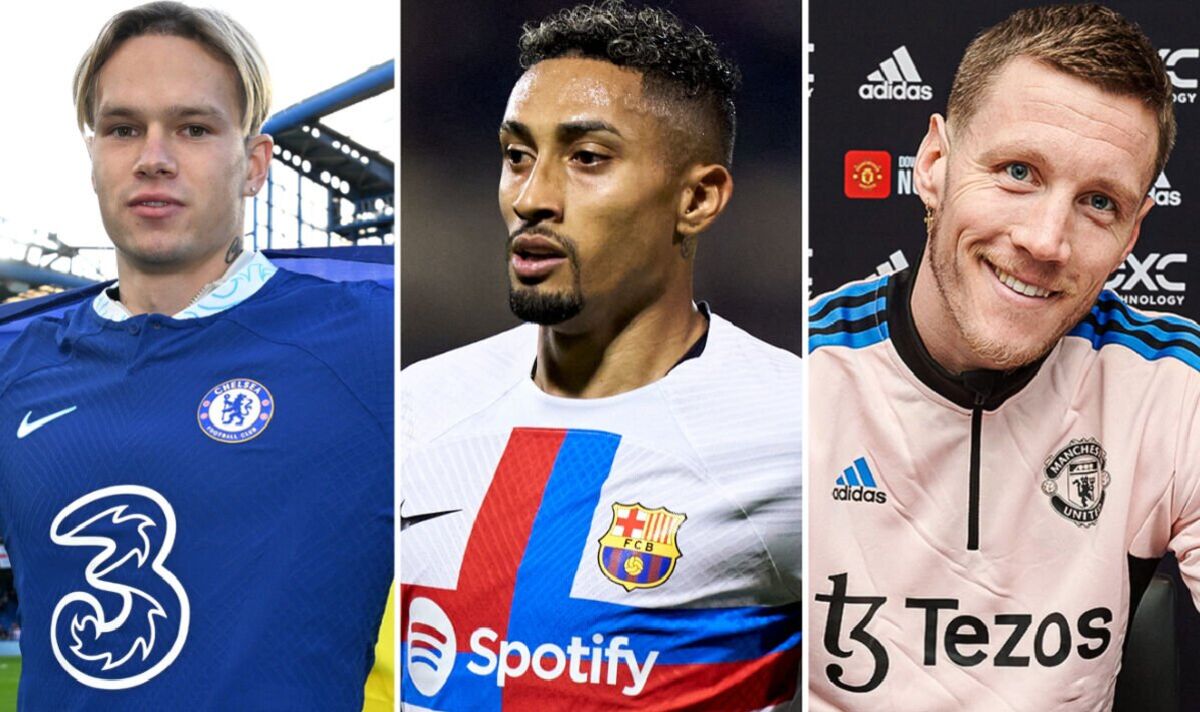 There’s just over two weeks left of the January transfer window and clubs are still working apace to make signings before the 11pm January 31 deadline. Arsenal are scampering to search out a forward after watching Chelsea swoop in and snap up Mykhaylo Mudryk. The Blues paid the £88million fee that the Gunners were reluctant to pay to Shakhtar Donetsk for the Ukrainian winger.

Mudryk was unveiled to the Stamford Bridge crowd on Sunday and can turn out to be Chelsea’s second most costly signing ever if all his add-ons are paid to Shakhtar. Arsenal have now moved on to alternatives having also been denied Joao Felix by Chelsea earlier within the window.

Amongst them are Barcelona duo Raphinha and Ferran Torres, though it’s unclear if Mikel Arteta can snare either player. The Spaniard confirmed on Sunday after Arsenal defeated rivals Tottenham 2-0 within the north London derby that they continue to be keen to herald fresh talent.

Liverpool are one other club who may very well be on the seek for reinforcements late within the window. The Reds are desperately struggling for form and are shy of some energetic midfielders, though Jurgen Klopp has suggested any more additions – having already signed Cody Gakpo this month – are unlikely.

While Manchester United brought in striker Wout Weghorst on loan but could yet be in the marketplace to do more business before the deadline. Erik ten Hag’s team were one other side to have a superb weekend as they defeated Premier League champions and nearby neighbours Man City within the derby at Old Trafford.

Express Sport keeps you up up to now with all the newest transfer rumours and confirmed deals below.