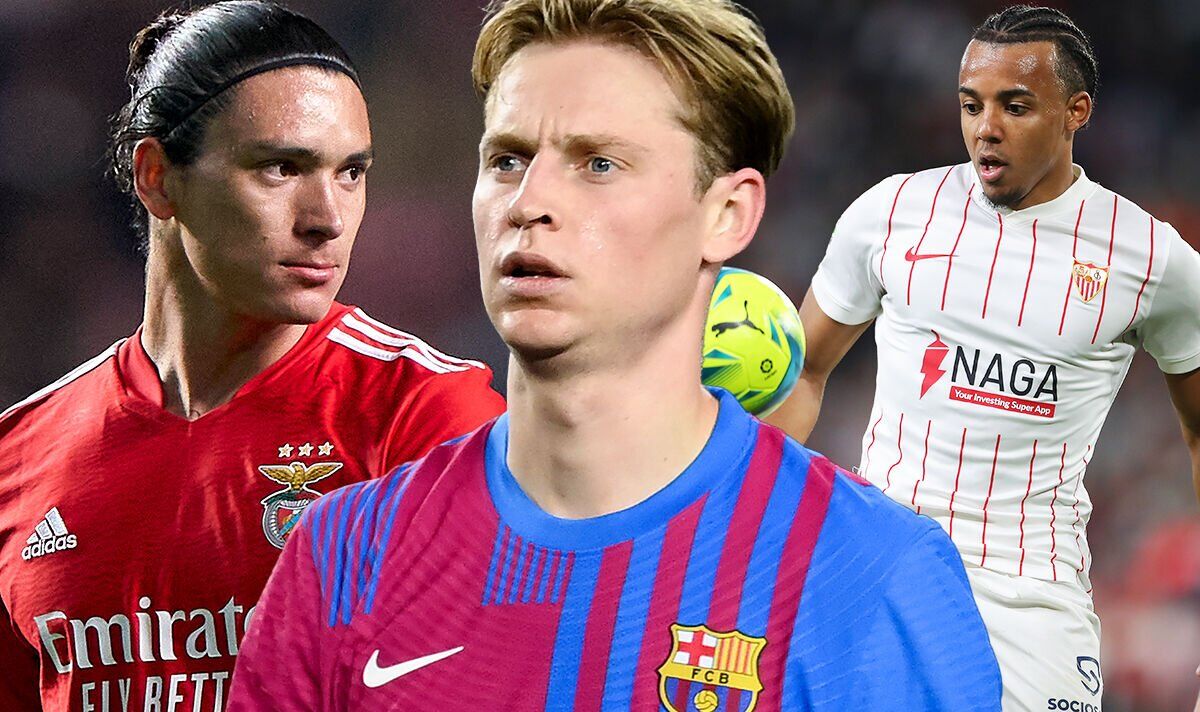 The summer transfer window officially opened on Friday and there is already plenty happening. Tottenham having already confirmed two signings in Ivan Perisic and Fraser Forster while Liverpool and Manchester City have deals to announce, the Reds having snapped up Fabio Carvalho and City with Erling Haaland. But those three clubs are on the hunt for more additions with Manchester United, Chelsea and Arsenal amongst the various other sides also looking for to strengthen ahead of the brand new campaign.

Liverpool have made great progress this week of their bid to sign Darwin Nunez from Benfica as they give the impression of being to beat fierce competition to land the striker. Man Utd were one other club linked with the free-scoring Uruguayan, who looks set to cost Liverpool a package that would reach a club-record fee surpassing their current £75million benchmark.

The Red Devils are currently preoccupied trying to usher in Barcelona midfielder Frenkie de Jong. The Dutchman is recent manager Erik ten Hag’s top goal and a deal looks feasible given Barca’s desperate need for a money influx. United can have to splash out as much as £70m to get the deal done.

Elsewhere, Chelsea and Tottenham proceed of their attempts to strengthen in defence. Jules Kounde tops the list for the Blues while Spurs have plenty of alternatives to Alessandro Bastoni who has snubbed a move to north London. Elsewhere within the north of the capital, Arsenal need a midfielder with Youri Tielemans a distinguished option, and further north than that, Haaland will soon be announced as a Man City player however the Residents could lose Bernardo Silva to Barca.

Express Sport keep you updated with all the most recent transfer news, gossip and rumours from across the continent below.