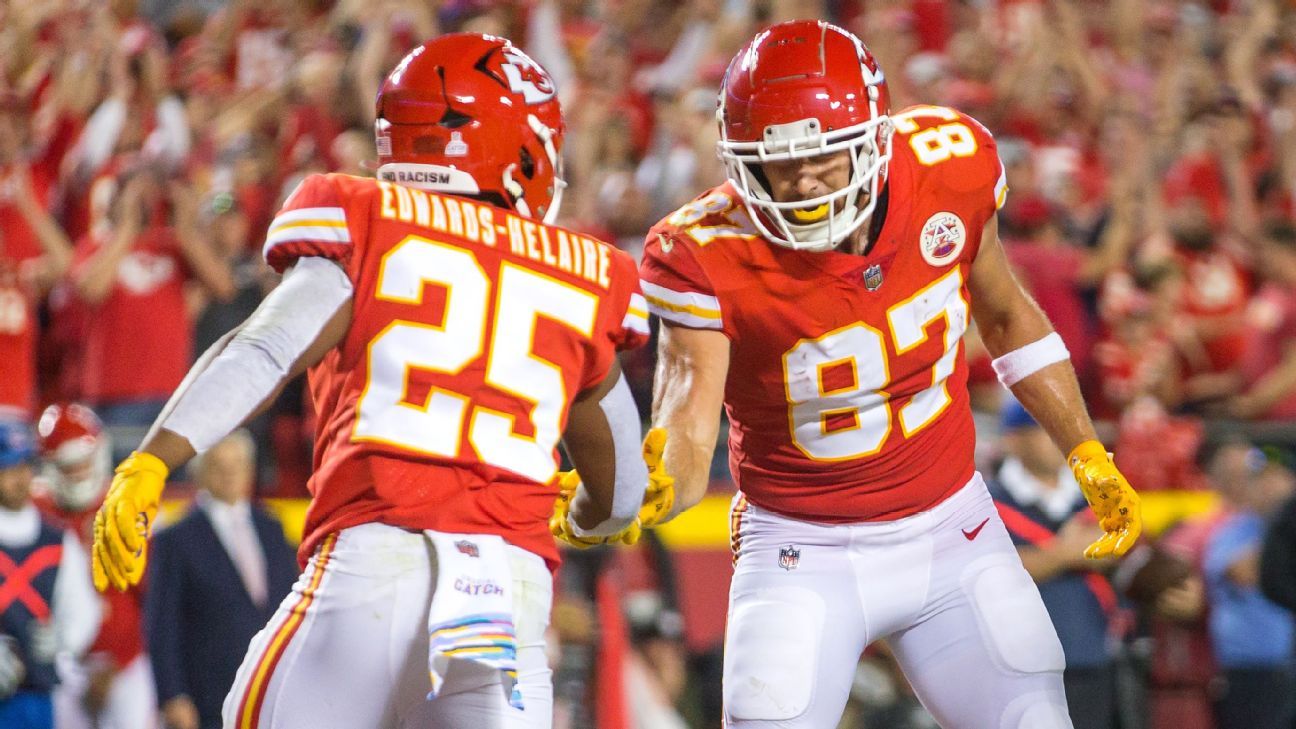 Never count out “Touchdown Travis,” defensive tackles pontificate on roughing the passer calls and more football quotes of the week.

Kansas City Chiefs tight end Travis Kelce on scoring 4 touchdowns against the Las Vegas Raiders on Monday Night Football, very similar to Bundy, the essential character of the long-lasting sitcom “Married … With Children,” repeatedly claimed he did in highschool.

Richard Sherman, on the postgame show for the Denver Broncos’ 12-9 loss to the Indianapolis Colts on Thursday Night Football, where his former Seattle Seahawks teammate Russell Wilson didn’t convert on a brief down after going into the shotgun. Sherman was on the sidelines, watching in horror, when the Seahawks didn’t give the ball to Marshawn Lynch in Super Bowl XLIX against the Recent England Patriots. Wilson threw an interception to Malcolm Butler, and the Seahawks lost.

“Just looking back on it, I’m still sort of left clueless. On what I’m expected to do in that situation.”

Atlanta Falcons defensive Grady Jarrett on his disbelief at a questionable roughing the passer call on Tom Brady during a game against the Tampa Bay Buccaneers.

“How should I tackle people? How should I not roll on him? I’m trying my best. I’m 325 kilos, OK? What do you would like me to do? I’m going full speed attempting to get the quarterback.”

Chiefs defensive tackle Chris Jones on one other questionable roughing the passer call on him for his hit against Raiders quarterback Derek Carr.

Baltimore Ravens head coach John Harbaugh on Lamar Jackson after the quarterback led his team to his seventh profession fourth-quarter comeback, this time against the Cincinnati Bengals.