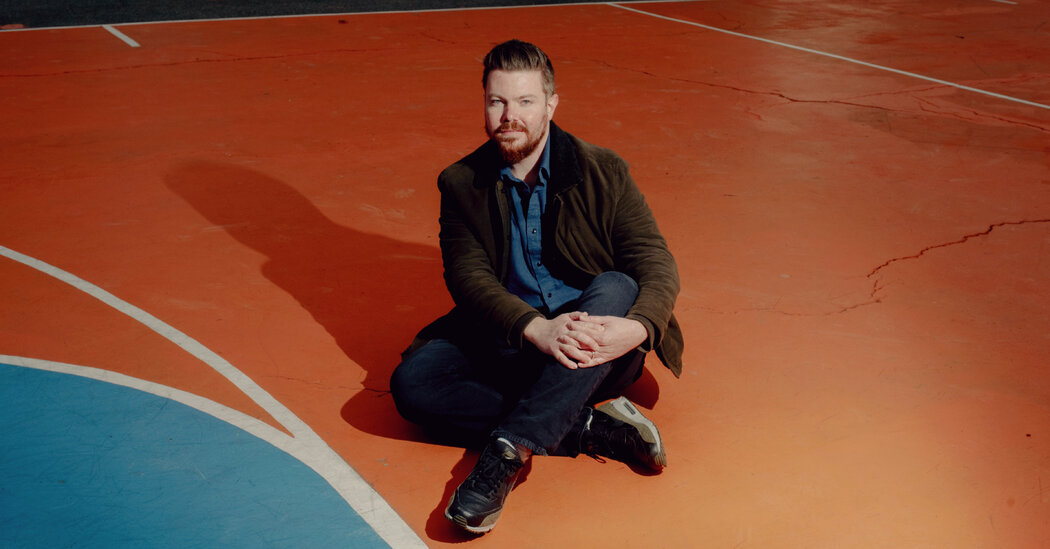 Toward the tip of “The History of the Atlanta Falcons” (2021), a seven-part, nearly seven-hour documentary, the writer-director Jon Bois describes a surprise 82-yard interception return by the Falcons cornerback Robert Alford, executed with just minutes left in the primary half of Super Bowl LI, in 2017, as “considered one of the very most impactful individual plays in all of N.F.L. history.”

Almost some other filmmaker would have been content to go away it at that. But Bois shows his work. On the sports statistics website pro-football-reference.com, Bois explains, there may be a metric called expected points that “estimates what number of points an offense ought to be expected to attain on a drive before a selected play and after that play.” Subtract one from the opposite, and you identify the play’s overall impact. Alford’s interception return resulted in negative seven points for the Recent England Patriots on a drive that ought to have earned them three, for a differential of 10.7. Bois pulls up a chart graphing the differential “of all 8,982 individual plays in Super Bowl history.” The Alford touchdown, we will plainly see, ranks because the third biggest of all-time.

This was not an exaggeration for rhetorical effect. When Bois says that a play is “considered one of the very most impactful,” he means it.

Bois is the poet laureate of sports statistics. His documentaries, including the acclaimed “The History of the Seattle Mariners” (2020) and the recent Charlotte Bobcats-themed “The People You’re Paying to Be in Shorts” (each streaming on his YouTube channel, Secret Base) are filled with charts, graphs and diagrams scrupulously plotting wins, losses, points, home runs and field goals with a rigor that borders on scientific.

“I used to be considered one of the weird kids who actually liked highschool algebra,” Bois said recently in a video interview. “And as I grew up, I just loved the statistical side of sports. The flexibility to condense sports right into a bar graph or a pie chart or a scatter plot — in a way, you possibly can watch a thousand games in 10 seconds. It’s like slightly time warp.”

A longtime sportswriter and editor with SB Nation, the respected sports-industry blog owned by Vox Media, Bois, 40, has emerged as a singular voice in documentary film — partially, he explained, due to style he “stumbled into” in consequence of his “limited technical abilities.” A self-taught video editor with no background in motion graphics, Bois, unusually, makes most of his video work inside the satellite imaging app Google Earth, importing images directly onto Google’s 3-D environments and using the satellite maps as a sort of virtual sandbox. It looks slightly like a PowerPoint presentation ported right into a street-view map, with huge blocks of text floating above pixelated renderings of roads and baseball stadiums.

The style is unmistakable. The camera seems to drift within the air above graphs and charts, and, as Bois or considered one of his collaborators narrates, we’re treated to old photographs, quotes from newspaper clippings and the occasional grainy clip of archival game footage. And all of it’s scored to mellow, synth-laden yacht rock and smooth jazz. It’s as if Ken Burns had adapted “Moneyball” with a soundtrack by Steely Dan.

“In an era of impersonal and interchangeable web content, Bois has a signature all his own,” said Jordan Cronk, a movie critic and founding father of the Acropolis Cinema, a screening series in Los Angeles. “Unlike other journalists who’ve tried their hand at filmmaking, Bois found a cutting-edge form for pop-encyclopedic explorations of sports history, combining a YouTuber’s flair for storytelling with a practice of hyper-analytic essay cinema.”

Bois acknowledged that “for higher or worse, it doesn’t look or sound like anything on the market.” And to him, it’s most significant “to not be higher than anybody, but to be different from everybody.”

No less unique are the sorts of stories Bois and his regular co-writer and producer Alex Rubenstein decide to tell. The teams, players and seasons they concentrate on are usually not typically well-known, lacking the plain drama of underdog success or rags-to-riches glory. The Mariners, Falcons and Bobcats are usually not perennial favorites or inspirational fodder. Their lore is esoteric and offbeat.

Bois’s level of exacting detail may be overwhelming and, in the midst of generous running times, occasionally exhausting. But his work isn’t for stats nerds who wish to geek out on numbers. In truth, his approach has the alternative effect: The movies’ depth makes them more accessible. You don’t should know anything in regards to the Mariners to enjoy his nearly four-hour documentary about them. You don’t even should know anything about baseball.

“He manages to make use of statistics not as background support for dramatic entertainment but probably the most foregrounded and visually stimulating element in his narratives,” said Jake Cole, a movie critic with Slant Magazine.

As Bois put it, he and Rubenstein are “making sports documentaries for individuals who don’t watch sports.”

“I find it not only an important honor but additionally a hell of a whole lot of fun to have the option to bring this cool, weird, often silly world of sports to someone who otherwise didn’t get the invite,” Bois said.

Essential to that have is getting swept up within the vicarious thrill of an unfamiliar team and its mundane drama. Bois and Rubenstein manage to compress a long time of often tumultuous history into a number of hours of densely packed nonfiction, describing the dramatic account of an obscure team’s rise and fall (or fall and further fall) on a momentous scale. After watching considered one of their movies, you inevitably feel an intimate reference to the topic: You recognize every heartbreaking Bobcats loss and each hard-won Mariners victory. It’s a gratifying entrée right into a world ordinarily reserved for homegrown fans.

Bois doesn’t necessarily come to those stories as a fan himself. His latest, “The People You’re Paying to Be in Shorts,” is in regards to the 2011-12 Charlotte Bobcats, a short-lived team that was somewhat infamous amongst basketball fans for its record-breaking awfulness and that broke N.B.A. records for losing streaks before reclaiming its previous name, the Hornets, in 2014. (The team had been the Charlotte Hornets from 1988 to 2002.)

But Bois was quick to confess that he is not any expert on the N.B.A. To tug off this comprehensive take a look at a very lousy season, he brought on the producer Seth Rosenthal, who makes a speciality of basketball, and spent countless hours poring over old copies of the Charlotte Observer, reading “each thing they wrote in regards to the Bobcats” during that period. “I noticed that I didn’t should be an authority in basketball,” Bois said. “But I can randomly be the world’s foremost expert on this one season of 1 team,” he added, using an expletive for the abysmal Bobcats.

The result’s a documentary that makes you root for this excellent assortment of oddballs despite recognizing how amazingly terrible they’re. He gets into the nitty-gritty of contract negotiations, profession field goal percentages and N.B.A. draft lottery odds in a way that makes the numbers utterly riveting, and he finds the cosmic beauty within the contrast between the worst team in league history and their principal owner, Michael Jordan, the best player of all time. It’s not only that you just wind up knowing more about an obscure team. You wind up moved by them.

“I operate by the overall theory that there may be at all times a story,” Bois said. “I could throw a dart at any season of any team — the 2005 Timberwolves, the 1987 Astros, whoever, and I could find something. There’s at all times something there irrespective of what.”

He paused a moment. “Although,” he reconsidered, “the weirder and more awful the team is, the higher.”