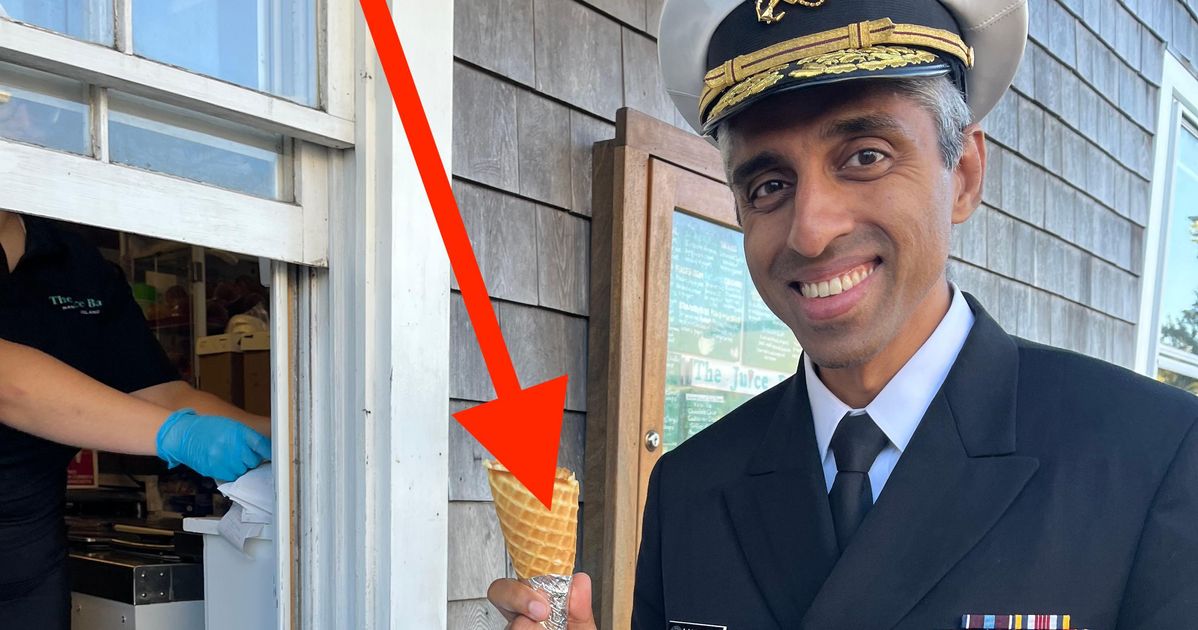 Thursday was National Ice Cream Cone Day, and a minimum of one government official picked a really baffling technique to have a good time.

U.S. Surgeon General Vivek Murthy posted a photograph of himself at an ice cream stand marking the occasion. And while people might expect the occasional finger-wagging lecture about healthy food options from a surgeon general, what they didn’t expect was this:

Some on Twitter jokingly (or not) called for Murthy to be impeached. Others identified that he serves one of the vital openly pro-ice cream presidents in history. But most noted that publicly accepting an ice cream cone without the ice cream ― after which bragging about it on social media ― was just plain unacceptable: