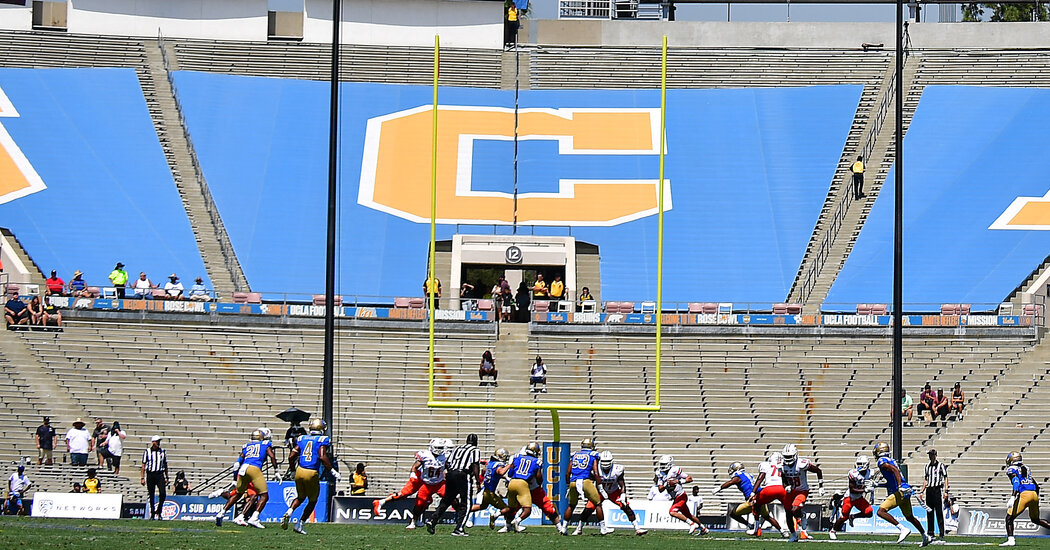 “It’s the best venue for an enormous game for football anywhere within the country,” Aikman said in a phone interview. “I wouldn’t trade my days there for anything. It’s just a tough place to fill.”

Attendance, and its impact on U.C.L.A.’s bottom line, is seemingly a touchy subject within the athletic department. Martin Jarmond, the athletic director, has declined three interview requests from The Recent York Times within the last 15 months. In July, Jarmond declined an interview request to debate the move to the Big Ten because an athletic department spokesman, Scott Markley, said he had already addressed the matter.

Jarmond, who makes $1.4 million per yr, declined an interview request last week about football attendance because he was “not inquisitive about rehashing old news,” Markley said in a email, adding, “perhaps we will make something occur later this winter.”

Jarmond, who was hired as U.C.L.A.’s athletic director in May 2020, has been unable to reverse the slide he inherited from Dan Guerrero, who retired after 18 years running an athletic department that had balanced its books for 14 consecutive years until 2019.

Guerrero, though, had never been capable of discover a football coach who could make U.C.L.A. a consistent winner. For his final search, he enlisted Aikman as an adviser.

“We’ve had challenges through the years in getting candidates inquisitive about the job,” Aikman said, ticking off reasons like high academic standards that hinder recruiting, salaries that didn’t account for the high cost of living, lack of an on-campus stadium and the bureaucracy of the sprawling University of California system. “Chip is the just one I can consider who has had other opportunities.”