Ukraine Team Finds Escape, and Almost an Upset, Against U.S. 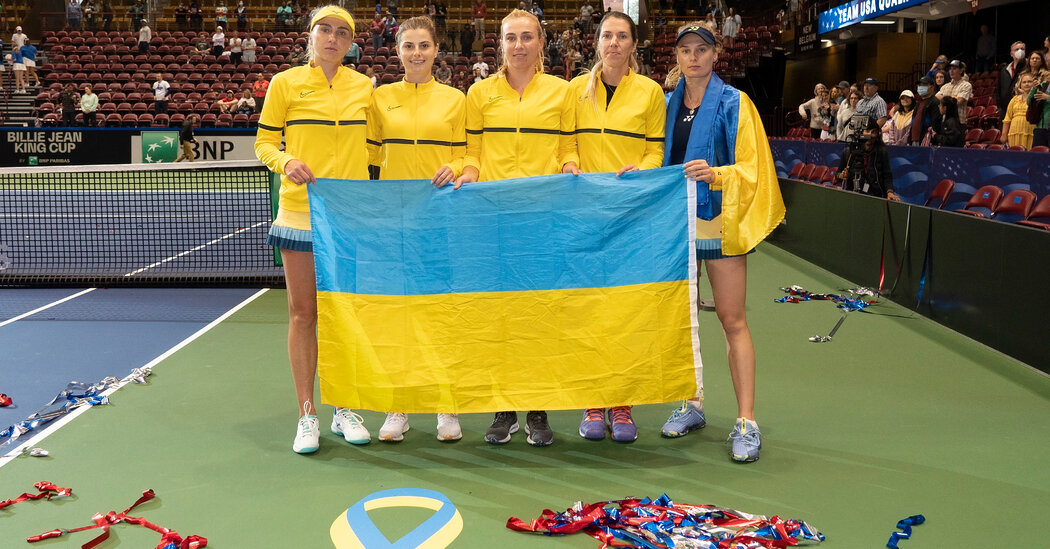 Kichenok fled the country after the war began and needed 31 hours to get from Kyiv to Moldova together with her parents. Her twin, Nadiia, also a part of Ukraine’s team, left Kyiv just before Russia invaded, traveling to California together with her husband.

“It was two days of hell for me until they got to a secure place,” Nadiia said of her family. “I had constant panic attacks. I never experienced anything like that, like 40 minutes your body is shaking, and also you don’t know what to do besides deep breaths.”

The Kichenoks’ father, who’s 64, has since returned to Ukraine and tried to volunteer for the military despite exceeding the age limit.

“They told him, ‘Grandfather, return home,’” Nadiia Kichenok said. “‘We have now too many individuals here. We are going to call you when we want you.’”

Yastremska, 21, fled Odesa, her home city, together with her 15-year-old sister, Ivanna, crossing into Romania after saying goodbye to their parents on the Ukrainian side of the Danube River. The sisters have been traveling on tour together for nearly two months while their parents remain in Odesa, where certainly one of their tasks has been organizing relief efforts through Yastremska’s charitable foundation.

Unable to return home, the Yastremska sisters remain with no fixed training base, but they are going to head next to Madrid to arrange for the clay-court season. The Kichenok twins will travel to Stuttgart, Germany, for a tournament, and Zavatska will return to Cannes, France, where she is sharing her small apartment together with her mother and other relations who fled Ukraine.

After every week of togetherness and a final night of karaoke with the Americans on Saturday, the Ukrainians will move on, but with the hope that Asheville and the broader world don’t move on too quickly.