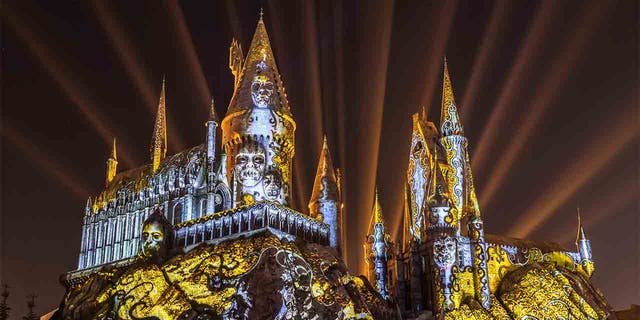 Universal Orlando in Florida is celebrating fall by bringing back its “Dark Arts at Hogwarts Castle” event.

The annual event – held in The Wizarding World of Harry Potter – Hogsmeade area of the theme park – will run on select nights starting Sept. 16 through Oct. 31, in response to a press release.

The “Dark Arts” experience – which can begin at dusk – includes a light-weight show with computer graphics and projection mapping on the Hogwarts castle.

Guests will give you the option to see images of “unspeakable creatures and sinister villains” – akin to dementors, mountain trolls and even Lord Voldemort – appear on the castle, the press release said.

The “Dark Arts” experience will show images of dementors, mountain trolls and even Lord Voldemort on the side of the Hogwarts castle.
(NBCUniversal)

Meanwhile, Death Eaters – the name of Lord Voldemort’s followers – will appear in Hogsmeade and walk amongst guests.

The spectacle will end when a Patronus, “a strong defense charm of concentrated happiness and hope” appears on the castle, the press release said. 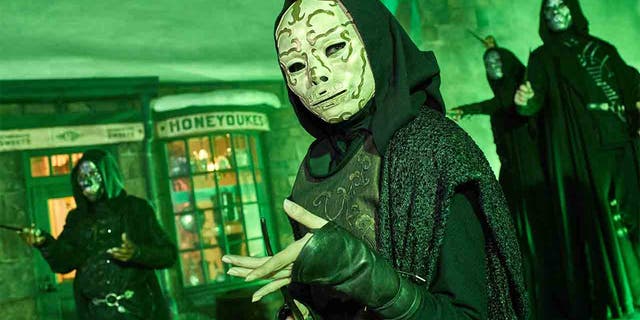 Through the “Dark Arts at Hogwarts Castle” event, Death Eaters will walk among the many guests.
(NBCUniversal)

Fans may also buy Dark Arts-themed merchandise – including a Death Eater mask – after they visit The Wizarding World of Harry Potter, in response to the press release.

Ann W. Schmidt is a way of life reporter with Fox News Digital.