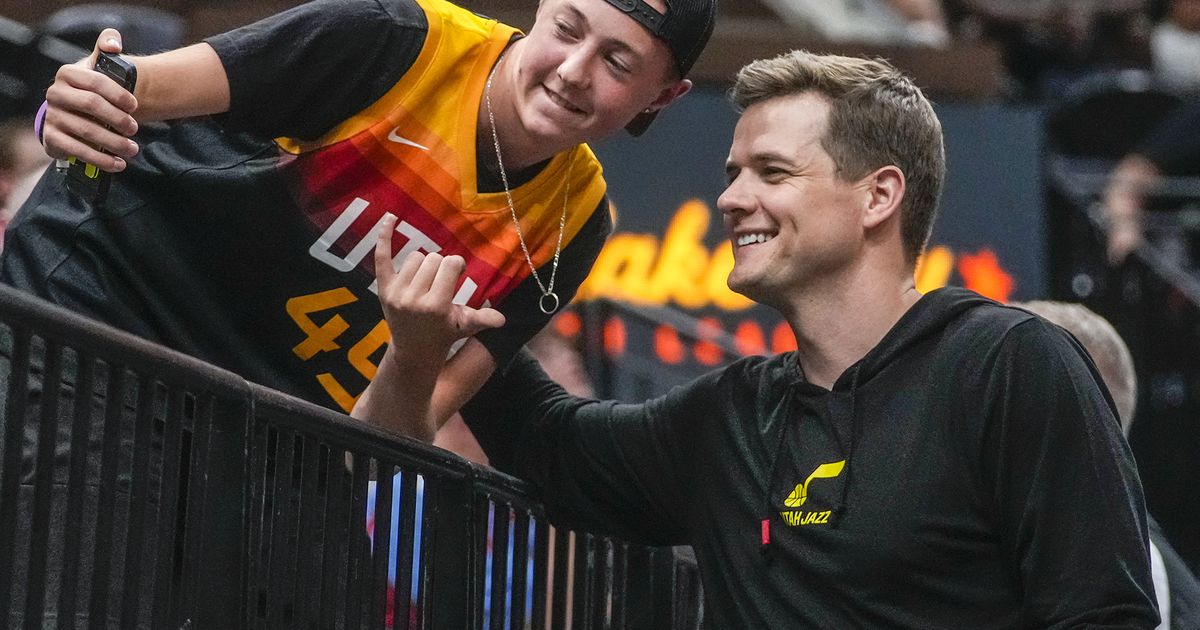 The NBA season is here again.

The Utah Jazz will hold media day Monday. Training camp and two-a-day practices begin on Tuesday. After a crazy summer with five trades and the pinnacle coach’s resignation — let alone the extraordinary negotiations and speculation that surrounded every move — it doesn’t feel like there was much of a break from Jazz news in any respect, was there?

But now begins the trail back up the mountaintop, one which the Jazz’s leadership believes will get them further than the first- and second-round exits that Quin Snyder’s teams experienced.

We’ll be covering every step of the way in which at The Salt Lake Tribune, reporting on the on-court motion and the off-court machinations. We’ll also examine issues that fans really care about, just like the latest branding redesign, the Jazz’s TV situation, and the coming All-Star Game.

Who’s going to be on the team?

Straight away, the Jazz have 18 guaranteed contracts. That’s too many. They’ve established a desire to trade veteran pieces away — will more trades occur before the season begins? If not, which of the Jazz’s players won’t make the cut? Even among the Jazz’s minor-league deals are waiting on other decisions to be made, with camp deals to Cody Zeller, Micah Potter, and others not yet official.

How good are these guys, anyway?

They is probably not established All-Stars, but who may be not less than a high quality starter? Lauri Markkanen excited NBA observers together with his high-scoring, efficient games within the EuroBasket this summer. … Will that delay against NBA competition? Same with latest signing Simone Fontecchio — what happens when he faces NBA athleticism? Can Walker Kessler or Ochai Agbaji contribute as rookies, given their college resumes? Has Jared Butler improved after his poor summer league? How about Udoka Azubuike? We’ll get our first look.

What form of basketball will they play?

On the news conference announcing his hiring, head coach Will Hardy admitted that he hadn’t decided what form of offensive system he wanted for his players — because he didn’t know which players he would have! Now that the Jazz have received a whopping 10 players in trades this offseason, what has he decided?

NBA rule changes that impact you

First, the on-court stuff. The league has created a latest rule stopping take fouls in transition — sometimes called the Euro-foul. When a team fouls intentionally to stop a quick break, the opposite team will receive a free throw and the ball back. The goal is to dissuade teams from the transition fouls that prevent a few of basketball’s most enjoyable plays: dunks and transition blocks. The Jazz under Snyder committed such fouls greater than some other team, and that option won’t exist for Hardy and Co.

There’s also a change to the review system. Previously, when a foul was committed, then challenged, then modified to a no-call, the result would generally be a jump ball at the middle circle. Now, in the event that they can, referees will determine who possession would have gone to had the foul not occurred, and provides the ball to that team.

This can be a rare one — we’ll call it the blue-light special. When the league office reviews that a shot called a 3-pointer must have been a 2, or vice versa, a blue light will light up across the top of the scorer’s table, alerting teams to the very fact there’s an imminent rating change coming.

Finally, some excellent news: NBA media has been allowed back into locker rooms before and after games this season. While it doesn’t look like this matters much to you, I assure you it does. It gives us media folk the possibility to seek advice from players and develop relationships with them; to talk one-on-one with them and learn their stories, their points of view — that wasn’t often possible within the pandemic-caused Zoom era.

That enables our writing to be more informative, more revealing, and more insightful. We’ll be working hard to follow through on that promise.

So, yes, the Jazz won’t be nearly as good this season.

But our coverage will, I predict, be higher than ever.