Valery Ryumin, Who Set Endurance Record in Space, Dies at 82 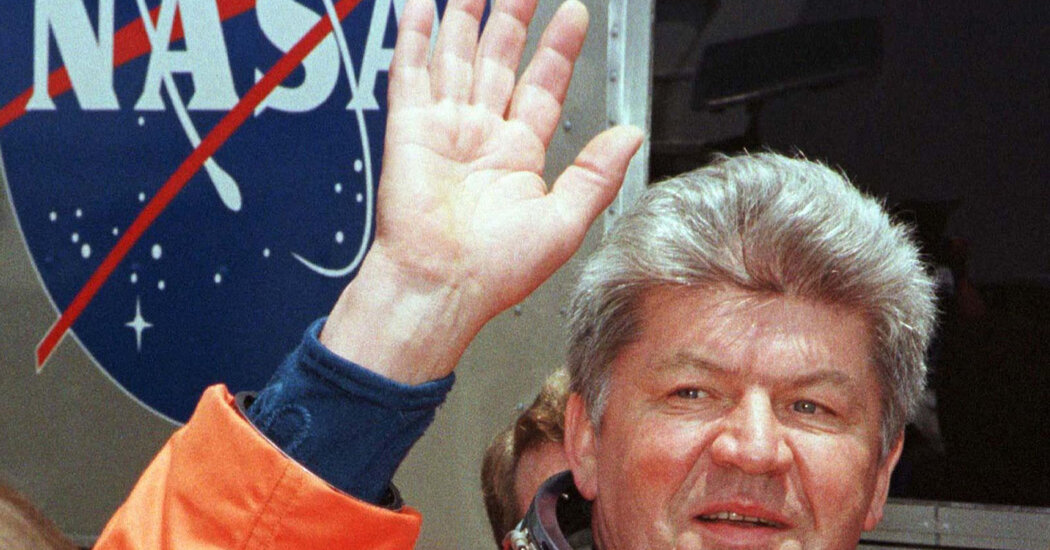 Valery Ryumin, a Soviet tank commander who became a cosmonaut and spent greater than a 12 months in space, setting endurance records — after which, after 18 years, took one other flight, this time on a U.S. space shuttle — died on Monday. He was 82.

The Russian federal space corporation, Roscosmos, announced his death. Dmitry Rogozin, the corporation’s director, called Mr. Ryumin’s death “an irreparable loss” but didn’t say where he died or cite a cause.

Mr. Ryumin’s first mission, on Soyuz 25, was purported to last 90 days, but it surely ended after only two when the vehicle didn’t dock with the Salyut 6 orbital space station.

Those early flights were considered invaluable for his or her scientific advances. They were also grist for propaganda.

Mr. Ryumin and his crew conducted experiments that included testing gamma-ray telescopes and hatching quail eggs. They hosted the primary Cuban, Hungarian and Vietnamese cosmonauts on the space station and appeared live to tell the tale a video screen at a Moscow stadium through the 1980 Summer Olympics.

By the point Mr. Ryumin retired in 1980, after his third mission, he had logged 362 days in space, a record for any cosmonaut or astronaut on the time.

From 1981 to 1989 he was flight director for the Salyut 7 and Mir space stations. (The Salyut went awry in 1985 and was retrieved by the Soviets in a rescue that became the premise for the 2017 Russian film “Salyut 7.”) He later directed the Russian portion of the shuttle-Mir program, the primary collaboration between NASA and the Russian space agency.

In 1998, 18 years after his third and presumably final flight, Mr. Ryumin applied to hitch the crew of the U.S. space shuttle Discovery STS-91. The shuttle was scheduled to dock with the Russian space station Mir, which had been orbiting for 12 years.

“After my three flights within the ’80s, I used to be considering it might be nice to fly for the fourth time,” he said in an interview with NASA two months before the launch.

“I assumed it might be very useful for a one that has excellent flight and life experience to go to the station,” he added. “I think that I’ll give you the option to see more details and more things in comparison with young cosmonauts or crew members.”

Mr. Ryumin needed to lose about 55 kilos to qualify for the mission. Discovery docked with Mir in June 1998; he spent 4 days on the space station before returning home, having recorded a complete of 371 days in space in all 4 missions.

“During these joint operations through the Phase 1 program, we learned lots,” he said. “We learned methods to understand one another. We got acquainted with the philosophies of every country.”

Valery Victorovich Ryumin was born on Aug. 16, 1939, in Komsomolsk-on-Amur, within the Russian Far East. He graduated from the Kaliningrad Mechanical Engineering Technical College in 1958.

He was a military tank commander from 1958 to 1961 and earned a level in electronics and computing technology in 1965 from the Moscow Forest Engineering Institute, where he specialized in spacecraft control systems.

After working for the Rocket and Space Corporation, Mr. Ryumin joined the cosmonaut corps in 1973. He was twice named a Hero of the Soviet Union.

Survivors include his wife, Yelena Kondakova, a fellow cosmonaut; their daughter, Yevgeniya; and two children, Viktoria and Vadim, from an earlier marriage, to Natalya Ryumina.

While he was a graduate student, Mr. Ryumin was training with the corporate that had manufactured the primary Sputnik satellite. But, he said within the NASA interview, he never dreamed that someday he too can be orbiting Earth.

“In those times it was like a giant fantasy, and I never could imagine that I’d must do that, what I did,” he said. “I never could dream about it.

“Now children can dream and so they can say, since an early age, ‘I’m going to be an astronaut or cosmonaut,’” he added. “People of my generation couldn’t dream about it, because they didn’t know what to dream about on the time.”