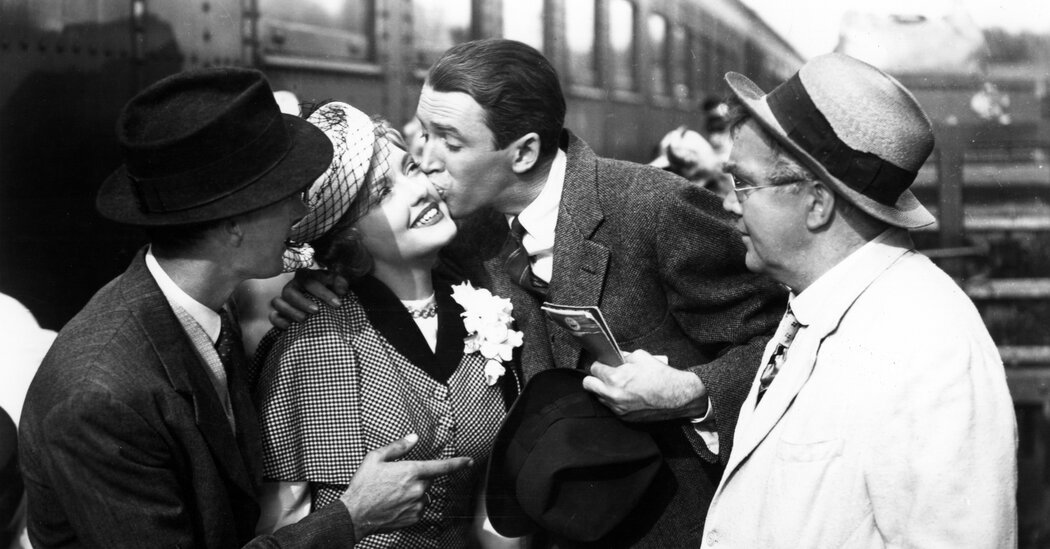 Virginia Patton Moss, the last surviving adult member of the solid of Frank Capra’s “It’s a Wonderful Life,” who, three years after that film was released, left Hollywood to seek out her own wonderful life raising a family in Ann Arbor, Mich., died on Aug. 18 in Albany, Ga. She was 97.

The death, at an assisted living facility, was confirmed by her son, Michael Cruse Moss.

As Virginia Patton, she began her movie profession at 18. She had appeared in 10 movies, mostly in uncredited roles, when she was solid in “It’s a Wonderful Life” (1946), which stars James Stewart as George Bailey, a frustrated banker within the town of Bedford Falls who, when he faces bankruptcy, contemplates suicide, but who’s saved by a guardian angel who shows him what the lives of everybody on the town would have been like without him.

Miss Patton appears within the film when her character, Ruth Dakin, steps off a train with George’s younger brother, Harry (Todd Karns), on the railroad station in Bedford Falls, bearing news that that they had married. Harry introduces her as Ruth Dakin, but she adds confidently, “Ruth Dakin Bailey, when you don’t mind.”

“What’s a fairly girl such as you doing marrying this two-headed brother of mine?” George asks.

George is shaken, realizing that if Harry takes the job, he can’t flee Bedford Falls and leave his family’s building-and-loan association to his brother to run, as he had long hoped. Then, when a still dazed George catches as much as Ruth, who has walked ahead of him eating popcorn, she tells him, “George, George, George … that’s all Harry ever talks about.”

Before that scene was filmed, Miss Patton was anxious that she could be eating buttered popcorn and that the camera would zoom in and show butter on her white gloves.

Virginia Ann Marie Patton was born on June 25, 1925, in Cleveland and grew up in Portland, Ore. Her father, Donald, was an aeronautical engineer, and her mother, Marie (Cain) Patton, was a homemaker. Virginia was a great-niece of General George S. Patton, the daring World War II Army commander

After her family moved to Los Angeles, she attended classes on the University of Southern California and appeared in a play written by William C. deMille (the older brother of the director Cecil B. DeMille, who capitalized the “D” in his family’s last name). That performance led her to Hollywood.

At 18 she appeared in a musical number with Ann Sheridan in her first film, the Warner Bros. musical “Thank Your Lucky Stars” (1943); she was in a string of other Warner Bros. movies before Mr. Capra signed her for “It’s a Wonderful Life.”

She appeared in 4 more movies — including starring roles in “The Burning Cross” (1947) and “Black Eagle” (1948)— but left Hollywood for good after marrying Cruse Watson Moss, who became an automotive executive, in 1949, when she was 24.

“It’s Tinsel Town,” she said of Hollywood when she was interviewed in 2010 by Lucy Ann Lance on WLBY, a radio station in Ann Arbor, where Mrs. Patton Moss lived for many of her life. “And that’s not the life that I wanted. I got what I wanted in Ann Arbor.”

In that university town, she raised her three children and was a Boy Scout and Girl Scout leader; studied art history and archaeology on the University of Michigan; served on the boards of the Kelsey Museum of Archaeology and the Stearns Collection of Musical Instruments, each on the university; was a docent at the college’s Museum of Art; and raised funds for various organizations. She was also president of the Patton Company, her family’s real estate investment firm.

Joseph Lam, a former director of the Stearns collection, said in an email that Mrs. Patton Moss “was very creative in setting the scenes of fund-raising activities,” adding, “Her flower decorations, and other artistic details, contributed much to the artistic and jovial atmosphere of the parties.”

Along with her son, Mrs. Patton Moss is survived by a daughter, Carol Moss Loop; seven grandchildren; and three great-grandchildren. Her husband died in 2018. One other son, Stephen, died in 1997.

When reminiscing about “It’s a Wonderful Life,” she spoke extensively about Mr. Capra and his message, delivered through the lifetime of George Bailey, concerning the impact a single person’s life can have on his community.

“Capra knew we were coming out of a war, we were in terrible shape and there needed to be some variety of stimulus,” she told the St. Nicholas Institute. She then rang a bell, which, within the film, signified that an angel had gotten its wings.