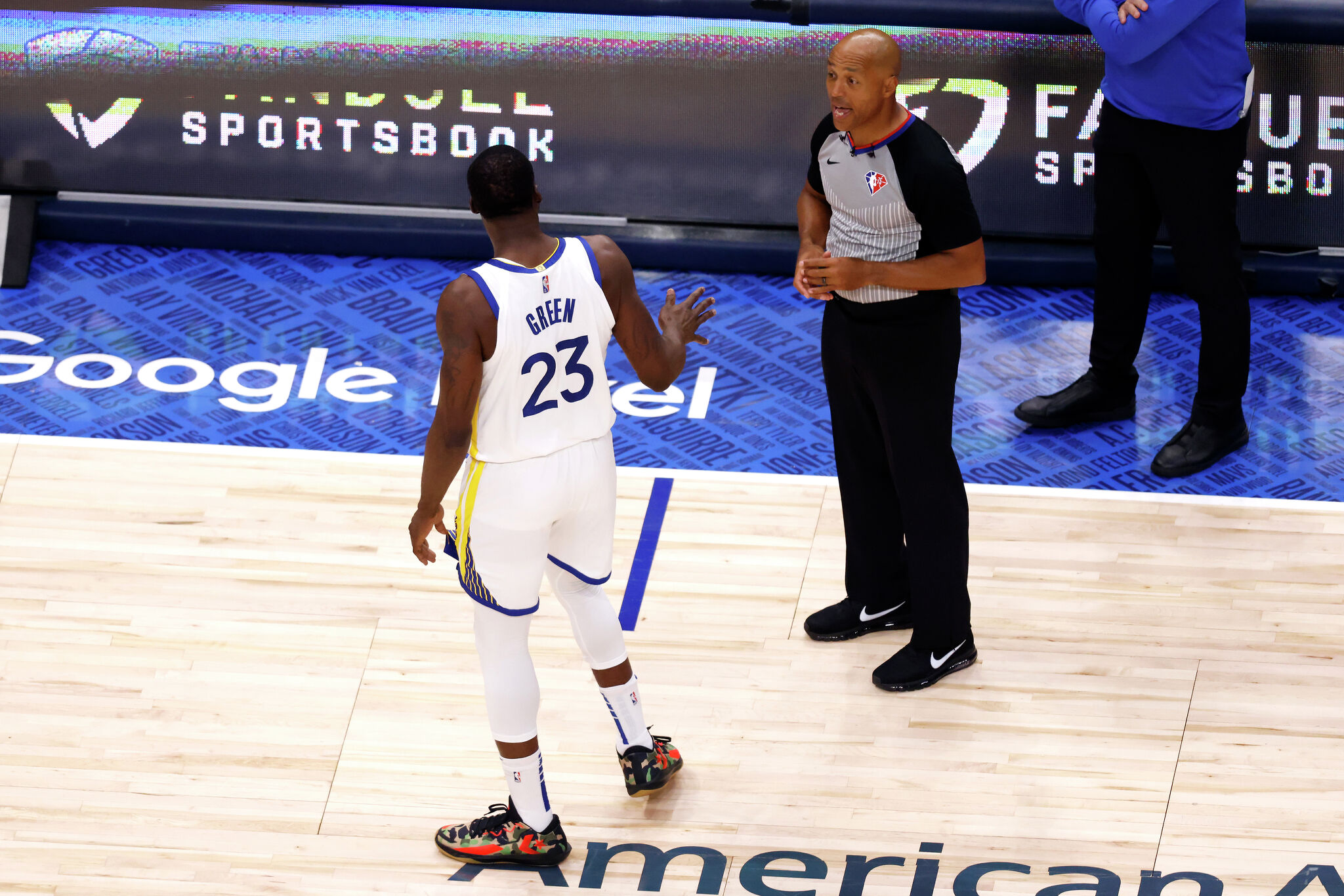 Within the second quarter, Davis called Green for a backcourt violation, although a replay very much doesn’t support such a call. “It mustn’t have been [called],” TNT’s Stan Van Gundy said after the replay was shown.

In response, Green yelled, “That is ridiculous! This ain’t about you!” to Davis, in accordance with NBC Sports Bay Area’s Dalton Johnson.

They called this an over and back on Draymond Green… pic.twitter.com/SWReVPQqIy


Davis’ worst call of the night got here when he enthusiastically waved off Andrew Wiggins’ thermonuclear dunk over Luka Doncic over a nonexistent offensive foul. Dubs coach Steve Kerr successfully challenged the play, prompting Green to yell, “You will need to be stopped, Marc!” at Davis.

After the sport, Curry also castigated Davis by name.

“It was unbelievable,” Curry said of Wiggins’ dunk. “And we got to see 800 replays due to challenge, so appreciate you, Marc. That was nice.”


Green went back after Davis on his podcast after the sport.

“I hate that the play was stopped by the offensive foul call,” Green said. “I do know that we still got the 2 points and the dunk counted, it just sucks that those emotions weren’t in a position to be felt right there in that game. Once the review happens and it counts and all of that, it’s cool, nevertheless it’s not the identical emotion than when the dunk just happened.

Davis’ poor performance might be more about attempting to do an excessive amount of as an official versus an anti-Golden State bias of some sort. Before the sport, he was filmed asking Mavericks reserve Theo Pinson to alter his shirt since it matched the Warriors’ white jersey color.