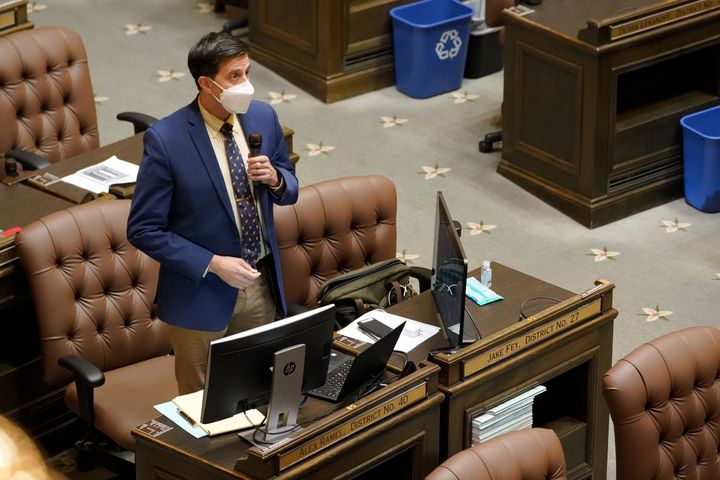 Over the past month, the gas industry and its unions flooded a neighborhood race in Washington state with money to defeat a progressive incumbent who had championed policies to shift the Evergreen State away from gas appliances.

But voters within the district covering the San Juan Islands and neighboring coastal communities overwhelmingly favored incumbent Rep. Alex Ramel in the primary round of voting on Tuesday night.

The progressive netted nearly 75% of the roughly 23,000 votes solid in the first. Trevor Smith, the union leader who solid Ramel’s push for electrified buildings as dangerous and out-of-touch, won about 22%. Write-ins made up the opposite 3%.

In an email to HuffPost, he said “there was clearly a backlash from the community learning about that much money was being spent by oil and gas corporations and their friends.”

Each Democrats will now advance to November’s general election.

State Rep. Alex Ramel, who’s facing a heated challenge from one other Democrat on this election, speaks on the ground of the House on the Capitol in Olympia, Wash.

In June, gas corporations, construction trade groups, and unions representing their employees began donating greater than $300,000 to the Jackson Legacy Fund, a PAC that supports business-friendly Democrats. Later that month, the fund transferred $150,000 to a different PAC called Residents For Legislative Accountability. For the reason that start of July, the latter PAC has spent over $82,000 on advertisements for Smith’s campaign.

The Washington Observer, a neighborhood newsletter, first reported the surge in political spending within the race.

The spending warped the dynamics of the election overnight, bringing this race about halfway to rivaling the Washington statehouse record for essentially the most money spent to defeat an incumbent candidate. Smith’s campaign, which cannot legally coordinate with the PACs, had raised just $24,000, in comparison with Ramel’s $86,000 war chest. 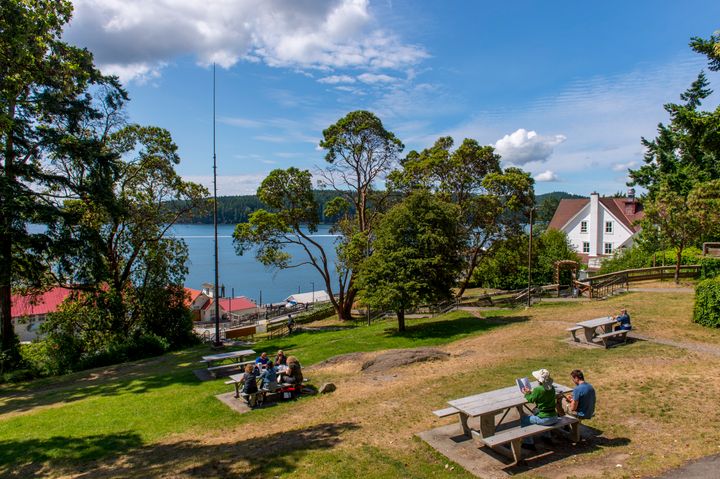 People sitting in a park above the ferry dock in Orcas Village on Orcas Island within the San Juan Islands in Washington. The archipelago is the guts of the state’s fortieth legislative district.

Extra money appears to be within the pipeline. Last month, Marathon Petroleum, which owns considered one of the 2 refineries in Ramel’s district, donated one other $150,000 to Enterprise Washington, the network of PACs that features Residents For Legislative Accountability.

The majority of the cash, nevertheless, has up to now come from constructing trades unions who say Ramel’s electrification push would depart pipefitters and welders jobless with no obvious alternatives if the natural gas network goes into decline.

“There’s nothing secret about this, nothing sinister about this. We’re there on our own employees’ behalf,” Neil Hartman, government affairs director on the United Association of Plumbers and Pipefitters’ Washington state association, told HuffPost last week. “And we’re not going to simply say, ‘Oh, we support Trevor’ and walk away.’ We would like the guy to win.”

About 13% of U.S. climate-changing emissions come directly from buildings’ gas furnaces and stovetops, though that number rises to 40% when counting the share of power plant pollution linked to buildings’ energy use.

The gas industry and its advocates have pushed low-carbon fuels reminiscent of renewable natural gas – produced with livestock manure or sewage – or synthetic fuels as a substitute for electric appliances since those fuels would allow the prevailing gas system to stay in place.

But those gasses could still leak from pipelines and worsen the emissions crisis. They’re also scarce. Even optimistic industry-funded forecasts suggest that there’ll barely be enough of those fuels to make greater than a single-digit dent in gas demand by the center of this century.

That means electrification might want to do the majority of the work of slashing constructing emissions.

Despite that, unions like those backing Smith have focused their political efforts on blocking electrification, spending heavily to fund industry front groups that battle even modest efforts to nudge states away from gas.