What Critics Are Saying About ‘The Lord of the Rings: The Rings of Power’ 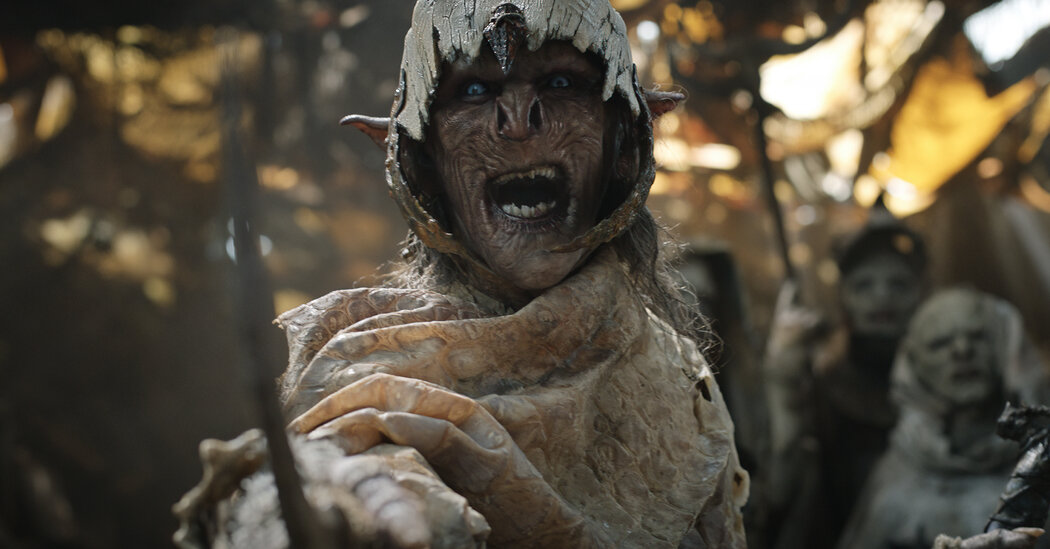 Practically because it was announced several years ago, Amazon’s expensive “Lord of the Rings” prequel series, “The Rings of Power,” has had many individuals predicting its doom. Indeed the series’s quest seems fraught with peril: It must win over a general audience and live as much as the beloved Peter Jackson film trilogy of the early 2000s. And it must also satisfy grumpy Tolkien readers who’ve debated this material for many years. Stray but slightly, as Galadriel might say, and it’ll fail.

With the primary two episodes set to reach on Thursday night (with latest episodes streaming each Friday, starting next week), the reviews are pouring in. Is that this latest TV mega-franchise a catastrophe or a triumph? Sensible or boring? The misfire many predicted or the one show that may rule all of them?

Read on for a spread of opinions, together with other noteworthy recent features on the series.

‘Shiny, Not Yet Precious’ [The New York Times]

James Poniewozik, The Recent York Times’s chief television critic, writes that within the early going, the series “doesn’t reinvent the ring.” It does, nonetheless, “add a couple of latest filigrees,” he adds. “It immediately conjures the visual spell of the flicks. More essential, it manages, eventually and infrequently, to create its own swashbuckling, storytelling magic.” A few of those magic sparks are available the shape of a “star-man,” who travels to Middle-earth via a meteor, and a nuanced portrayal of Galadriel: “A troubled, obsessed Carrie Mathison-like Galadriel is probably not purely Tolkien,” Poniewozik writes. “But she is interesting.”

‘With “House of the Dragon” and “The Rings of Power,” We’ve Entered the Age of Blockbuster TV’ [The New York Times]

There are incredibly high expectations for big-budget fantasy shows not only to succeed, writes Ross Douthat, a Times opinion columnist, but in addition to set the direction for a latest age of television: the age of Blockbuster TV. The challenge for “The Rings of Power” will probably be to humanize its epic sweep and highlight characters the audience can discover with. The show “needs more politics and personality and nonmagical conflict,” Douthat writes. “There’s only a lot you possibly can do with sonorous elf talk.”

A scholar of Tolkien’s works, Dr. Michael D.C. Drout, is wary of the trend to create franchises out of literary works, particularly, on this case, without the deceased writer’s knowledge or permission. If viewers are upset by the Amazon series, Drout predicts, it’ll since it lacks the “literary and moral depth” of Tolkien’s world. He asks, “Can an organization as intent upon domination as Amazon really understand this attitude — and adapt that morality to the screen?”

‘Amazon’s Prequel Is Type of a Catastrophe’ [Entertainment Weekly]

Is it a nasty sign that the critic Darren Franich is rooting for the orcs? He dismisses much of the show as “dull,” “bland,” and “boring,” but he does hold out hope that future episodes will feel less like “Now That’s What I Call Middle-earth! karaoke.” For now, he frets about finding laughs where there aren’t alleged to be any — within the maps (“more funny than informative”), the computer graphics (almost “Monty Python”) and the plotting.

Leon Miller finds that the primary two episodes of the series “come up short,” despite being “impressively cinematic” with “bravura camera work.” “It’s all terrific, however it’s all so familiar, too,” he writes. Expanding on Tolkien’s mythos and punching up the show’s clunky dialogue would help matters: “Language was an enormous deal for Tolkien; he was an Oxford don who didn’t just study languages, he invented his own for fun.”

‘Staring Down the Trolls: What’s Really Behind the Battle Over “The Rings of Power”?’ [The A.V. Club]

Debates about diversity and inclusivity in “Lord of the Rings” are inclined to attract trolls, and Cindy White says that outrage brokers who want the series to fail are using it to advance their very own agendas, “from mainstreaming alt-right ideologies to the monetization of anger for clout.” A tip-off? “Search for inflammatory statements in ALL CAPs and words like ‘woke,’ ‘SJW,’ and ‘normies’ utilized in the pejorative sense,” she writes.

‘Many Predicted Amazon’s “Lord of the Rings” Prequel Can be a Disaster. It Isn’t.’ [The Los Angeles Times]

The critic Robert Lloyd thinks the series suits right into a gray middle area, “neither a disaster nor a triumph,” adding that he feels that casting actors of color and foregrounding female characters, particularly Galadriel (played by Morfydd Clark), profit the show. The one potential downside is, when depicting fantasy-world racism, the series decides to “too obviously adopt the language of contemporary American prejudice to make some extent.” But that, he says, is “a matter of poor writing moderately than a nasty idea.”

‘“The Rings of Power,” Sweeping and Gutsy, Makes the Most of Its Ample Lore (And Amazon Budget)’ [Variety]

Variety’s chief TV critic, Caroline Framke, sees beauty in how the series balances so many disparate characters and story lines, like spinning plates: “When one threatens to return crashing down, the show can simply move on to the following until it’s ready to select up where it left off.” The steadiest of those plates, though, stays Galadriel. Also, for those wondering if the show is secure for youths to look at, she determines, “Yes, so long as they will handle war and/or the occasional orc jump scare.”

‘A Spectacularly Cinematic Return to Middle-earth’ [The Independent]

“It’s a spectacle-filled return to a lovingly rendered Middle-earth,” Kevin E.G. Perry writes. Despite the promise of an “awfully big adventure,” he thinks top-of-the-line parts of the show is something — or someone — small: the proto-hobbits referred to as the Harfoots. “It’s the Harfoots that basically make ‘The Rings of Power’ work,” he writes. “These pastoral scenes manage to capture the magic of the late-80s BBC version of ‘The Chronicles of Narnia.’”

‘Amazon’s “The Lord of the Rings: The Rings of Power” Is Small-Screen High Fantasy Done Right’ [The Verge]

Some might take issue with the show’s initial pace, but the author Charles Pulliam-Moore sees it as “a really effective way of illustrating how elves experience and perceive time very in another way than other races who aren’t as long-lived.” Also, the elves at the moment are presented more as “complicated, flawed people,” moderately than as mysterious beings. And despite the large computer-generated expenditures in evidence, Pulliam-Moore most appreciates practical effects just like the hide-y holes on the Harfoot encampment, which offer “a number of the series’ most truly magical moments.”

The critic Nick Schager admires how the show incorporates beloved characters — particularly Galadriel (“the soul of “The Rings of Power”) — while also establishing stunning latest kingdoms. But it surely’s the show’s rigorously calculated tone that he most admires — a “balance between the fantastic and the vile, the romantic and the brutal, the euphoric and the despairing, and the grand and the intimate.” That is “fantasy writ exhilaratingly large,” Schager writes, concluding that it “feels fresh and alive.”

‘“The Rings of Power” Is Too Big to Fail’ [Vulture]

The show is big, Kathryn VanArendonk writes, too big for the small screen, too big to be a failure, too big to be ignored, too big, perhaps, even to be mocked. (“Its emotional core, though simplistic, is just as big and openhearted.”) The brute force of its size also raises some existential questions: “At what point is a television show so big and so bored with being TV-shaped that it essentially makes it one other species?”