What Is the Free State Project? 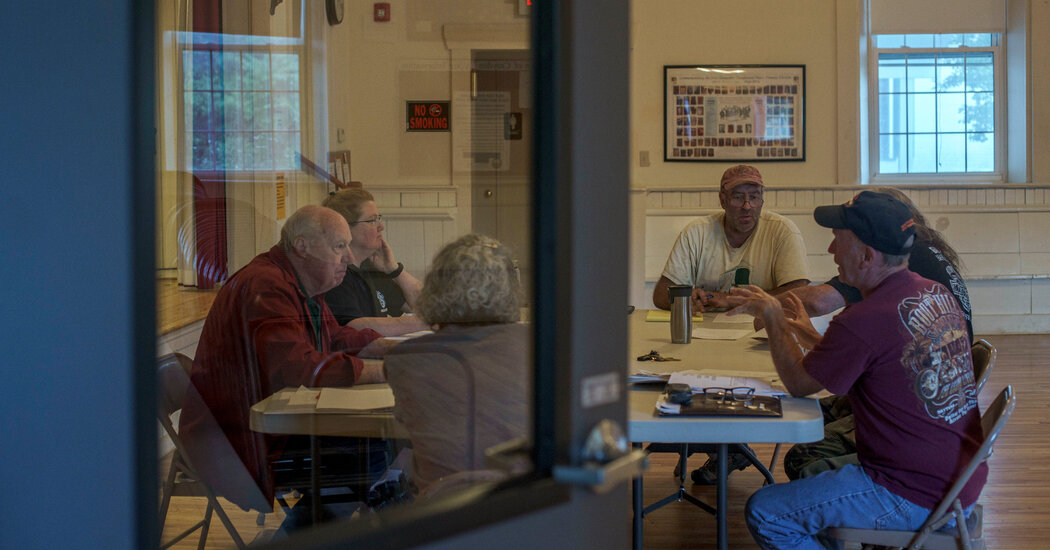 Today’s newsletter is a guest dispatch from Dan Barry, who wrote in The Recent York Times on Sunday about how the surprise victory of a hardcore libertarian movement in a small Recent Hampshire town led to swift backlash — and a harsh lesson within the importance of showing as much as vote. Here, Dan explains the group behind the clash.

For nearly 20 years now, and without much national attention, restless libertarians all over the place have been relocating to Recent Hampshire. They’re drawn less by the spectacular fall foliage than by a literal interpretation of a state motto more often stamped on license plates than uttered in conversation: “Live Free Or Die.”

Much of this migration has been driven by a nonprofit organization called the Free State Project. Its adherents imagine that by moving en masse to a small state with an inordinately large legislature — 400 representatives and 24 senators for 1.38 million people — they’ll effect change to their liking. That’s: limited government, self-reliance, limited government, free markets and limited government.

“By concentrating our numbers in a single state, we’re maximizing our impact as activists, entrepreneurs, community builders and thought leaders,” the group’s website says. “Free Staters are neighborly, productive folks from all walks of life, of all ages, creeds and colours, who’re on a mission to prove that more liberty results in more prosperity for everybody.”

In any case, who’s against liberty?

But it surely stays an open query whether the movement’s interpretation of liberty — emphasizing individual rights over the common good — has gained significant traction.

In 2016, for instance, the Free State Project announced with fanfare that 20,000 people had signed a pledge to maneuver to Recent Hampshire inside the following five years and to assist create a society by which the “maximum role” of presidency could be to guard individual rights. People supporting gun rights, gay marriage and monetary conservatism are welcome; racists, bigots and people promoting violence will not be.

“Are you bored with the federal government at all times getting greater?” the Free State Project’s website asks. “Do you’re feeling just like the only person around who just desires to Live Free? You will not be alone!”

Six years later, the group says the variety of Free Staters in Recent Hampshire stands at 6,232.

“It seems to have been easy to get the pledges,” said Wayne Lesperance, a political science professor at Recent England College in Henniker, N.H., who has studied the Free State movement. “Actually the 20,000 haven’t materialized. There’s no data to support they’ve come closer than 6,000, and even that sounds high.”

Lesperance said that the Free State Project — which, like Recent Hampshire, is overwhelmingly white — “appeals to disaffected white folks who may not wish to take care of the complexities of race relations.”

He emphasized that he saw no links in any respect to white supremacist ideology. Moderately, there’s “a pining for a time when life was much simpler,” he said. “A time when people were left alone.”

Having failed to date to realize a bloc of 20,000 “liberty activists” in Recent Hampshire, Free Staters have nevertheless made their presence known in ways beyond their annual PorcFest, a weeklong Woodstock-like event for liberty lovers that features pancake socials, Bitcoin poker nights, movies (“Ayn Rand: A Sense of Life”) and plenty of, many lectures (“Can You Still Get Wealthy With Crypto?” “Eliminate Your Income Tax Liability — It’s Easy!”).

The group claims that 45 of its Free Staters have been elected to the State Legislature since 2008 — more of them identifying with Republicans than with Democrats. It says that 20 Free Staters are within the Legislature in the intervening time, with about 100 “liberty-minded individuals” not affiliated with the project in state government.

Free Staters have, in response to Recent Hampshire Public Radio, “led the charge in creating lower-fee nano-brewery laws, repealed the state’s knife codes, and passed a bill that grants immunity to users who report a drug overdose to the police.”

But even in a state known for its mind-your-own-beeswax vibe, many have found the Free State philosophy — initially rooted in an embrace of secession — to be alarming. There’s even a web site dedicated to monitoring the movement and helping communities explore ways to “handle Free State Project members and activities.”

A classic example of the movement’s purposeful disruption unfolded last March within the small Recent Hampshire community of Croydon, population 800. At a sparsely attended annual town meeting, a Free Stater and city select board member named Ian Underwood made a surprise motion to chop the varsity budget by greater than half. He argued that spending had risen while student achievement had not, and he questioned the value of faculty activities like sports and music instruction.

The motion passed by a low-turnout vote of 20 to 14, sending Croydon into paroxysms of anger and guilt and resulting in the creation of a grass-roots organization now called We Stand Up for Croydon. The group succeeded in forcing one other public meeting in May, when a motion to revive the budget passed 377 to 2 — a great day for participatory democracy.

But it surely was a less-than-stellar day for Underwood and his fellow Free Staters. Some who might need agreed together with his arguments were delay by the somewhat underhanded manner by which he tried to bring about change.

Even his wife, Jody Underwood, a Free Stater and a member of the Croydon school board who supported the novel budget cut, thought that her husband’s motion, delivered without giving townspeople time to digest the particulars, was unwise.

“I don’t like how this was just forced on people,” she said. “That’s never a great option to do things.”

Though they ultimately lost their battle in Croydon, she said, “Free Staters thought it was great” — partially, presumably, since it brought more attention to their cause.

But more attention doesn’t at all times work in a cause’s favor. Hope Damon, a Croydon resident who joined the fight against the budget cut, is planning to retire from her job as a nutritionist and run for a seat within the State Legislature. She was motivated partially to stop the Free State movement from growing.

“I’m being quite straightforward,” said Damon, who considers herself a moderate Democrat. “We don’t trust them.”

Democrats and activists who oppose cutting school budgets at the moment are planning events in other towns; one rally against the Free State movement was held in Keene, N.H., last Saturday. And the anti-Free State group We Stand Up for Croydon is planning a community picnic next month on the Croydon fire station. Billed as a “thanks” to residents who stood up against the budget cuts, it is usually a reminder that the political fight is removed from over.

Damon said that the Free State influence within the State Legislature is far more powerful than many might realize.

“This shouldn’t be a fringe group anymore,” she said. “And because of this we have now to work vigorously for individuals who value democracy for the common good.”

On Politics usually features work by Times photographers. Here’s what Haiyun Jiang told us about capturing the image above:

Contained in the Capitol Rotunda, 4 pool photographers, including myself, were stationed across the room to cover an event honoring Hershel Williams, the last living Medal of Honor recipient from World War II, who died recently at 98.

In the course of the public viewing a part of the event, I noticed the reflection on the ground of the Rotunda, the historic paintings displayed within the background, Army personnel on guard — and every part, including light, centered on Williams’s coffin.

I got lower and waited for somebody wearing dark clothes to walk by to match the mood and the colours of other elements within the photo. I wanted to indicate the busy pace of the general public viewing.

Finally, I slowed down the shutter speed and made the frame. I desired to convey the importance of the event and the farewell of a brave service member.

I feel the colours on this photo worked well together, guiding the audience’s attention to Williams’s coffin and the sense of place and movement surrounding it.

Is there anything you’re thinking that we’re missing? Anything you would like to see more of? We’d love to listen to from you. Email us at onpolitics@nytimes.com.