What Music to Expect at Queen Elizabeth II’s Funeral 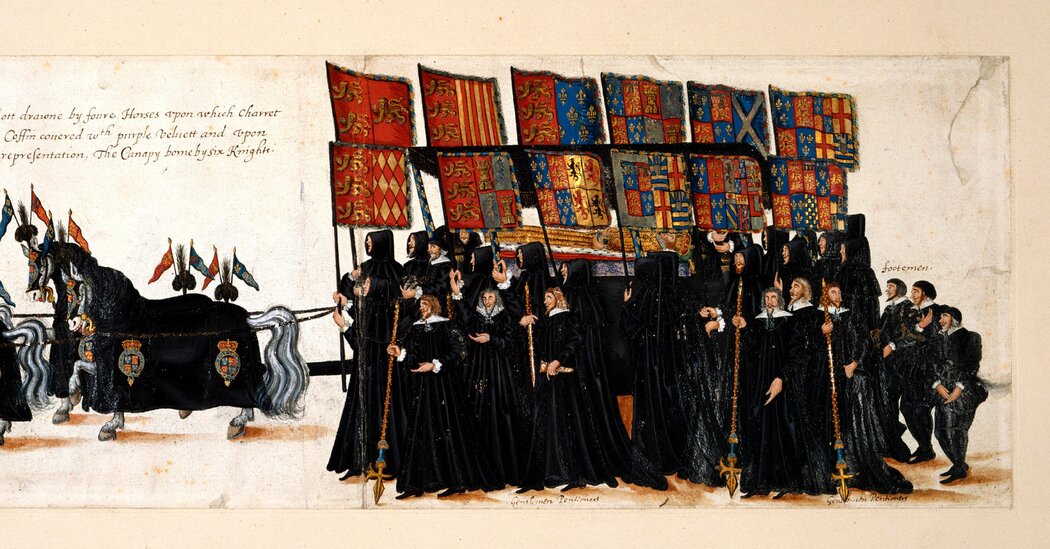 What’s the sound of a monarch’s death — the music and noise that commemorates the top of 1 regal life in preparation for the one to return?

Music plays an unlimited role in British royal ceremonies, particularly funerals, like Queen Elizabeth II’s on Sept. 19, which function as each state and non secular rituals. Since the British monarch can also be head of the Church of England, the sounds of those events are sometimes tied to the Anglican musical tradition, springing out of the post-English Reformation Church.

Since 1603, much of the royal funeral’s format has stayed the identical, while some facets shift to reflect the time and the monarch. The result’s a striking combination of diverse works that tell each the story of the British monarchy and British music.

The rites performed within the Church of England service come from the Order of the Burial of the Dead from the Book of Common Prayer. First published in 1549, it provided services and ways of day by day worship in Anglican churches. The musical portions of the liturgy offered the text that has been set by composers for funerals — royal and otherwise.

Those texts are called Funeral Sentences, collectively called the Burial Service, and are broken up into three parts: Opening Sentences, sung when the priests meet the body on the church; Graveside Sentences, for when the body is buried or interred; and the Last Sentence, sung after the priest throws earth onto the body.

Through the funeral, Sentences are separated by psalms, that are read or sung, and anthems (choral works accompanied by instruments, one other musical element of the Book of Common Prayer’s liturgy). As well as, royal funerals have featured outdoor processions, including wind, brass and percussion instruments within the seventeenth century and, within the Twentieth, imperial military bands.

Here is an summary of great moments within the history of such music, from Elizabeth I to Princess Diana and the current.

Elizabeth I’s funeral, at Westminster Abbey, began the tradition of grand royal services. It was the primary such ceremony to make use of the Anglican rites and have its associated musical liturgy. While we have no idea conclusively what was performed, illustrations and surviving accounts from musicians mention the outdoor procession featuring trumpeters and the combined choirs of the Chapel Royal and Westminster Abbey. The setting almost certainly used for the burial service is by Thomas Morley (1557-1602), possibly written in anticipation of the occasion and infrequently considered the primary of its kind. Morley’s setting reflects the solemnity of each the text and the occasion, and it became standard for royal funerals until the 18th century.

Musical innovations made to the royal funeral began with Mary II and the inclusion of recent music by Henry Purcell (1659-95), including one Graveside Sentence: “Thou knowest, Lord, the secrets of our hearts.” Known as “Music for the Funeral of Queen Mary” (Z. 860), including the march and canzona also performed, Purcell’s setting of “Thou knowest, Lord” might need been composed to match Morley’s Sentences, accompanied by “flatt, mournful Trumpets” mirroring the vocal parts. Purcell’s “Funeral March” was a latest, thunderous addition, opening with deep, heavy drums before the trumpets enter, each mournful and heraldic.

Anne’s funeral, at Westminster Abbey, showcases the royal funeral integrating latest music into already existing settings of the Burial Service. Alongside Morley’s Opening Sentences were Funeral Sentences from the Chapel Royal organist William Croft (1678-1727). Croft’s Burial Service became the selection for royal funerals to return, and though it was written for Anne’s funeral, it was almost certainly not accomplished until 1722. He would use Purcell’s “Thou knowest, Lord” as one in all the Sentences inside his Burial Service, writing in his “Musica Sacra” (1724) that he “endeavoured, as near as possibly I could, to mimic that great Master and celebrated Composer.” Anne’s funeral also included a latest anthem by Croft, “The Souls of the Righteous.”

The death of Caroline, the wife of George II, led to a musical addition to the royal funeral befitting the Hanoverian queen. George commissioned a funeral anthem from George Frideric Handel (1685-1759) who had known Caroline as a toddler. Handel’s anthem, “The Ways of Zion Do Mourn” (HWV 264), is a monumental work that on the Westminster Abbey funeral “took up three quarter of an hour of the time,” The Grub-Street Journal described, and employed almost 200 performers. While an anthem, the varied parts of the work recall the Lutheranism of Caroline and Handel, featuring quotations of that faith’s music. Notably, Mozart would use the melody of the anthem’s first chorus for his Requiem (1791).

Like a lot about Victoria’s reign, her funeral was exceptionally different from that of her predecessors. Unlike previous monarchs, she requested a royal public funeral at St. George’s Chapel, Windsor, and a personal burial next to Prince Albert at Frogmore House, near Windsor. Because the general public service prioritized the funeral as state function over the utility of burial, Croft’s Burial Service here is more an appeal to tradition relatively than a liturgical and non secular need. Accordingly, Purcell’s “Thou knowest, Lord” and “Man that’s born of woman,” by S.S. Wesley (1810-1876), are known as anthems as an alternative of Funeral Sentences, rationalizing their inclusion within the service. The tip of the ceremony featured music by Gounod, Tchaikovsky, Spohr and Beethoven, wresting the funeral music from the hands of British composers.

RECENT ROYAL FUNERALS may offer insight into this tradition’s future. Princess Diana’s funeral, in 1997, featured Croft, however the anthem and procession decisions embodied Diana the person: John Tavener’s “Song for Athene,” Elton John’s “Candle within the Wind,” and the second half of the “Libera me, Domine” from Verdi’s Requiem. With Tavener and Verdi, non-Protestant music and liturgy were included for the primary time in a royal or state funeral; and all three works evoke a solemnity and majesty each timely and timeless.

Similarly, Prince Philip’s participation in his own funeral’s planning shows through in his selection of musical selections. Together with Croft were the hymn “Everlasting Father, Strong to Save,” a nod to his naval roots, and two pieces commissioned by him: Benjamin Britten’s “Jubilate Deo,” written for St. George’s Chapel, Windsor, and a setting of Psalm 104 by William Lovelady, arranged for 4 voices and organ. This musical flexibility shows one other shift within the royal funeral tradition because it continues into the twenty first century.

So, what can we expect for Elizabeth II? It has been 70 years since Britain has witnessed the sovereign’s funeral, and a lot has modified in that point. Britain has entered a latest era, post-Brexit, wherein there could also be a call to return to the music of old. But many composers have thrived within the second Elizabethan Age — as wide-ranging as Britten and Errollyn Wallen — together with her coronation as a testament to musical innovation much like Elizabeth I.

Britain’s future is unknown, and the top of Elizabeth II’s reign could also be a turning point. Her funeral will sound like so many who got here before. But it surely may sound just like the music of a latest age.

Imani Danielle Mosley is an assistant professor of musicology on the University of Florida. She focuses on the music and culture of postwar Britain, Benjamin Britten, English modernism and Twentieth-century opera.