What We Learned From Week 6 within the N.F.L. 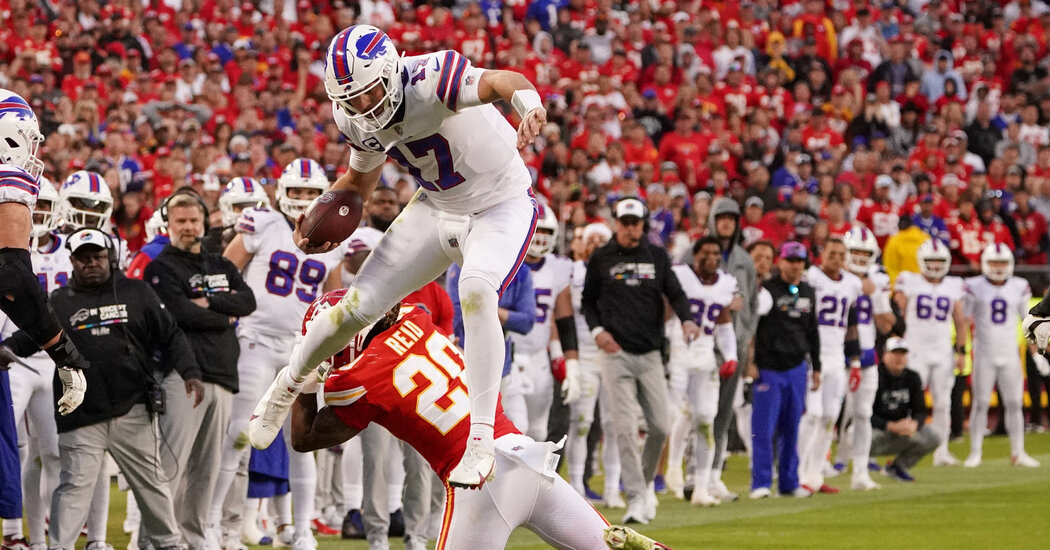 Rams 24, Panthers 10: The Panthers’ spiral continued downward as Carolina played without starting quarterback Baker Mayfield (ankle) and the coaching staff kicked receiver Robbie Anderson out of the sport within the second half after he and the staff went at it multiple times on the sideline. The bonus for Los Angeles was Allen Robinson finally got here to life, earning a season-high 63 yards thanks partially to a unbelievable back shoulder grab along the sideline.

Seahawks 19, Cardinals 9: The Seahawks got standout play from rookies, including running back Kenneth Walker III, who ripped off a 34-yard run and had an 11-yard touchdown early within the fourth quarter. The rookie cornerback Tariq Woolen snagged two turnovers, a fumble recovery and an interception.

Bills 24, Kansas City 20: Josh Allen turned across the snooze fest with the Bills’ last possession of the primary half. He led Buffalo on a 96-yard touchdown drive that included a third-and-13 from the Bills’ 1-yard line. Each quarterbacks showed their best traits within the second half — arm strength for Allen and masterful pocket management and creativity for Mahomes — until Mahomes got the ball back for one final drive at the top and immediately threw a pick on the nickel corner Taron Johnson.

Vikings 24, Dolphins 16: Quarterback injuries carry on coming for the Dolphins. Skylar Thompson got the beginning for the Dolphins with Teddy Bridgewater having cleared concussion protocol on Saturday. Thompson injured his thumb midway through the competition, forcing the less-than-100-percent Bridgewater into the sport, and the Dolphins’ offense just never found its footing. The Vikings won their fourth straight game behind one other 100-yard-receiving game from Justin Jefferson.

Falcons 28, 49ers 14: It’s never fun for a team to be without its entire starting line of defense, as San Francisco was, however it’s especially suboptimal against an offense concocted by Arthur Smith. The Falcons’ rushing offense has been a machine this season, mixing traditional outside zone running schemes with quarterback runs and a handful of gap runs to maintain defenses on their toes. It worked to perfection against a depleted 49ers front because the Falcons ran 40 times, providing efficient gains and opening up the play-action game to assist Marcus Mariota go 13 for 14 for 129 yards and two scores.

Patriots 38, Browns 15: The Browns didn’t get gashed on the bottom the best way they normally do, however it didn’t matter. The Patriots rookie quarterback Bailey Zappe carved up a Browns secondary liable to coverage busts by rushing the ball out quickly to his playmakers and delivering a handful of clutch play-action passes. Moreover, the Patriots rookie receiver Tyquan Thornton finally saw game motion, snagging a 2-yard touchdown over the center of the top zone within the third quarter and running in a rating within the fourth.

Jets 27, Packers 10: The Jets dominated the sport up front on each ends. On offense, they relentlessly ran on the Packers’ feeble front, even hitting a few trick plays for touchdowns. Defensively, the Jets’ four-man pass rush ravaged the Packers’ offensive line. Easy stunts and twists repeatedly gave the Packers suits, forcing Aaron Rodgers to play while under siege all game.