What’s on TV This Week: ‘38 on the Garden’ and a ‘Twilight Saga’ Marathon 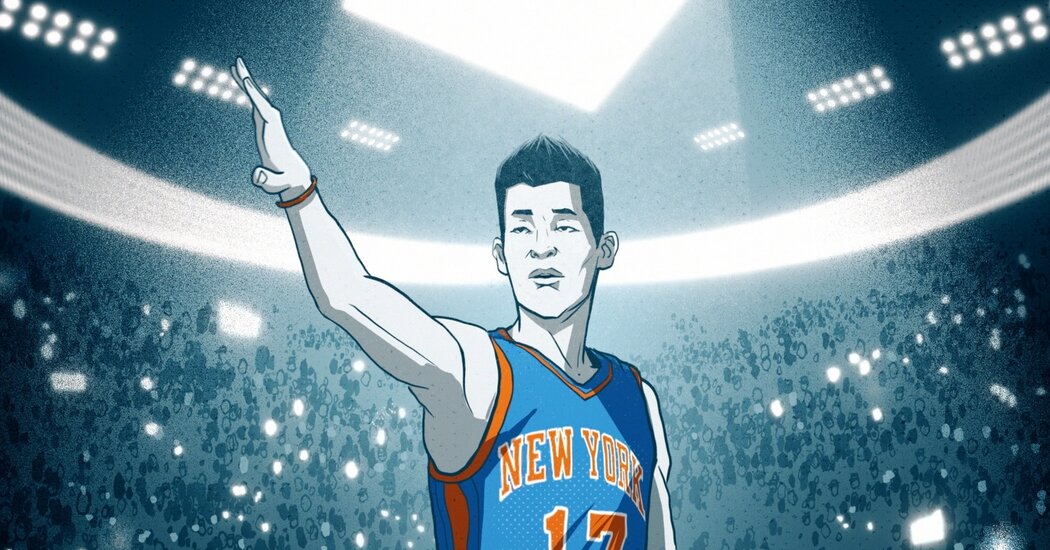 Between network, cable and streaming, the trendy television landscape is an enormous one. Listed here are among the shows, specials and films coming to TV this week, Oct. 10 — 16. Details and times are subject to alter.

ALL AMERICAN 8 p.m. on The CW. Based loosely on the lifetime of the NFL linebacker Spencer Paysinger (who acts as a consulting producer), this show is back is for a fifth season. Within the spring, we saw Spencer (Daniel Ezra) and the remainder of his group graduate highschool and begin making steps toward their future. Though it isn’t even Halloween yet, this episode will catapult us into the vacation mood — Spencer, JJ (Hunter Clowdus) and Asher (Cody Christian) throw a Christmas party attempt to impress a woman.

AVENUE 5 10 p.m. on HBO. The 12 months is 2060, ocean cruises are out and space cruises are in — that’s the premise of this show, entering its second season and starring Hugh Laurie, Josh Gad and Zach Woods. “Despite the scabrous behavior of the crew and the (largely caricatured and dull) consternation of the passengers, there’s an incipient earnestness to ‘Avenue 5,’” Mike Hale wrote in his review for The Recent York Times. “It feels as if we may begin to see unexpected grace and resourcefulness and pluck, somewhat than unrelieved cynicism and self-dealing.”

MY TRUE CRIME STORY 11 p.m. on VH1. Each episode of this docu-series, narrated by the rapper Remy Ma, people reveal their involvement in theft, drug dealing, sex work and the way they moved past these episodes and located success of their respective fields. The series also touches on how inequalities within the criminal justice system (including mandatory surcharges) can trap people.

THE WINCHESTERS 8 p.m. on The CW. After 15 seasons of “Supernatural,” fans know Dean Winchester (Jensen Ackles) pretty much — but do they know anything about his family? Skipping between the current and the past, this latest spinoff series follows the story of how Dean’s parents, John Winchester (played by Jeffrey Dean Morgan in the unique series and by Drake Rodger here) and Mary Campbell (played by Samantha Smith in the unique series and Meg Donnelly here) met.

38 AT THE GARDEN 8 p.m. on HBO. Jeremy Lin, the previous Recent York Knicks basketball player, known for his seven-game winning streak and “Linsanity,” is the main target of HBO’s latest documentary. More specifically, the special brings viewers back to Feb. 10, 2012, when Lin scored 38 points against the Los Angeles Lakers at Madison Square Garden. Hasan Minhaj, Iman Shumpert, Jenny Yang, Lisa Ling and Lin himself all appear to comment on the phenomenon of “Linsanity” and the cultural impact for the Asian American community.

LOVE AT FIRST LIE 9:30 p.m. on MTV. The landscape for reality competition dating shows is already pretty jammed packed: We’ve got “Are You the One?,” “Love Island” and “Too Hot to Handle,” to call a number of. MTV is jumping in with one other — about uncovering who’s in an actual relationship and who’s faking it. Every time a liar known as out during a “truth ceremony,” $25,000 is added to the money prize.

WINTER HOUSE 9 p.m. on Bravo. “Winter House” is to Bravo what “The Avengers” is to the Marvel cinematic universe — you see reality stars doing their very own thing on their respective shows (“Summer House” and “Southern Charm”), then come together in a house in Vermont. Many of the forged from the unique season can be returning for the second installment, with Bravo icons Tom Sandoval and Tom Schwartz set to make appearances as well.

CMT ARTISTS OF THE YEAR 9 p.m. on CMT. This annual show celebrates the most important names in country music: Lainey Wilson is taking home breakout artist of the 12 months, and Alan Jackson is being honored with the lifetime-achievement award. Carly Pearce, Cody Johnson, Kane Brown, Luke Combs and Walker Hayes have all been given the respect of artist of the 12 months. The live show will feature performances and surprise presenters.

FIXER UPPER: THE CASTLE 9 p.m. on HBO. Chip and Joanna Gaines are working their renovation magic on a much greater project this time — a hundred-year-old castle in Waco, Texas. Over eight episodes, they’re going to transform the castle while keeping in mind the features that make it accurate to the time period.

REBEL WITHOUT A CAUSE (1955) 10:15 p.m. on TCM. This film, about a young person who moves to a latest town and causes trouble, is certainly one of James Dean’s most iconic roles. Sal Mineo and Natalie Wood also star as his latest friend and the girl he falls for. “Convincing or not in motivations, this tale of tempestuous kids and their weird ways of conducting their social relations is tense with explosive incidents,” Bosley Crowther wrote in his review for The Times.

“THE TWILIGHT SAGA” MARATHON from 1 p.m. on MTV. If you’ve roughly ten hours to spare, and are within the mood for love, vampires, werewolves, highschool drama and a creepy CGI baby, you might be in luck. MTV can be airing, back to back, all five movies (“Twilight,” “Recent Moon,” “Eclipse,” “Breaking Dawn Part 1” and “Breaking Dawn Part 2”). Kristen Stewart, Robert Pattinson and Taylor Lautner star on this young-adult book series turned film franchise.

MISS SCARLET AND THE DUKE 8 p.m. on PBS (check local listings). This mystery series, which stars Kate Phillips as the primary female detective in Victorian London, is back for a second season. Stuart Martin stars as her co-worker, love interest and childhood friend. Together, they tackle the perplexing cases and check out to uncover the reality.