What’s on TV This Week: ‘Grey’s Anatomy’ and ‘The Real Love Boat’ 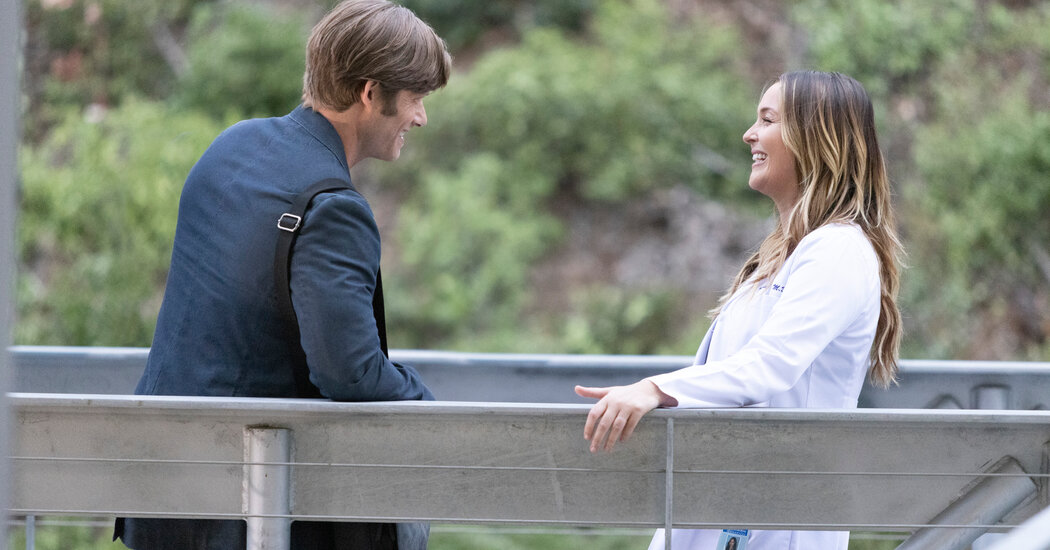 Between network, cable and streaming, the fashionable television landscape is an unlimited one. Listed here are among the shows, specials and flicks coming to TV this week, Oct. 3 — 9. Details and times are subject to alter.

MYSTERIES DECODED PRESENTS: SPIRIT SQUAD 9 p.m. on The CW. The team that features a mystical investigator and a psychic medium head to California to explore the Leonis Adobe residence, inbuilt the 1840s. The home was owned by Miguel Leonis, an early settler within the San Fernando Valley who dubbed himself “The King of Calabasas.” Since it is one in every of the oldest standing residences within the Los Angeles area, the spirit squad is checking to see if any ghosts might exist there.

THE GOOD DOCTOR 10 p.m. on ABC. Season 6 is starting moments after the last season dropped off — with a marriage interrupted by a traumatic crime. Shaun (Freddie Highmore) and Lea (Paige Spara) navigate their relationship as newlyweds and check on Dr. Lim (Christina Chang) and Nurse Villanueva (Elfina Luk), who survived a stabbing by Villaneuva’s ex-boyfriend and are (hopefully) starting their recovery process.

HOCUS POCUS (1993) 9 p.m. on Freeform. Once the leaves start to alter, the air brings a chill and each food market stocks pumpkin-spice products, it’s time to get within the Halloween spirit. What higher way than with the witchy Sanderson sisters? Sarah Jessica Parker, Bette Midler and Kathy Najimy star because the sister witches who’re resurrected on Halloween night. This can even catch you up for the long-awaited sequel, now on Disney+.

THE REAL LOVE BOAT 9 p.m. on CBS. Inspired by the Nineteen Seventies scripted show, this reality series is “The Bachelor” meets “Below Deck.” Rebecca Romijn and Jerry O’Connell host 12 singles (including the boat’s own captain, bartender and cruise director) who mingle as they travel across the Mediterranean. To remain on the boat, couples must keep pairing up as latest contestants come aboard throughout the trip.

ICONS UNEARTHED: THE SIMPSONS 10 p.m. on VICE. Last season, this documentary series dove deep into all things “Star Wars.” Now, they’re back examining the history behind “The Simpsons,” one in every of the longest-running prime-time comedies. Throughout six-episodes among the writers, animators and executives share details from the show and reflect on its 34 years on air.

STATION 19 8 p.m. on ABC. This “Grey’s Anatomy” spinoff follows a Seattle firehouse whose workplace conflicts often seep into firefighters’ personal dramas. Season 6 starts off because the Station 19 crew deals with the fallout of a tornado in town, and Travis Montgomery (Jay Hayden) continues his mayoral campaign.

WALKER 8 p.m. on The CW. This series, a reimagined version of the Nineteen Nineties “Walker, Texas Ranger,” is starting its third season. Jared Padalecki plays Cordell Walker, a father and widower, who returns to Austin after being undercover. In the primary episode of this season, Cordell goes missing, and the opposite rangers step in to try to seek out him. “Walker: Independence,” a prequel of this show set within the 1800s, is premiering right after this at 9 p.m.

GREY’S ANATOMY 9 p.m. on ABC. As this longstanding medical drama begins its nineteenth season, Ellen Pompeo, who plays the namesake lead, Meredith Grey, is simply going to be in eight of the 22 episodes to star in Hulu’s upcoming limited series “Orphan.” Back at Grey Sloan Memorial Hospital, the main focus will likely be on a latest intern class in addition to other recurring surgeons, including Jo Wilson (Camilla Luddington), Amelia Shepherd (Caterina Scorsone), Miranda Bailey (Chandra Wilson) and Richard Webber (James Pickens Jr.).

THE LINCOLN PROJECT 8 p.m. on Showtime. Through the Trump Administration, this G.O.P. super PAC quickly grew in prominence and recognition, bringing in $87 million in donations from their catchy anti-Trump videos. Though they seemed successful from the skin, behind the scenes things were unraveling. The 4 founders — Steve Schmidt, John Weaver, Reed Galen and Rick Wilson — had created a financial agreement to pay themselves hundreds of thousands of dollars in management fees. Moreover, Weaver was accused of sexual harassment. Documentary cameras capture the rise and fall of the group.

THE DAY THE EARTH STOOD STILL (1951) 8 p.m. on TCM. Klaatu (Michael Rennie), a humanoid alien, and his robot Gort (Lock Martin) hop off a spaceship that has landed in Washington, D.C., with one goal: to stop Cold War-era nuclear proliferation and restore peace on Earth. The premise relies on “Farewell to the Master,” a brief story by Harry Bates. In 2008, Keanu Reeves and Jennifer Connelly stared in a remake of the film.

SECRETS OF THE DEAD: ARCHAEOLOGY AT ALTHORP 8 p.m. on PBS (check local listings). This series, starting its twentieth season, uses modern forensic technology to dig deeper (literally) into historical sites. This episode focuses on Althrop, Princess Diana’s family estate where her brother Charles, the ninth Earl Spencer, still lives. The positioning is rumored to be on top of a lost Anglo Saxon village.

STANLEY TUCCI: SEARCHING FOR ITALY 9 p.m. on CNN. The actor is back in Italy doing what he does best: seeing the sights, learning the history and, most significantly, trying the food. This season he’s eating his way through Puglia, Sardinia, Liguria and Calabria. The show recently won an Emmy for outstanding hosted nonfiction series.