What’s on TV This Week: ‘The Banshees of Inisherin’ and Mariah Carey 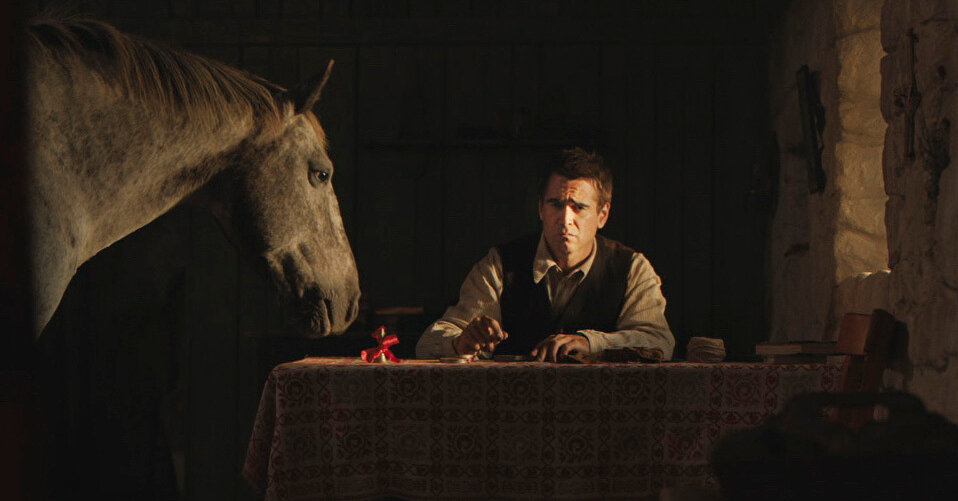 Between network, cable and streaming, the trendy television landscape is an enormous one. Listed below are a few of the shows, specials and flicks coming to TV this week, Dec. 19-26. Details and times are subject to vary.

THE BANSHEES OF INISHERIN (2022) 7 p.m. on HBO. Heated language and cold fingers fly on this dark comedy from Martin McDonagh, about two old buddies, Padraic (Colin Farrell) and Colm (Brendan Gleeson), whose friendship meets a sudden end. Set on a fictional Irish island in 1923, the movie kicks into motion when Colm declares, seemingly out of foggy air, that he’s had enough of Padraic. What follows is surreal and downbeat, with ambitious performances from Farrell, Gleeson and a supporting solid that features Kerry Condon and Barry Keoghan. “It’s not crucial to consider what you see — it might, indeed, not be possible,” A.O. Scott wrote in his review for The Recent York Times, “but you’ll be able to nonetheless end up beguiled by the wayward sincerity of the characters and touched by the sparks of humanity their struggles solid off.” The movie is positioned to be a part of the awards conversation within the lead-up to the Oscars in March.

DEAD FOR A DOLLAR (2022) 8:10 p.m. on Showtime 2. This throwback, low-budget western from Walter Hill (“The Warriors,” “48 Hours”) centers on a bounty hunter (Christoph Waltz) looking for a businessman’s wife (Rachel Brosnahan), whose reasons for having gone missing should not what they appear. It’s “solidly and proudly a B picture,” Scott wrote in his review for The Times. But, he added, “in an age of blockbuster bloat and streaming cynicism, a solid B movie — efficiently shot (by Lloyd Ahern II) and effectively acted (by everyone) is something of a miracle.” The solid also includes Willem Dafoe, Hamish Linklater and Benjamin Bratt.

THE WHEEL 10 p.m. on NBC. The British comic Michael McIntyre has hosted just a few seasons of this quiz show overseas for the BBC; it makes its stateside debut on Monday night. The show — whose set looks something like a big roulette wheel — pairs contestants with celebrity guests who’re sometimes experts on the trivia subjects, and sometimes very much not. Guests on Monday’s episode include the actress Christina Ricci, the comic Amber Ruffin and the tv journalist Steve Kornacki.

MARIAH CAREY: MERRY CHRISTMAS TO ALL! 8 p.m. on CBS. For the fourth consecutive yr, Mariah Carey’s 1994 single “All I Want for Christmas Is You” has recently topped Billboard’s Hot 100 chart, despite its age. That feat should add extra flair to Carey’s performance of the song during this two-hour special, which was filmed in Manhattan at a bedazzled Madison Square Garden.

HOMEWARD BOUND: A GRAMMY SALUTE TO THE SONGS OF PAUL SIMON 9 p.m. on CBS. The primary Grammy Award that the singer-songwriter Paul Simon ever won was for “Mrs. Robinson,” the 1968 Simon & Garfunkel hit he wrote for the Hollywood classic “The Graduate.” So perhaps it is sensible that this Grammy-hosted tribute to Simon took place in Los Angeles, despite Simon’s associations with Recent York. Filmed in April on the Hollywood Pantages Theater, the concert includes performances of Simon’s songs by a multigenerational (and multigenre) group of artists, amongst them Brandi Carlile, Rhiannon Giddens, Angélique Kidjo, Dave Matthews and Irma Thomas.

THE LION IN WINTER (1968) 5:30 p.m. on TCM. Ahh, Christmas 1183 at King Henry II’s chateau, where holiday cheer is overtaken by familial scheming. (If this feels like your personal end-of-year gathering, consider that this one includes actual jousting.) At issue is who will take over the throne of the aging king (Peter O’Toole). Will or not it’s Prince John (Nigel Terry)? Prince Richard (Anthony Hopkins)? In the long run, the true winner is definitely Katharine Hepburn, who won an Oscar for her performance as Eleanor of Aquitaine, the king’s wife.

THE 24TH ANNUAL A HOME FOR THE HOLIDAYS AT THE GROVE 8 p.m. on CBS. Gloria Estefan is the host of this profit program, which tells positive stories of adoption from foster care. It also brings out musical performances, with this yr’s lineup including Andy Grammer, Mickey Guyton, David Foster and Kat McPhee, and Little Big Town.

CHRISTMAS EVE PROGRAMMING on various networks. Even amongst those that have a good time, Christmas after all means various things to different people. And nowhere is that this more apparent than on TV this Saturday, when you’ll be able to catch the stoner comedy A VERY HAROLD & KUMAR CHRISTMAS (2011), at 8 p.m. and 10 p.m. on IFC; then flip over to see Pope Francis lead CHRISTMAS EVE MASS from the Vatican, which begins at 11:29 p.m. on NBC.

ZIWE 11 p.m. on Showtime. Ziwe Fumudoh will wrap up the second season of her sharp variety show on Sunday by bringing on Wayne Brady, with whom she discusses the commercialization of Juneteenth, and a number of other other guests, including the actress Laura Benanti and the comic Larry Owens.