What’s on TV This Week: ‘The Walking Dead’ and the Latin Grammy Awards 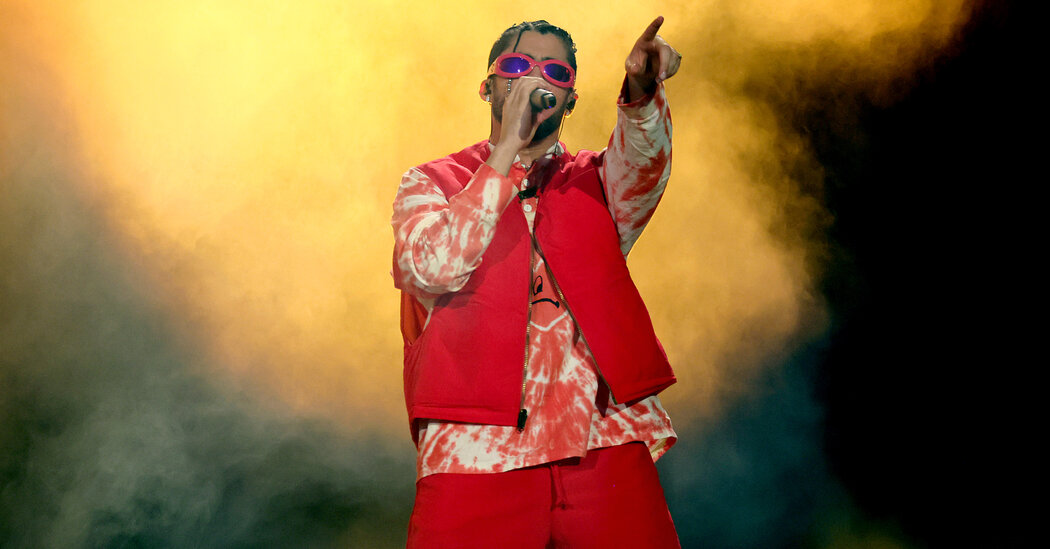 Between network, cable and streaming, the trendy television landscape is an enormous one. Listed below are a few of the shows, specials and films coming to TV this week, Nov. 14-20. Details and times are subject to vary.

TAKEN HOSTAGE (2022) 9 p.m. on PBS (check local listings). In 1979, 52 Americans were taken hostage on the U.S. Embassy in Tehran. This documentary explores how the USA had meddled with Iranian affairs within the many years prior, setting the stage for the Iran hostage crisis. The film includes interviews with Barry Rosen, a hostage; two journalists who covered the crisis; and Gary Sick, a member of the National Security Council under former President Jimmy Carter. This four-hour documentary is split into two parts. Part two airs on PBS on Tuesday night.

EASY A (2010) 7:30 p.m. on E! Emma Stone plays Olive Penderghast, a defiant and carefree 17-year-old, on this highschool comedy. When Olive’s unbearably nosy best friend Rhiannon (Aly Michalka) asks about her boring weekend, she decides to lie and say that she slept with a school student. Marianne (Amanda Bynes), a devout Christian girl, overhears the lie, and suddenly the entire school finds out. But slightly than feeling ashamed or embarrassed, Olive assumes the role of the promiscuous girl and helps socially ostracized boys increase their popularity. “‘Easy A’ commands attention for the irresistible presence of Emma Stone, playing girl who pretends to be bad,” Stephen Holden wrote in a review for The Recent York Times.

MASTER OF LIGHT (2022) 8:30 p.m. on HBO. This documentary tells the story of George Anthony Morton, a classical painter who spent 10 years in prison for dealing drugs. Upon his release, he has worked on his craft, while navigating his way through the white-dominated art world. The film recounts his return to his hometown, Kansas City, where he paints his relations within the kind of Dutch old masters and investigates the influences of African art on the realist tradition.

LATIN GRAMMY AWARDS 8 p.m. on Univision. Anitta, Luis Fonsi, Laura Pausini and Thalía will take the stage live in Las Vegas to host the twenty third Annual Latin Grammy Awards. Bad Bunny dominates the nominations with 10 nods, with Rosalía and the Puerto Rican singer Rauw Alejandro following with eight. The evening will feature performances from Alejandro and the Colombian singer Sebastián Yatra, amongst others.

PICKLED 9 p.m. on CBS. Pickleball, the highly controversial sport that has been expanding as of late, has made its way into national broadcast television. Tune into this celebrity pickleball tournament, hosted by Stephen Colbert, where 16 celebrities, including Kelly Rowland and Murray Bartlett and Emma Watson and Sugar Ray Leonard, compete in two teams to learn the nonprofit Comic Relief U.S. (Team names? Dink Floyd and the Volley Ranchers.)

ALASKA DAILY 10 p.m. on ABC. Catch the autumn season finale of this newspaper drama created by Tom McCarthy, the director and co-writer of “Highlight,” an Academy Award best picture winner and among the finest modern-day movies about journalism. Hilary Swank stars as Eileen Fitzgerald, a recently disgraced reporter who leaves behind her life in Recent York to begin fresh at a newspaper in Alaska. There, she works on a story about missing Indigenous women along with her co-worker Roz (Grace Dove).

BAD BOYS FOR LIFE (2020) 8 p.m. on FX. Within the third film of the “Bad Boys” franchise, Detective Marcus Burnett (Martin Lawrence) tell his partner Mike Lowrey (Will Smith) that he plans on retiring in order that he could spend more time together with his family. But during a celebration celebrating the birth of Marcus’s latest grandson, Mike gets shot, and the detectives team up for one last mission to trace down the assassin. “As for the motion, the administrators Adil El Arbi and Bilall Fallah blow things up real good, and achieve this in ways which might be more often buoyant than grisly,” Glenn Kenny wrote in his review for The Times.

THE BOYS IN THE BAND (1970) 8 p.m. on TCM. On this film, Michael (Kenneth Nelson), a author living in Recent York, hosts a party for his friend Harold (Leonard Frey). Alan (Peter White), Michael’s former college roommate, makes and unexpected visit and is surprised to seek out that each one the opposite guests on the party are gay. Michael tries to cover his sexuality from Alan, but Alan forces it out of him by making everyone take part in a celebration game, leading to an evening of soul-searching. A 2020 adaptation of the film had a solid that consisted entirely of openly-gay actors, including Jim Parsons and Zachary Quinto.

THE HAIR TALES 9 p.m. on OWN Tracee Ellis Ross sits down with Oprah Winfrey, Issa Rae and Ayanna Pressley, amongst others, on this docu-series about Black women and their identity by means of their hair. The series includes discussions about styling techniques and the way they reflect social change. The ultimate episode of this six-part series features the singer Chloe Bailey.

THE WALKING DEAD 9 p.m. on AMC. The long-lasting zombie apocalypse series is coming to an end in the ultimate episode of season 11. Although the show’s viewership and hype has declined significantly, the show’s impact is undeniable. Catch Daryl (Norman Reedus), Carol (Melissa McBride), Maggie (Lauren Cohan) and the remainder of the remaining characters within the series finale.