‘Where the Crawdads Sing’ Review: A Wild Heroine, a Soothing Tale 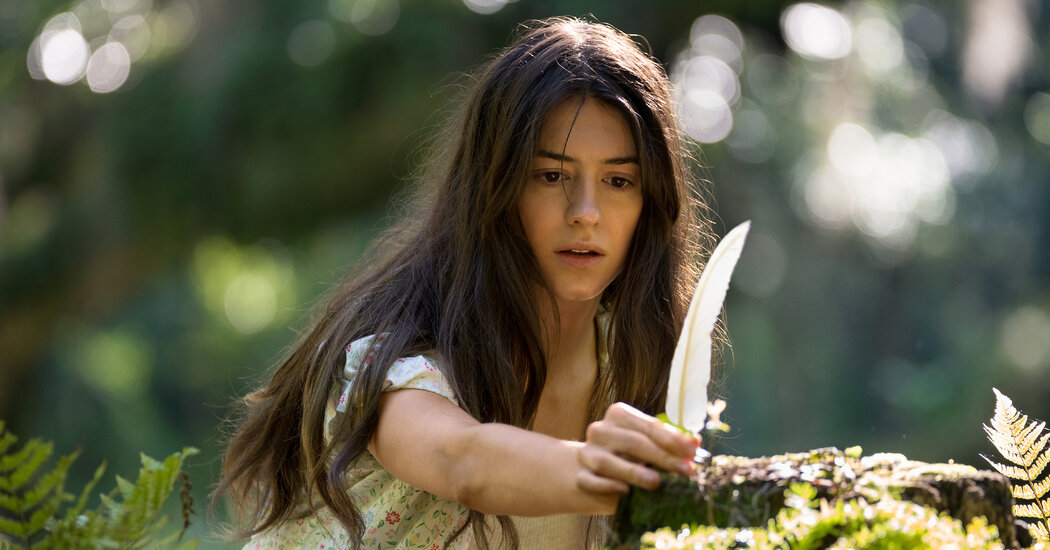 “Where the Crawdads Sing,” Delia Owens’s first novel, is one in every of the best-selling fiction books in recent times, and if nothing else the brand new movie version can show you how to understand why.

Streamlining Owens’s elaborate narrative while remaining faithful to its tone and themes, the director, Olivia Newman, and the screenwriter, Lucy Alibar (“Beasts of the Southern Wild”), weave a courtroom drama around a romance that can be a hymn to individual resilience and the wonder of the natural world. Though it celebrates a wild, independent heroine, the film — just like the book — is as decorous and soothing as a country-club luncheon.

Set in coastal North Carolina (though filmed in Louisiana), “Where the Crawdads Sing” spends numerous time within the vast, sun-dappled wetlands its heroine calls home. The disapproving residents of the nearby hamlet of Barkley Cove discuss with her as “the marsh girl.” In court, she’s addressed as Catherine Danielle Clark. We all know her as Kya.

Played in childhood by Jojo Regina after which by Daisy Edgar-Jones (known for her role in “Normal People”), Kya is an irresistible if not quite coherent assemblage of familiar literary tropes and traits. Abused and abandoned, she is just like the orphan princess in a fairy-tale, stoic within the face of adversity and expert within the ways of survival. She is sensible and exquisite, tough and innocent, a natural-born artist and an intuitive naturalist, a scapegoat and something near a superhero.

That’s rather a lot. Edgar-Jones has the great sense — or perhaps the brazen audacity — to play Kya as a reasonably normal one who finds herself in circumstances that it will be an understatement to explain as improbable. Kya lives most of her life outside of human society, amid the wildlife of the marsh, and sometimes she resembles the feral creature the townspeople imagine her to be. Mostly, though, she looks like a skeptical, practical-minded young woman who desires to be left alone, except when she doesn’t.

Kya attracts the eye of two young men. One, a dreamy, blue-eyed fisherman’s son named Tate (Taylor John Smith), who shares her love of shells, feathers and the creatures related to them. Companions in childhood, they turn out to be sweethearts as teenagers, until Tate goes off to varsity, and Kya gets mixed up with Chase (Harris Dickinson), a handsome cad whose dead body is eventually found at the underside of a fireplace tower deep within the marshlands.

Eventually but in addition right in the beginning. The movie begins with Chase’s death, in October, 1969. Kya is charged with murder, and her trial alternates with the story of her life up until that time. Her mother (Ahna O’Reilly) and siblings flee the violence of an abusive, alcoholic father (Garret Dillahunt), who eventually takes off too, leaving Kya on her own in possession of a metal motorboat, a fixer-upper with a screened-in porch and a curious and artistic spirit.

“Where the Crawdads Sing” takes place within the ’50s and ’60s, which on the evidence of the film were uneventful many years in America, especially the American South. Kya’s hermit-like existence — she attends school for sooner or later, doesn’t learn to read until Tate teaches her and has no radio or television — feels a bit like an alibi for the film’s detachment from history. The local store where she sells mussels and gases up her boat is run by a Black couple, Jumpin’ (Sterling Macer Jr.) and Mabel (Michael Hyatt), who nurture and protect her and appear to don’t have any problems (or children) of their very own.

Kya’s outsider status — bolstered by the presence of David Strathairn as her Atticus Finch-like defense attorney — gives the movie a notion of social concern. Equally faint is the hint of Southern Gothic that sometimes perfumes the swampy air. But for a story about sex, murder, family secrets and sophistication resentments, the temperature is very mild, as if a Tennessee Williams play had been sent to Nicholas Sparks for a rewrite.