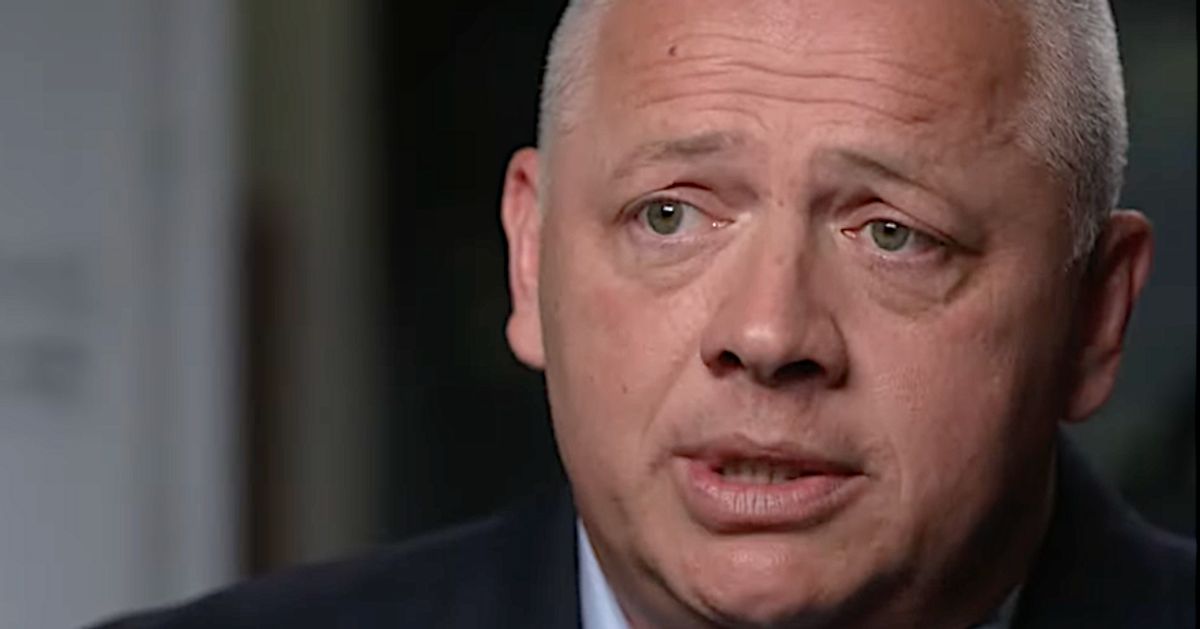 The White House patched through a phone call to a rioter in the course of the Jan. 6, 2021, violence on the U.S. Capitol, a tech adviser chillingly revealed in an excerpt released Friday from an upcoming “60 Minutes” interview.

“You get an actual ‘a-ha’ moment while you see that the White House switchboard had connected to a rioter’s phone while it’s happening,” Denver Riggleman, former senior technical adviser for the Jan. 6 House select committee, told CBS host Bill Whitaker.

Riggleman, an ex-military intelligence officer and former GOP congressman from Virginia, said he made the invention after assembling a team of analysts to pour over 20 million lines of information, including emails, social media posts, phone records and texts, to trace the connections leading as much as and on Jan. 6.

Groups that popped up included the “Trump team, Trump family, rally-goers, unaffiliated defendants” charged by the Department of Justice, “Proud Boys, Oath Keepers and others,” including “state legislators, alternate electors, things like that,” Riggleman added.

“We were in a position to do things, I feel, in a way that had never been done before with thousands and thousands of lines of information and to really create a graph that shows how these groups actually intermingled,” he explained.

As for the communication via the White House switchboard, “I only know one end of that decision,” said Riggleman, who didn’t provide details. “I don’t know the White House end, which I think is more necessary. However the thing is the American people must know that there are … connections that should be explored more.”

The knowledge raises the ominous possibility that the storming of the Capitol last yr to disrupt certification of the presidential electoral vote might have been coordinated between someone within the White House and the rioters.

“From my perspective … being in counterterrorism, if the White House, even when it’s a brief call and it’s a connected call, who is definitely making that phone call?” Riggleman asked.

“Was it an accidental call?” Riggleman asked. “When the White House just happened to call numbers, that someone misdialed a rioter that day, on Jan. 6? Probably not.”

Riggleman, who stopped working for the committee in April, said he aggressively pushed the panel to trace White House phone numbers.

A committee spokesperson told “60 Minutes” that the panel has vigorously pursued various leads, including those arising from Riggleman’s work.

The representative said that Riggleman was unaware of much of the recent progress the committee had made because he left “prior to our hearings and far of our most vital investigative work.”

Since his departure, the committee “has run down all of the leads and digested and analyzed all the data that arose from his work … and an intensive report can be published by the top of the yr,” the spokesperson added, without offering details.

The complete Riggleman interview can be presented on “60 Minutes” on Sunday night.