With Different Singers, One Opera Classic Can Seem Like Two 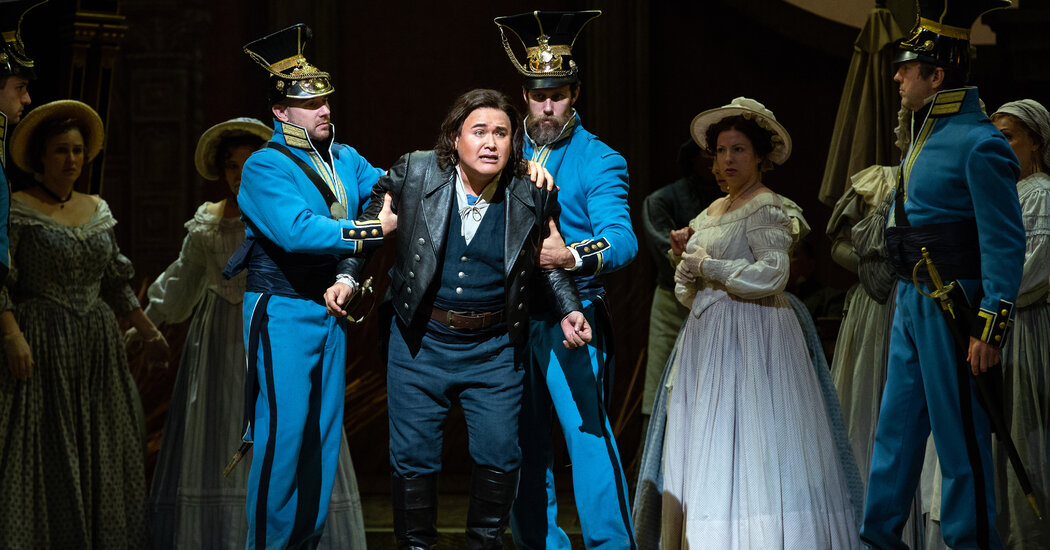 As the primary act of Verdi’s “La Traviata” ends, Violetta, a high-end prostitute, is suffering the symptoms of tuberculosis. A well-to-do young man’s declaration of affection shakes her seen-it-all cynicism; should she put an end to her life of enjoyment and accept him?

Screw it, she decides: As champagne fizzes of coloratura rise and rise, she declares that she is “eternally free” and brings the curtain down in defiance.

On the Metropolitan Opera in November, the soprano Nadine Sierra sang that moment with luxuriant ease and confidence, a lady certain that she still had on a regular basis on the earth. On Sunday on the Met, though, Ermonela Jaho — her tone far less plush than Sierra’s and the aria less easy for her — made it a sort of mad scene. Violetta’s fragility, her sleep-when-I’m-dead mania, were scarily center stage.

Same words, same notes, a completely different effect: That is top-of-the-line parts of my job. Along with attending first nights on the Met with other critics — as on Tuesday, when a pleasant revival of “L’Elisir d’Amore” opened with the ability to make you giggle one minute and choke up the following — I spent the previous couple of weeks returning to 4 classic titles in the midst of their runs to see them with latest rotations of singers.

Especially in the usual repertory, the Met often cycles through multiple casts in a single season — after which does it again, yr after yr, Violetta after Violetta after Violetta. Ticket sales on this not-quite-post-pandemic period have blinked red lights at this practice. Houses are full for brand new productions, even of latest works. But revivals, less obviously newsworthy and fewer widely promoted, aren’t any longer certain draws.

Which is something to mourn. Being a lover of the performing arts is in regards to the thirst for the brand new play and concerto. But it surely’s also about relishing the Hamlet of cool distance next to the one in all slovenly aggression; about how Beethoven’s Fifth Symphony could be noble or ferocious within the hands of various orchestras and conductors; about how each latest soprano increases our sense of what is feasible in a piece, and suggests how capacious we’re, too.

Not that each contrast is kind of as extreme as within the Met’s “Traviata” this season. In November I had been impressed by Sierra, who in her mid-30s is coming into her own vocally. But, as in her sumptuously sung “Lucia di Lammermoor” last yr, she has not yet solved one in all opera’s fundamental challenges: making wealthy, ample tone convey desperation, illness and frailty.

Desperation, illness and frailty occur to be Ermonela Jaho’s stock in trade. We frequently hear about opera singers being larger than life onstage; Jaho manages to be smaller, to present the sense of death incarnate, a walking, singing corpse.

About 15 years Sierra’s senior, she has a slender, meticulous sound that she doesn’t push to be larger than it’s. Her “Ah, fors’è lui” and “Dite alla giovine” were murmured reveries, ghosts of tone; you bought the feeling of 1000’s of individuals within the audience leaning in to overhear private musings. I can’t remember experiencing such prolonged passages of extremely soft yet palpable singing within the Met’s huge theater, which artists often think they should scream to fill.

Jaho could be shamelessly old-school; this was probably essentially the most coughing I’d ever heard from a Violetta, and her “Addio, del passato” in the ultimate act milked every wide-eyed tremble and gasp for air. She didn’t summon the fullness of voice that a super Violetta requires, not less than at certain moments. But Jaho unsettlingly lives this unsettling opera, providing a sensitive, unique vision of a classic.

The tenor Ismael Jordi, making his Met debut as Alfredo this season, was on Sunday a gawky greater than dashing presence, who spread mellow legato lines like schmears of cream cheese. The baritone Amartuvshin Enkhbat can be making an organization debut — this one moderately more impressive — as Alfredo’s father, the elder Germont, along with his burnished-mahogany “Di Provenza il mar” providing essentially the most deeply satisfying singing of anyone onstage.

In one other Verdi work, “Rigoletto,” the shift of personnel marked a less dramatic change but resulted in a keen performance. On Dec. 17, the soprano Lisette Oropesa sang Gilda with a tone a couple of shades brighter and more finely vibrating than the softer-grain Rosa Feola had earlier in the autumn.

The baritone Luca Salsi, within the title role, sounded firmer and fewer haunted than had Quinn Kelsey, along with his echoey, indelibly wounded voice. The tenor Stephen Costello sang with blithe, poised arrogance — and his characteristic physical stiffness, his stock gestures, one way or the other worked. He became something of an automaton of power.

When “Aida” — yet more Verdi — opened at first of December, it was one in all the season’s shakier efforts, with Latonia Moore struggling within the title role. Michelle Bradley had all the time been scheduled to tackle the part in the brand new yr, but her entrance was accelerated when Moore dropped out after the primary performance.

I returned on Dec. 27, and located Bradley in nice form: a demure, even reticent Aida. The tenor Brian Jagde was more nuanced, if also less regular, than he had been in his unrelenting first performance a couple of weeks earlier.

The mezzo-soprano Olesya Petrova, who stayed on within the run when Anita Rachvelishvili, who was imagined to replace her, canceled after a single evening, also seemed more settled in. Probably the most salutary change was Kelsey, who turned from Rigoletto to Amonasro, and who gave his trademark smoky tone and aura of threat to a task that, earlier within the month, George Gagnidze had rendered merely tight and querulous.

Within the machine that’s the Met’s abridged holiday presentation of Mozart’s “The Magic Flute,” the baritone Benjamin Taylor, the second-cast Papageno, was the highlight on Dec. 28, his voice compact yet resonant, his charisma easygoing without being cloying. But for charm, even he couldn’t beat this “L’Elisir d’Amore.”

Donizetti’s comedy is one in all my favorite operas, but it could possibly easily go awry. While laugh-out-loud funny, it is just not a farce. Bartlett Sher’s quaint production interpolates a bit an excessive amount of physical violence, presumably to lift the emotional stakes, but understands that the piece is at heart a small, sweet romance, drawing each smiles and tears.

Thankfully, a solid led by the tenor Javier Camarena and the soprano Golda Schultz, and the spirited conductor Michele Gamba, in his Met debut, trust “Elisir” to succeed in the corners of the vast Met without overstatement or caricature.

Camarena, as all the time, emanates sincerity and modesty; his Nemorino is a straightforward guy, but not a buffoon. After the slightest little bit of burr to his top notes early on, they were pure and ringing by the top, and his “Una furtiva lagrima” began conversationally before breaking into golden rhapsody.

Schultz’s tone had the gentle, silky glow of moonlight, but with a glisten that penetrated, and she or he gave a way of each Adina’s independence and her vulnerability. The baritone Davide Luciano was suave because the conceited army sergeant Belcore; because the quack doctor Dulcamara, who provides the low-cost wine that Nemorino takes as a love potion, the baritone Ambrogio Maestri was robust without being over-the-top.

This was as lovely as opera gets. And it’s not over yet. After five more performances with this solid through January, “Elisir” comes back in April with Aleksandra Kurzak; the newcomers Xabier Anduaga and Jonah Hoskins; Joshua Hopkins; and Alex Esposito.

Before that, in March, the soprano Angel Blue will star when “La Traviata” returns yet again. What is going to she add to Sierra’s and Jaho’s angles on the doomed, desperate Violetta? I do know I’ll be there within the audience, ready to seek out yet more facets in these diamonds of the repertory.