Within the Documentaries of the Blackwood Brothers, Great Artists Are Explored 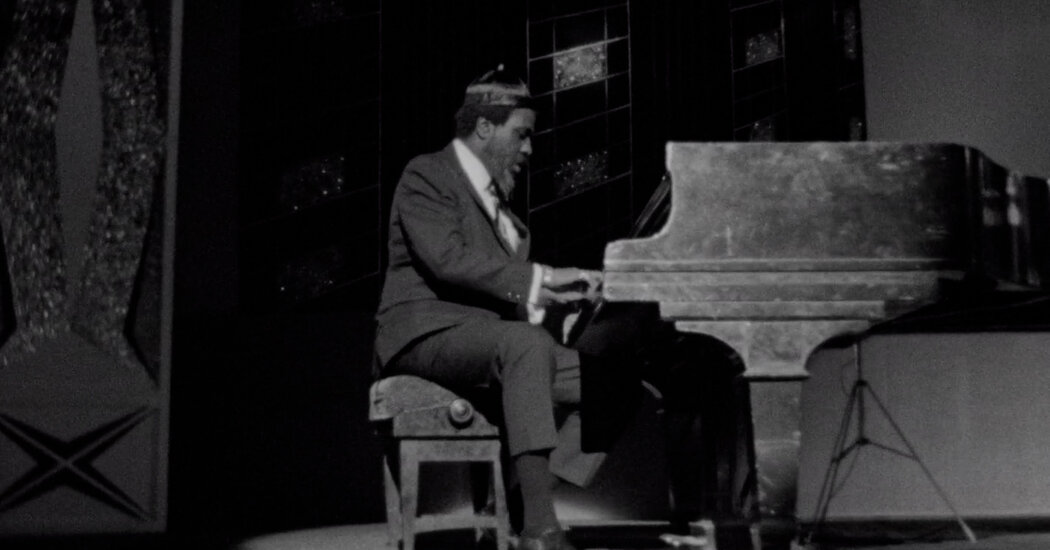 The collected documentaries of Michael and Christian Blackwood offer an prolonged studio visit with a number of the twentieth century’s leading artists. Listed here are artists at work and in conversation, with a minimum of frills: painters painting, sculptors sculpting and the jazz genius Thelonious Monk blazing away on the piano (and later telling a band member to drop in “any note you wish”). For those who’ve seen one too many art and music documentaries that resemble Wikipedia entries, then these back-to-basics movies shall be a real tonic, grounded within the nitty-gritty of art-making.

Born in Berlin before World War II and later safely settled in the US, the Blackwood brothers began making their movies within the Nineteen Sixties at the peak of a revolution in nonfiction storytelling. Over time, their mid-length movies didn’t garner the high profile of direct cinema pioneers like Robert Drew (“Primary”) or D.A. Pennebaker (“Don’t Look Back”). However the Blackwoods’ art-friendly version of you-are-there filmmaking has a rarely rivaled scope of subjects, and a free sampling is now streaming online through Pioneer Works, the Brooklyn cultural center.

“Monk”/”Monk in Europe” (1968) surely has one in all the best opening shots in documentary: the jazz titan dancing in place in his inimitable style, spinning in the dead of night. From there the Blackwoods’ chronicle is off and running, leaning in to indicate Monk’s hands gliding across the piano in several lengthy performance excerpts, or hanging out backstage with him and a supporter (Pannonica de Koenigswarter, the Rothschild heir). The Blackwoods — Christian shooting, Michael directing and producing — skillfully set their documentary to Monk time, relatively than cutting up his flow into bite-size pieces. He plays — he’s hustled to a different gig across Europe — he chills — he waves away a producer’s request to record “something free-form,” preferring to play something easier “so people can dig it.”

The revealing offhand exchange is a signature moment of spontaneity for this sort of documentary, and the Blackwoods are also strong when letting an artist pontificate at length. “Robert Motherwell: Summer of 1971” (1972) belongs to a subset of movies in regards to the Latest York School, and it’s a captivating time capsule that’s part self-administered close reading, part art history lesson. The stately Robert Motherwell dabs one other brush stroke on his latest elegy to the Spanish Republic, then reflects on how this recurring theme is sort of a lifelong relationship with a lover. We tag along for a visit to a genteel gallery opening in St. Gallen, Switzerland, but what sticks within the mind is Motherwell’s self-aware observations in regards to the simultaneity of art movements. Picasso, Arp, Matisse and Degas were all alive and (mostly) kicking within the 1910s — the type of insight that lights up other intersections all across history.

“Christo: Wrapped Coast” (1969) might feel like a throwback with its voice-of-God narration: “Once Christo had decided to wrap a part of a continental coastline …” But this 30-minute film of Christo’s project in Little Bay, a suburb of Sydney, Australia, yields shifting perspectives on the billowing fabric as staff drape it across crags on the shore. The white wrapping looks delicate, treacherous, glorious, and foolhardy; when gales cut all of it to ribbons, art turns immediately into ruins. Christo has no shortage of chroniclers, however the film aptly shows off the Blackwoods’ mission of documentation. One in every of their favorite camera moves — in “Philip Guston: A Life Lived” (1981), for instance — is an eager pan around a studio or gallery, as if to take all of it in for posterity.

Michael and Christian Blackwood began to work independently within the Nineteen Eighties, but neither stinted on curiosity. “The Sensual Nature of Sound (1993),” covering the composers Laurie Anderson, Tania León, Meredith Monk and Pauline Oliveros, intersperses sit-down interviews with performances and rehearsals in a comparatively routine way, but the intense vitality of the musicians is anything but. Their work rewires the brain, from Monk’s operatic, spoken-sung production of “Atlas” to the majestic Oliveros’s ethos of deep listening.

A few times while watching these documentaries, the recent “Get Back” film on the Beatles’ recording sessions got here to mind, due to its exhaustive attention to process. But that project’s thrill lies in seeing the very first fragments of pop songs which have played tens of millions of times. The Blackwoods just as often take us deep into the abstract and the unknown. Listening to artists articulate their intentions and hazard guesses about reality opens up fresh conversations and musings for a viewer.

The French artist Jean Dubuffet may need the perfect last word here. In “The Artist’s Studio: Jean Dubuffet” (2010), he responds to Michael Blackwood’s prompt by explaining that “culture is creation done” (that’s, something already accomplished) and “art is creation in process.” It’s an intriguing and arguable distinction, however the sweeping terms neatly apply to the Blackwoods’ watchful art documentaries: they’re about art and culture, and enjoyment of each.