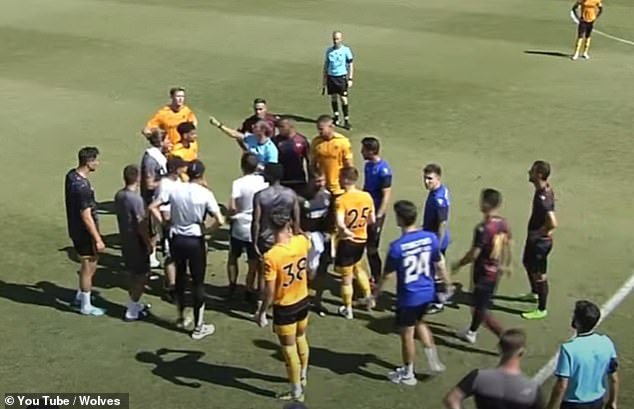 Wolves’ pre-season ‘friendly’ with Levante descends into CHAOS in Alicante, with FOUR players sent off in the primary half and stoppages for brutal tackles and brawls – before each teams start the second half with 11 players!

Wolves saw their behind-closed-doors friendly with Spanish side Levante descend into farce when 4 players were sent off in the primary half… just for each side to play with 11-a-side within the second.

It was an early 10am start for each side at their pre-season camp in Benidorm but no person was easing into this one with wild challenges flying in.

The tone was set by the referee when Wolves got an early indirect free-kick on the goal-line after Levante were penalised for a deliberate pass back to the goalkeeper.

Things took a chaotic and drastic turn just after the half-hour mark, though, when a wild challenge wide on the suitable led to a furious 22-man melee, with some coaches even running onto the pitch to calm players down. 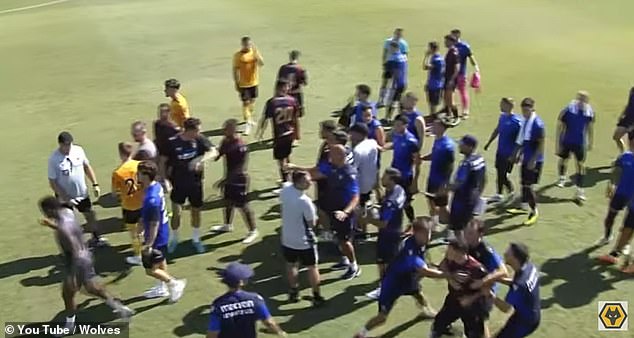 There have been two occasions in the primary half when a 22-man brawl, plus coaches, got involved 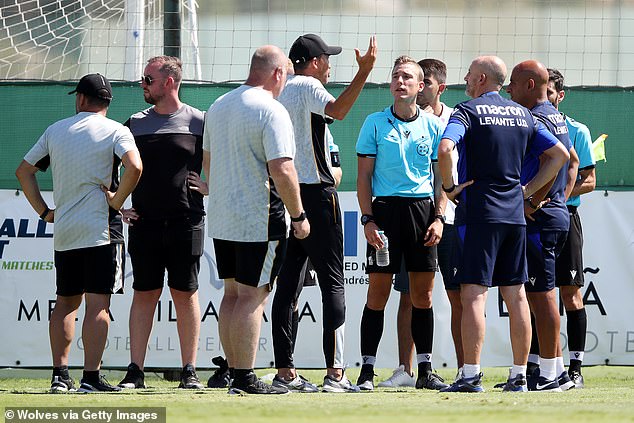 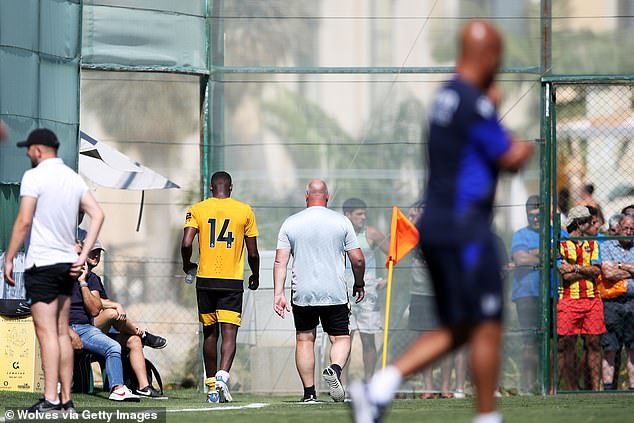 Roger Martí Salvador had given Levante the lead with a controlled finish but the primary half would go on to be defined by the melee that followed a rash challenge.

Team-mates tried to tug Mosquera away as Levante players rallied together to get back to him, furious at some type of infraction that was unclear via Wolves’ live stream of the match.

The referee remained patient, standing on the outskirts of the melee with a red card in his hand, before he sent Mosquera for Wolves and Enis Bardhi for Levante off.

However the drama was not to finish there on this most chaotic of encounters.

Next up, moments before the half-time break Wolves’ Daniel Podence took issue with a close-by defender and one other shoving match followed. 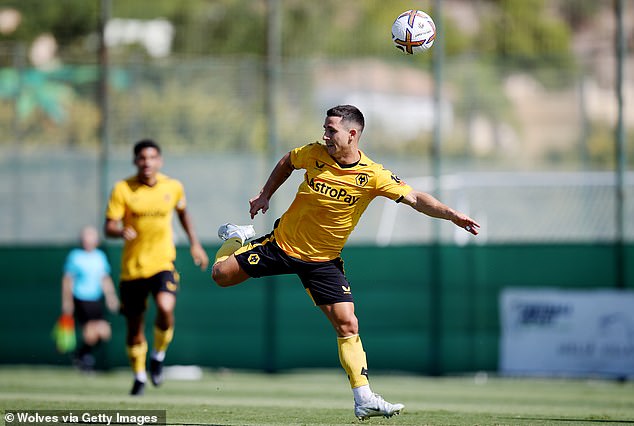 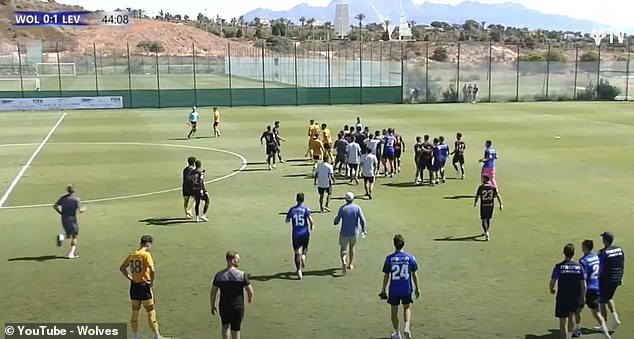 Players from each side quickly sprinted towards the most recent bust-up in a bid to diffuse and forestall the ‘friendly’ game from being abandoned.

The referee was quick to indicate an extra two red cards, one to either side, leaving the match as nine vs nine just before the interval.

Threats of abandonment were brushed off but each teams were told in no uncertain terms that any further bust-ups and the match can be off.

In a curious move, the 2 teams were restored to their full complement for the second half, each shuffling their sides for 11 v 11 over again.

Levante managed to be the side taking the sport to Wolves they usually were rewarded with a second goal when Giorgi Kochorashvili finished into the underside corner.

The match didn’t even run for 90 minutes, with the referee blowing the ultimate whistle within the 87th minute, little question keen to bring an end to the madness that had gone on. 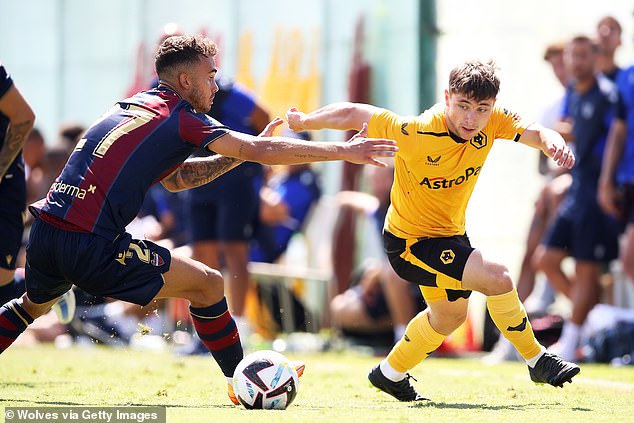 The attention-catching match didn’t even run for 90 minutes, with the referee ending it after 87