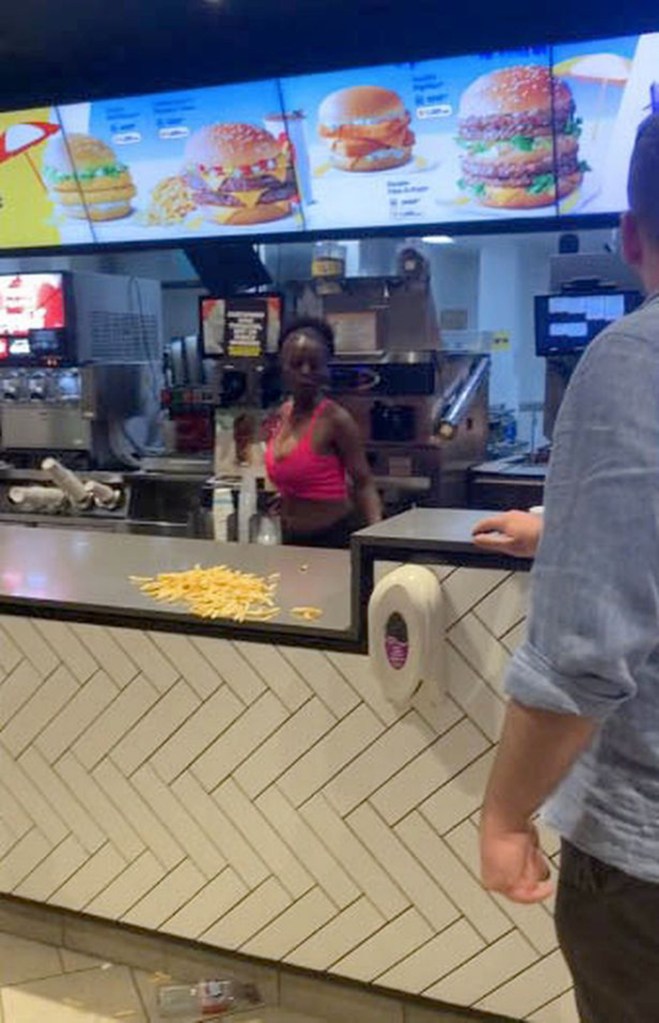 This McDonald’s meal got here with additional charges.

A woman has been arrested after she was seen in a viral TikTok video screaming at McDonald’s staff before jumping the counter and making herself a burger.

The 19-year-old — who has not been publicly named and shamed — was subsequently charged with disorderly behavior, property damage and assault over the incident, which occurred in Adelaide, Australia, last week.

The reason for the crop top-clad customer’s outburst was unclear, however the TikTok clip showed her hurling abuse at stunned employees.

“I’ll beat you up or I’ll leave!” the unruly patron might be seen shouting within the video, which has clocked greater than 75,000 views.

The girl then wanders into the back kitchen, where she nonsensically screams at more staff before making herself a burger.

She later helps herself to a bottle of water from inside a refrigerator before eventually being detained by two cops.

The reason for the crop top-clad customer’s outburst was unclear, however the TikTok clip showed her hurling abuse at stunned employees after jumping the counter. TikTok/@_bae_angle_

Police allege the perpetrator hurled the water bottle at a patron — resulting in the assault charge.

TikTok viewers were left stunned by her brazen antics, with one writing: “It’s really sad people should go to work and take care of these items.”

“People have to pay for his or her actions,” one other wrote, saying they hope the client faces the total force of the law. 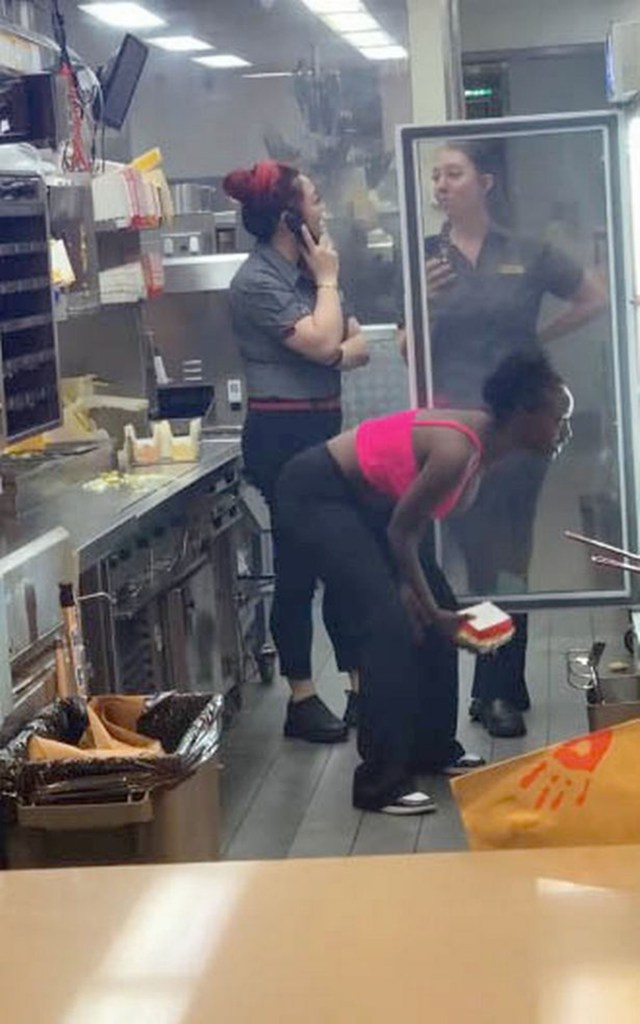 Brazen: The shameless woman helped herself to a bottle of water from the refrigerator as one among the staff called the cops. TikTok/@_bae_angle_ 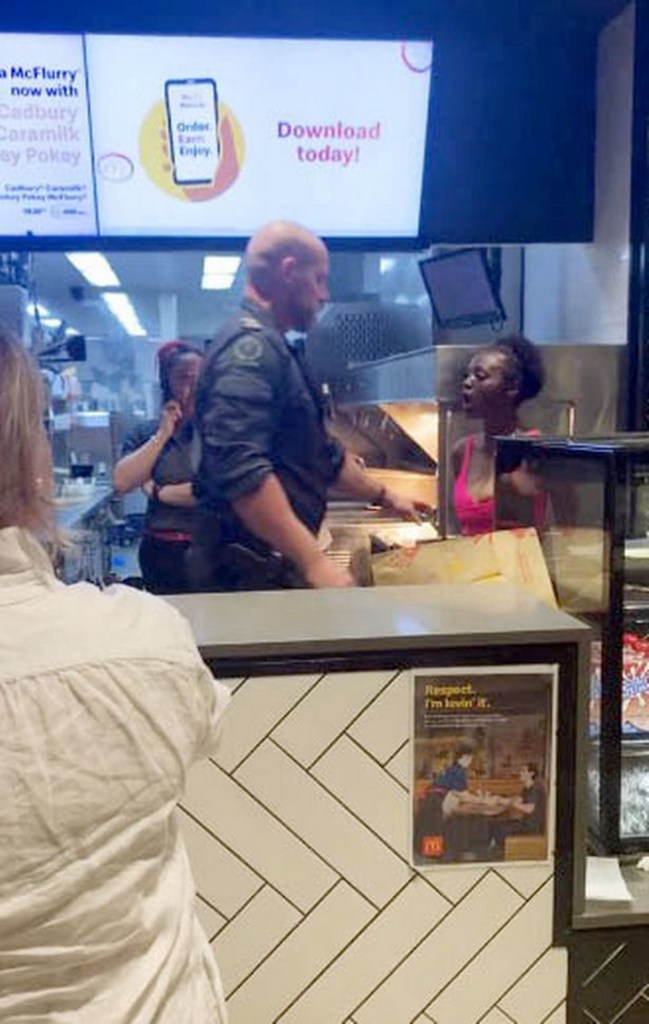 Whoops! The 19-year-old was arrested and charged with disorderly conduct, property damage and assault.TikTok/@_bae_angle_

But while the girl’s antics can have stunned TikTok, it’s not the one fast food franchise incident to incite headlines in recent months.

Meanwhile, a video going viral on Twitter this week shows several women brawling with employees at a Waffle House in Austin, Texas, after they became angered by slow service.

Back in August, an worker at a Brooklyn McDonald’s was shot and killed by a customer who reportedly complained about cold fries.