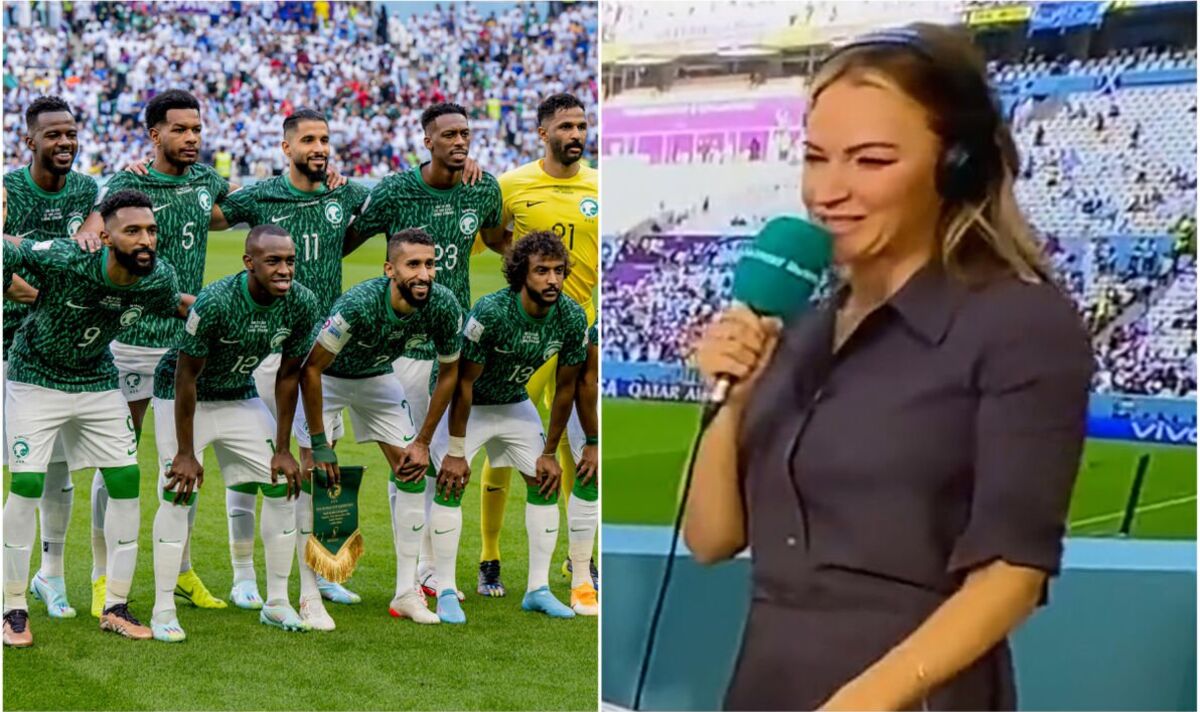 ITV host Laura Woods has explained the disruption to Saudi Arabia’s national anthem before their World Cup clash with Argentina on Tuesday. The printed was temporarily interrupted before kick off, with much of the anthem missed by supporters watching from home.

Argentina and Saudi Arabia lined up on the colossal Lusail Stadium before getting their respective World Cup bids underway. The Albiceleste went into the tournament among the many favourites while the Saudis were expected to have a tricky time making out of the group.

With nerves constructing, Argentina’s national anthem went with no hitch but much of Saudi Arabia’s was missed by ITV as the image cut out completely, displaying an error message on-screen. At half-time, Woods explained that the difficulty was experienced by all broadcasters worldwide.

“You’ll have noticed as well, slightly little bit of break up throughout the Saudi Arabia national anthem,” she explained while survive ITV. “It was a world feed issue, experienced by all of the broadcasters world wide that were taking that feed.”

Not sleep thus far with all the massive headlines, pictures, evaluation, opinion and video on the stories that matter to you.

We’re also on Facebook @dailyexpresssport – offering your must-see news, features, videos and pictures throughout the day to love, comment and share from the Each day Express, Sunday Express and Express.co.uk.