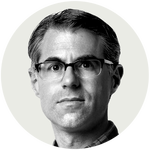 For eight straight days, the soccer smorgasbord that’s the World Cup has unspooled at regular intervals, each match staggered to bestow it maximum importance, a full 90 minutes of splendor — plus an eon of stoppage time — on the worldwide stage without intrusion from other games.

Even when upsets abounded, a certain tidiness to the proceedings still reigned: On most of those eight days, there have been 4 games, scheduled three hours apart, one after one other after one other. It was glorious, satisfying and, for those of us who crave order, moderately life-affirming.

Now, as of Tuesday, structure is on a transient hiatus. Dear reader, prepare for chaos.

Starting with the Group A games at 10 a.m. Eastern time, each of the eight clusters across the following 4 days will stage its final round of matches concurrently.

Croatia will kick off against Belgium on Wednesday at the identical time that Canada faces Morocco. After a break, Japan plays Spain in Group E, which is scheduled to begin at 2 p.m. Eastern, precisely when Costa Rica’s matchup with Germany begins.

The change in schedule creates the closest conditions to competitive balance and fair play, assuring that teams have no idea the result required to achieve the knockout stage before they take the sector. It discourages teams from improving pathways within the bracket by influencing results with such tactics as manipulating goal differential or not playing to win. It also inhibits match fixing.

The policy dates to a moment so embarrassing for international soccer — which has had one or two or nine — that it got here to merit a shorthand of sorts: the Disgrace of Gijón. Or, in Germany, Nichtangriffspakt von Gijón (the nonaggression pact of Gijón).

On the 1982 World Cup in Spain, heading into their final match in group play, West Germany and Austria realized that a victory for West Germany by one or two goals would enable each teams to progress — and thus eliminate upstart Algeria, which, after ending group play a day earlier, needed an Austria win or draw to maneuver on.

Within the eleventh minute, Horst Hrubesch scored for West Germany. Then, torpidity and languor and tedium and yawn. For the remainder of the match, George Vecsey wrote in The Latest York Times, “West Germany made more kicks backward than forward.” The arrangement secured each teams’ passage.

In his book concerning the rise of African soccer, “Feet of the Chameleon,” Ian Hawkey wrote that Algeria fans waved bank notes on the players, and that German television called it “probably the most shameful day within the history of our Football Federation.”

Algeria complained to FIFA, but no punishment can be levied. As a substitute, FIFA responded by amending its rules: Starting with the 1986 World Cup, all final matches in a bunch can be held concurrently. So, now they’re.

Benefit from the mayhem. Embrace the absurdity.