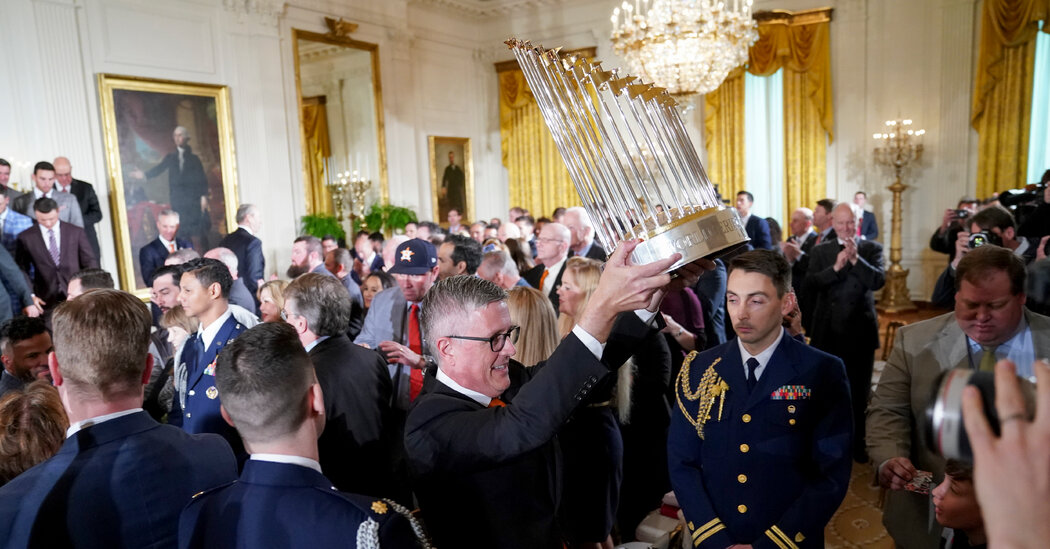 Luhnow’s successor, James Click, keeps a lower profile; he declined an interview request after the Astros’ no-hitter in Game 4, saying that he doesn’t talk after games because he doesn’t play. But Luhnow praised Click for keeping a great thing going.

“The day he took over the team, that was his team,” Luhnow said. “And he could have very easily done what a number of general managers do and trade away the blokes that aren’t yours, and produce in guys which you can say, ‘OK, these are my guys, that is my team.’ He didn’t do this. Why? Because he’s smart and he realizes that there was a number of talent on the team.”

Click — whose contract is expiring — presided over contract extensions for starter Justin Verlander, first baseman Yuli Gurriel and closer Ryan Pressly, and he has made essential in-season moves. Luhnow said he had enjoyed following from afar, but he conceded that nothing the team did now will change the minds of many fans in regards to the Astros’ legitimacy.

As for his own role, Luhnow has maintained a nuanced stance. He has never been shamed into saying he’s sorry for a transgression he insists he never made. A professional apology may never satisfy his critics, out and in of baseball, however it is authentic to an executive who has at all times followed his own path.

“Life’s not fair, and this wasn’t fair to me. But it surely is what it’s, and I’ve moved on. I’m very satisfied with what I’m doing straight away, and I’m very blissful to see the Astros having success.”