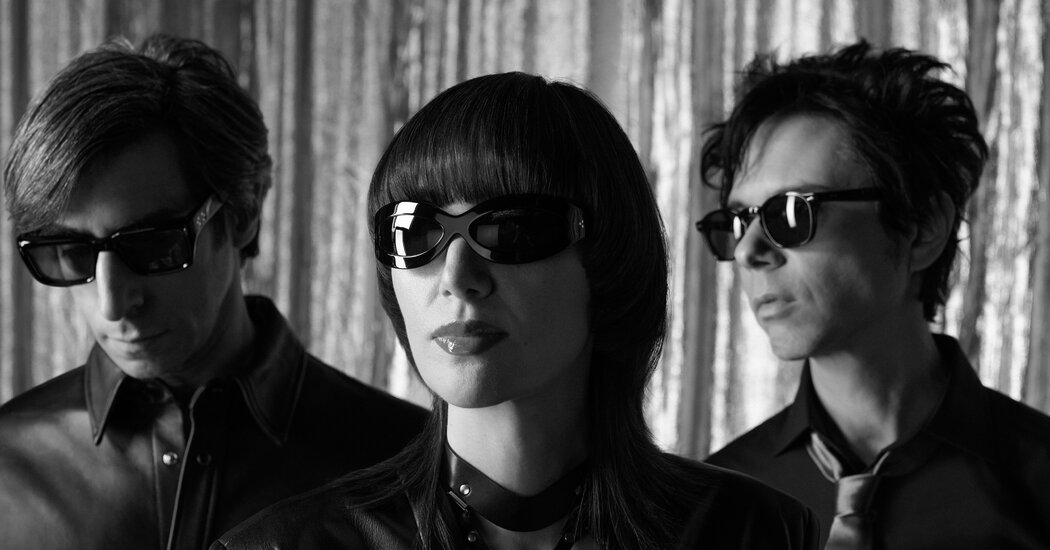 The primary latest Yeah Yeah Yeahs song in nine years isn’t a guitar blast. It’s a solemn, cavernous synthesizer march with late-arriving guitars and other, often elusive sounds flitting above a steadfast bass line. The lyrics hand off a damaged world to a next generation — “the youngsters” — who “never had no likelihood” but might save things anyway. JON PARELES

There’s been a fun, late-90s pop-rock vibe to the 2 songs the one-time Pharrell-mind-blower Maggie Rogers has released from her forthcoming second album, “Give up.” The wholehearted first single, “That’s Where I Am,” gave off some Natalie Imbruglia tones, however the intensity and crunchy guitar tones of “Want Want” are a little bit more in the important thing of Alanis Morissette. “I keep running away but once I leave you pull me in again,” Rogers sings on this tale of long-sublimated desire that finally finds an explosive expression in its chorus: “And I need you.” LINDSAY ZOLADZ

Denny Zeitlin with George Marsh and Mel Graves, ‘The Name of This Terrain’

A number of years after he burst onto the jazz scene, and almost a decade before he would record the soundtrack to a remake of “Invasion of the Body Snatchers,” the celebrated pianist Denny Zeitlin took his trio into the studio in 1969 to work on a surrealist sci-fi concept album of his own, “The Name of This Terrain.” Bridging the space-age pop of the preceding decade and the jazz-rock era to return, the demos they made showcased Zeitlin’s always-impressive compositions, the snug versatility of his core trio (featuring the bassist Mel Graves and the drummer George Marsh) and — surprisingly — the band members’ orotund baritones. On the long opening track, they sing in portentous harmonies over a slapping funk beat, before things dissolve into untamed Strangelove dissonance. Zeitlin and his producer, Bill Young, were unable to search out a label willing to back the project, and so they left it for dead. But a half-century later, after some copies of the demo found their way into used-record stores, Zeitlin finally re-listened to it. He rightly decided that the unique tapes were compelling enough to be released on their very own, and the album is out via Now-Again Records. GIOVANNI RUSSONELLO

MC Taylor writes songs, plays guitar and sings within the Americana band he leads, Hiss Golden Messenger. Revelators Sound System, his studio duo with the bassist Cameron Taylor, is something else entirely: an open-ended instrumental group. The ten-minute “Grieving” begins as snappy, prismatic funk, with saxophones and keyboards drifting in and piling on over an increasingly busy bass, but midway through, the beat falls away, leaving the opposite instruments to keen and echo right into a void. It’s the inverse of a typical jam; as an alternative of constructing, it dissolves. PARELES

Kamikaze Palm Tree, ‘Within the Sand’

A six-beat rhythm underlies dissonant guitar riffs, up-and-down keyboard lines, xylophone-like plinks and wordless vocals within the insistent, perpetual-motion “Within the Sand.” Kamikaze Palm Tree is a duo that likes to multitrack, and “Within the Sand” happily inhabits the intersection of clever, nagging and catchy. PARELES

Alexis Georgopoulos, the electronic musician who records as Arp, sets up a ping-ponging stereo mixture of synthesizers to start the instrumental “Eniko” before its contours emerge: a syncopated 4/4 beat, a hopping bass line, a plinky melody that’s answered by sliding synthesizer tones and programmed drum syncopations. For all of the sonic and spatial diversions, the track holds its shape. PARELES

“I’m doing this for revenge!” John Darnielle declares in his eternally urgent bleat, barnstorming into one other chorus like only he can. “Training Montage” is the opening battle cry from the Mountain Goats’ upcoming twentieth (twentieth!) album, “Bleed Out,” an prolonged tribute to motion movies. Within the hands of a less imaginative and excitable songwriter, this might wear thin, but Darnielle has already proven to be an uncommonly inspired devotee to the narrative concept album, as evinced by such disparately toned Mountain Goats albums as their 2009 biblical meditation “The Lifetime of the World to Come,” and “Beat the Champ,” a record-length celebration of professional wrestling from 2015. But perhaps that is the most sensible thematic concept yet: With their driving energy, unrelenting intensity, and cinematic imagery, up-tempo Mountain Goats songs often feel like miniature motion sequences. The playfully self-aware “Training Montage” just makes it explicit. ZOLADZ

Warm, slow guitar strums carry Kyshona’s voice — her lead vocals and gathering harmonies — as she urges someone to search out themselves and speak out: “I believe you understand just what you wish now/You’ve gotta say it out loud.” Kyshona doesn’t specify any agenda or identity, nevertheless it’s probably no coincidence that the song arrives firstly of Pride Month. PARELES

Beth Orton, who has been quiet for six years, plunges deeper into her past obsessions on “Weather Alive,” the primary song from an album due in September that she produced herself. Those have included Minimalism, funk, English folk melodies, electronics, nature, sorrow, jazz and meditation, and all of them drift through “Weather Alive,” with Orton offering modal vocal phrases and marveling, “The weather’s so beautiful outside/almost makes me wish to cry.” PARELES

The gorgeously eerie title track of Poliça’s latest album, “Madness,” basks uneasily in its own amorphousness. Edgeless tones of electronics, guitar and violin materialize and fade away, never quite claiming a beat, as Channy Leaneagh sings a few relationship that could be revelatory, penitent or toxic. “I got here here to destroy,” she whisper-sings, and at the top, she asks, “Will we even love in any respect?” PARELES

A percussionist whose credits vary from experimental jazz to R&B, JoVia Armstrong leaves the online of her influences billowing open on her latest album, “The Antidote Suite,” which was recently commissioned as a part of the art exhibition “The Black Index.” Created along with her group, the Eunoia Society, the whole album has the humid magnetism of a weather pattern, and on “Meditations on Oya” — a paean to the Yoruba water deity, who has the ability to bring rain and to hold souls to the afterlife — Armstrong’s Midwestern background shines through: The track appears like a Chicago house track that wasn’t, with a laconically pulsing bass; lone, spaced-out piano chords; and distant, oohing vocals. Eventually, Jeff Parker closes the song with a distorted guitar solo. Playing above and around all of it is Armstrong, using her self-built percussion kit, centered on the Afro-Latin cajón. RUSSONELLO