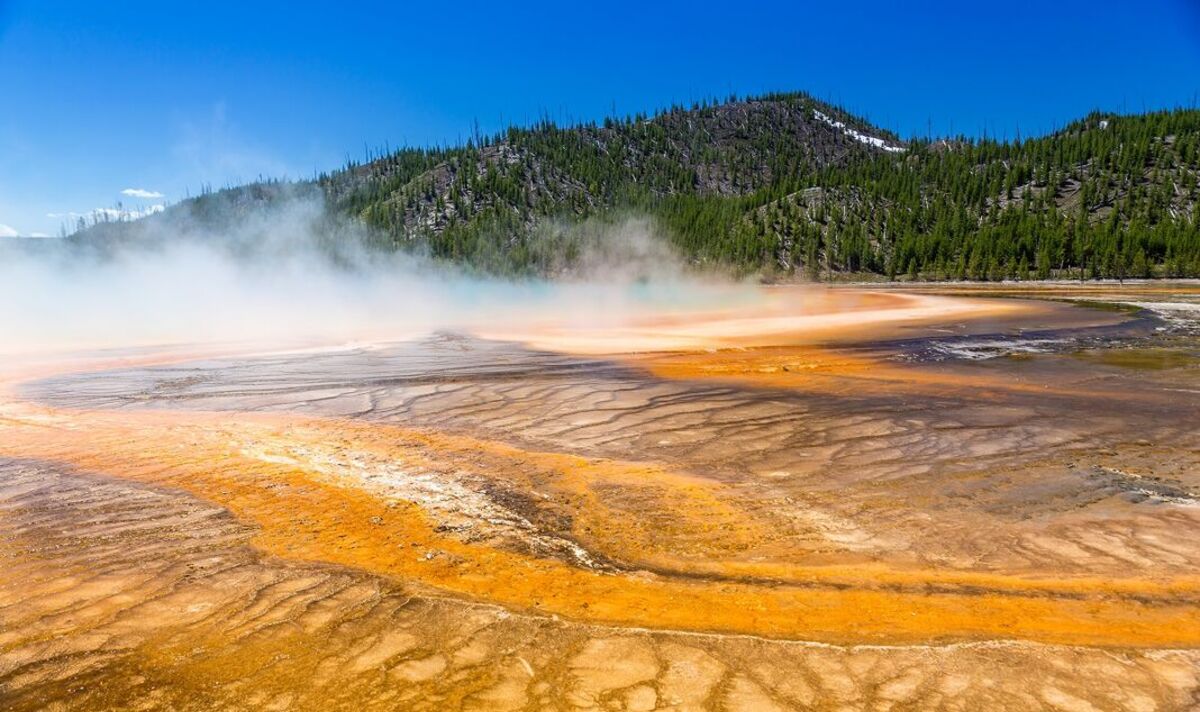 More molten rock lurks beneath the Yellowstone Caldera — also often called the Yellowstone Supervolcano — than was previously thought, a latest study reports. Positioned within the Yellowstone National Park in Wyoming, the supervolcano is believed to have undergone its last major eruption around 640,000 years ago. Past research revealed that there are two large magma reservoirs beneath the caldera — with one situated just under the surface, and the opposite a number of miles down.

The study — undertaken by geophysicist Professor Ross Maguire of the University of Illinois and his colleagues — involved the analysed some 20 years of seismic data collected within the Yellowstone site, which was incorporated into supercomputer models.

The researchers explain that the ratio of molten rock to crystals within the upper magma reservoir is a reliable indicator of how close the supervolcano is likely to be to erupting.

Previous investigations had suggested that the rock-to-crystal ratio within the near-surface reservoir was around 9 percent — a figure that might suggest that the volcano was nowhere near the edge needed for an eruption.

Prof. Maguire and his colleagues’ evaluation, nevertheless, has found that the ration is probably going much higher than was previously thought.

Collating twenty years’ value of seismic data, the researchers’ supercomputer model indicated that the upper reservoir is each larger and more molten than predicted.

Specifically, the team’s evaluation has indicated that the upper reservoir is around twice as large as had been previously estimated, spanning a whopping 383 cubic miles.

And the rock-to-crystal ratio, they found, is more prone to be within the ballpark of 16–20 percent — also as much as double as previous estimates had determined.

Nevertheless, the team noted, this doesn’t mean that an eruption is imminent, because the ratio is well below the edge needed to set off a volcanic episode.

READ MORE: End of the world warning: Lack of preparation for civilisation-ending eruption

The researchers wrote: “Mobilisation and eruption of a crystal much is feasible when the melt fraction is feasible exceeds the critical threshold that marks the transition form a crystal-supported framework to a fluid suspension of crystals, which is accompanied by a dramatic viscosity decrease.

“Estimates of the critical melt fraction range from roughly 35 percent to roughly 50 percent melt — thus, the melt fraction we estimated is substantially lower than what could be expected if a big fraction of the Yellowstone reservoir were within the eruptible stage of its life cycle.”

They added: “Although our results indicate that Yellowstone’s magma reservoir comprises substantial melt at depths that fueled prior eruptions, our study doesn’t confirm the presence of an eruptible body or imply a future eruption.

“Strain events reminiscent of latest magma intrusions or tectonic deformation that would begin to mobilise and concentrate magma would likely be accompanied by a number of dynamic processes evident to ongoing geophysical and geochemical monitoring.”

In an associated commentary paper, volcanologist Professor Kari Cooper of the University of California, Davis — who was not involved in the current study — concurred that the outcomes of the study “don’t indicate that an eruption is more likely than previously thought.

“The uncertainty about how melts are distributed implies that more melt isn’t necessarily more hazardous, and continuous and careful monitoring of the volcano by the USA Geology Survey and partners within the Yellowstone Volcano Observatory has shown no indication of surprising activity.

“Nevertheless, with concerted and targeted efforts at understanding processes beneath the surface that result in eruptions — along with monitoring what volcanoes are doing today — the ambition of understanding what makes volcanoes do what they do is coming closer.”

The complete findings of the study were published within the journal Science.